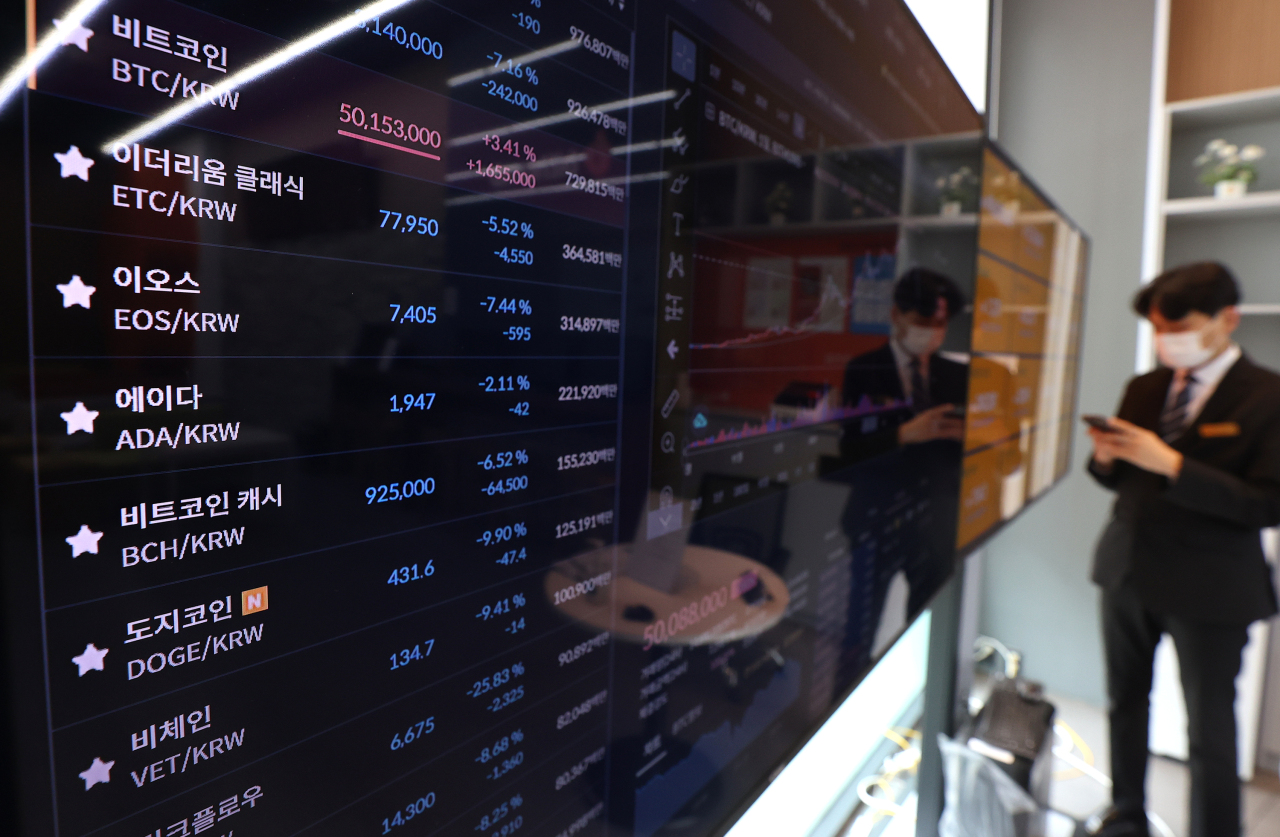 Cryptocurrency markets continued to experience a sellout on Thursday, triggered by a combination of negative news including China’s latest regulations.

According to CoinMarketCap, a market data tracker, some 900 trillion won ($794 billion) worth of cryptocurrency was lost within less than 24 hours as of Wednesday night. That is twice as much as Samsung Electronics’ market capitalization, which stood at 474 trillion won Thursday.

Analysts attributed the market crash to a combination of several factors, including China’s crackdown, Elon Musk’s tweets and inflation concerns.

“The concern over a rapid rise in inflation in the US that might result in tapering and excessive fandom of Elon Musk contributed to extreme volatility,” HI Investment & Securities analyst Park Sang-hyun said. Tesla last week suspended a plan to accept Bitcoin payments for its cars, triggering a fall last week.

Investors and experts are divided over whether Bitcoin and other cryptocurrencies have hit rock bottom.

Ark Investment Management CEO and CIO Cathie Wood on Wednesday told Bloomberg TV that the value of Bitcoin would still rise to $500,000, adding that the digital coin is “on sale.”

But Kim Ki-sik, the head of the Korea Institute for the Future, urged investors to remain extremely cautious.

“I can tell you with 100 percent certainty that there will be more plunges, even bigger ones,” Kim, who briefly served as head of the Financial Supervisory Service in 2018, said during a KBS radio show on Thursday.

“As the influence of cryptocurrencies rises, financial regulators across the world will feel the need to have a tight grip on the digital assets. This alone can drive a selloff.”

Kim warned that those who jump into the market thinking that digital coins are affordable now might end up losing a lot of money.