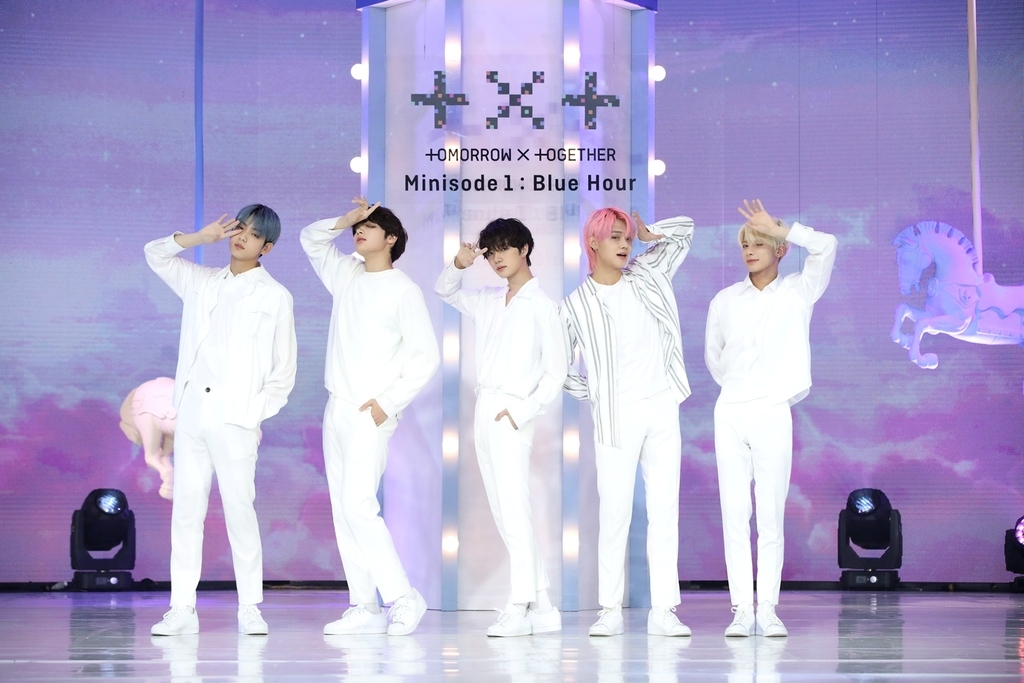 The boy band will perform "We Lost the Summer," the main track of its third EP "Minisode 1: Blue Hour" on April 16 (US time), in its first-ever appearance on an American talk show, according to Big Hit Music.

TXT made its first American television outing on cable music network MTV's "MTV Fresh Out Live" in May last year.

Since its debut in 2019, the five-piece act has built a reputation for releasing relatable songs for teenage listeners. "Minisode 1: Blue Hour," for instance, carries five songs inspired by everyday life narratives of teenagers amid the pandemic.

Released in October, the album debuted at No. 25 on the Billboard's main albums chart in a record for the band. Its debut album, "The Dream Chapter: Star," released in March 2019, entered at 140th on the chart. (Yonhap)