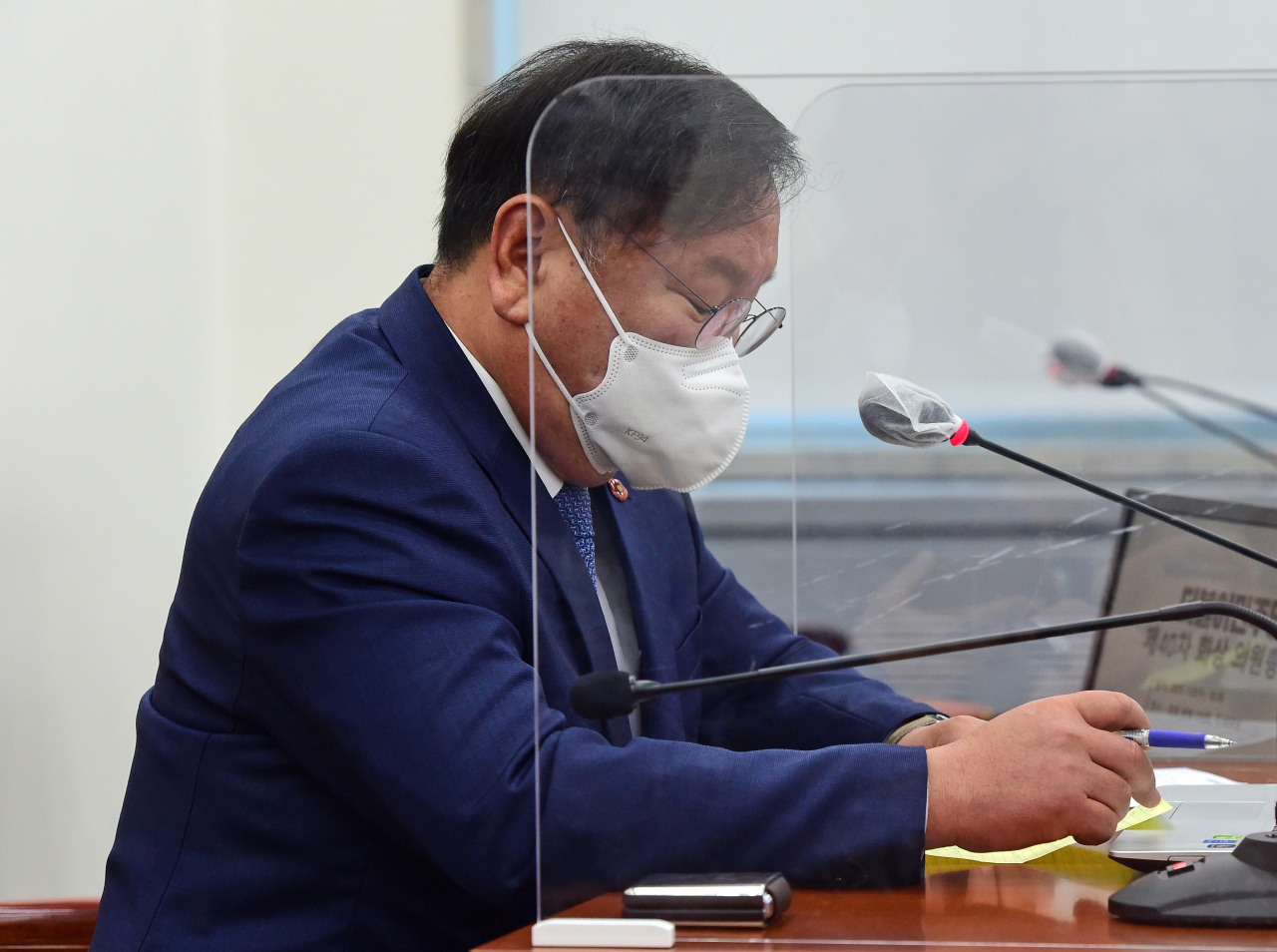 "Taking responsibility for the results of the elections, all (members of) the DP leadership are stepping down," Rep. Kim Tae-nyeon, the party's acting chairman and floor leader, said in a press conference at the National Assembly.

The party will hold a convention to pick a new chairman on May 2, a week earlier than initially planned, and an election for a new floor leader on Friday next week, according to party officials.

"Through the election this time, the people have given the DP a lot of tasks," Kim said and promised thorough efforts for innovation.

The party with 174 members in the 300-seat National Assembly suffered a crushing defeat in Wednesday's by-elections for 21 local posts, including the mayors of Seoul and Busan. (Yonhap)