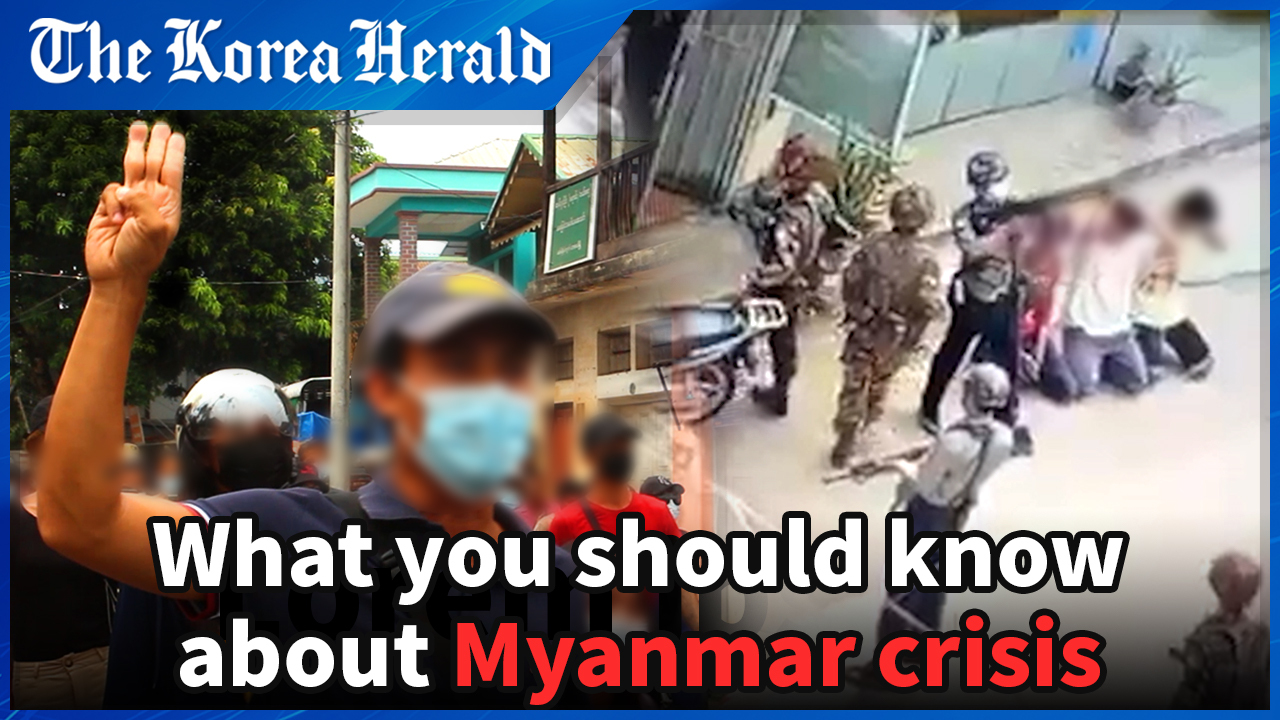 The crisis in Myanmar has continued for over two months since the military coup on Feb. 1. Civilians have carried out mass protests to restore freedom and democracy. The armed forces have responded with brutal crackdowns across the country, leading to hundreds of dead victims including young children.

“I want the world to know what is going on in Myanmar is not a war,” said Shwe Moe, a Burma-born writer residing in South Korea. “A war is two sides with weapons. It is just terrorism because the soldiers are killing to scare people.”

Moe told The Korea Herald that the armed forces had warned Burmese civilians not to participate in protests and demonstrators would be shot.

“Now people stay home, but (the soldiers) are shooting into houses. So people in Myanmar are like prisoners,” she said. “They can’t sleep.”

Moe used to be able to get in contact with civilians in Myanmar who would send her visuals of the brutality from the military and police so she could spread them to the world through the web and media.

But delivering the citizen reports has become nearly impossible because the junta has cut off the internet and landlines in the Southeast Asian country, she explained.

“There is a new phenomenon happening inside Yangon, Mandalay or even the rural villages. They are running away,” another democracy activist said in a recent interview with The Korea Herald. The activist wished to remain anonymous due to concerns about the safety of their family in Myanmar.

“If you are living in a village and there happens to be a military station near your place, you have to move. You have to put everything away and just move to another place,” the activist said.

That is because the military would simply break into the civilians’ houses and take people away for no specific reason, the activist added.

“If you are in Korea and you get robbed or if you get into a fight inside the train, you can just go to the police and tell your side of the story, right?” the activist said.

“But that does not happen here. That is why people in Myanmar are (saying) that they are not even the military and police. They should not be called that way. They are simply terrorists.”

In regards to what the global community can do to help ease the unrest in Myanmar, the anonymous activist said the military does not care about the statements or even the sanctions because they have not cared about those for more than 20 years.

Instead, the activist called for actions such as putting pressure on the companies and enterprises working inside Myanmar to stop them from maintaining financial ties with the junta.

“It is a global issue because they are destroying democracy,” Moe said. “I know many good people in the world who can help and want to help Myanmar. So please tell your government to give strong support to Myanmar and whenever you can, just talk about Myanmar, in the elevator, in front of a coffee machine, just everywhere.”