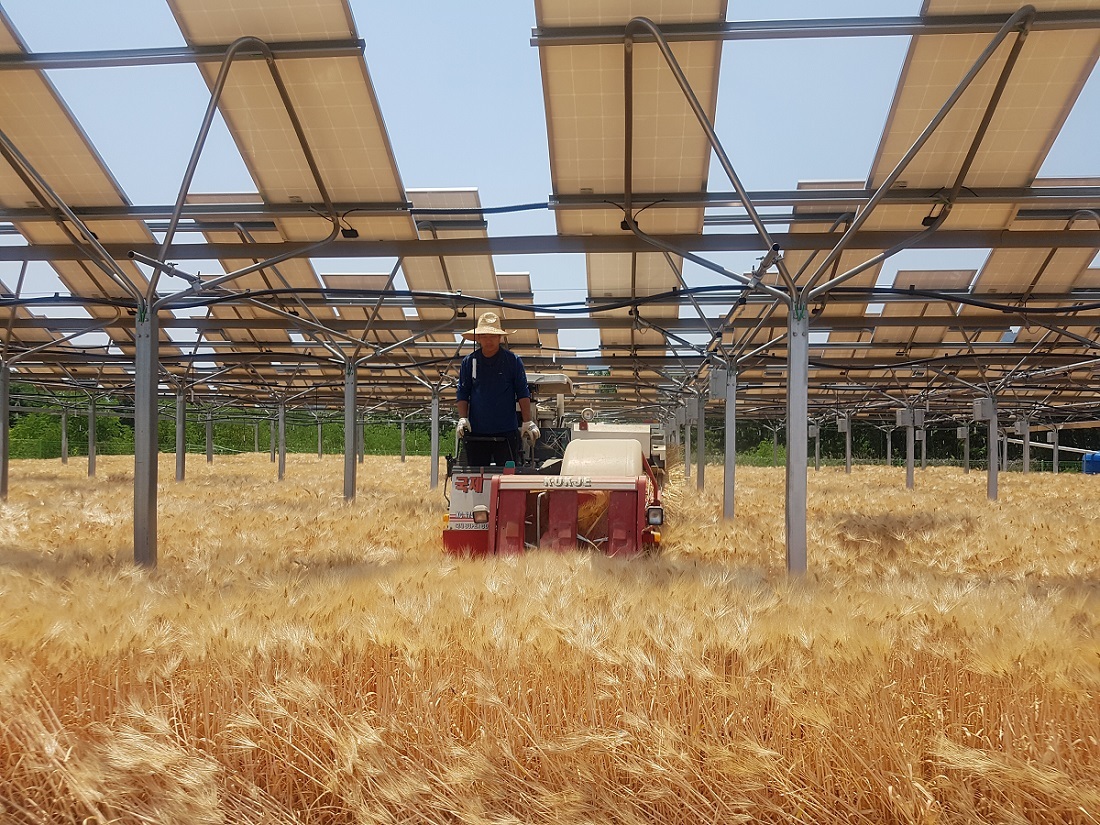 A farm installed with solar panels above crops. (Hanwha Q Cells)
South Korea will launch a pilot study into dual-use solar farms where panels are installed above crops so as to maximize the use of limited land space while striving towards a renewable future.

Hanwha Q Cells will join a consortium led by Yeungnam University to research and develop necessary systems and standardize the solar farm model. MDS, a local solar company, is also participating in the project.

“Solar panels and crops can coexist because crops have limits in the amount of sunlight they can absorb. For example, rice plants require sunlight for five hours a day for photosynthesis. The idea is to generate electricity with solar panels when crops don’t need sunlight anymore,” a Hanwha Q Cells official said.

Together with its partners, Hanwha Q Cells, a unit of the chemicals-to-construction conglomerate, will be in charge of developing small-sized solar panels to minimize shadows. The solar panels will be installed 3.5 meters above the ground on steel structures to give enough space for farming machines to work underneath.

According to two feasibility tests conducted by Yeungnam University, the growth of crops was not affected when they were harvested underneath solar panels. Heavy metals weren’t detected in the soil and the soil condition was the same as that of ordinary farms, test results showed in 2017. 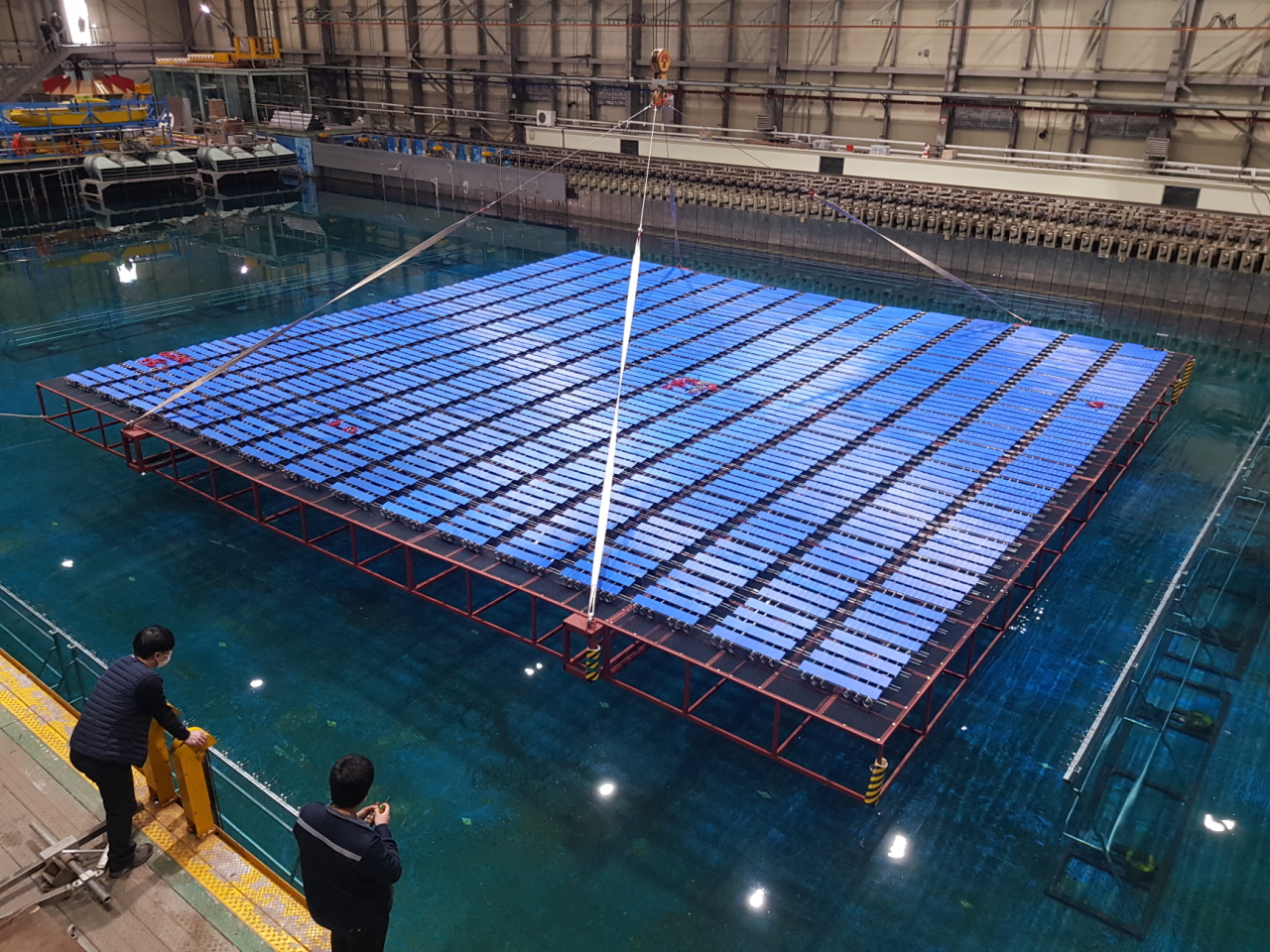 In a separate development, Korea Hydro & Nuclear power said Wednesday that it has developed the country’s biggest floating solar panel for oceans.

The state-run utility has successfully completed the performance test of a 14-by-15-meter floating solar panel inside a water tank of the Korea Research Institute of Ships & Ocean Engineering in Daejeon, it said.

Floating solar panels for oceans, unlike those for reservoirs, have to endure harsh conditions such as tides, waves and salty water, according to KHNP.