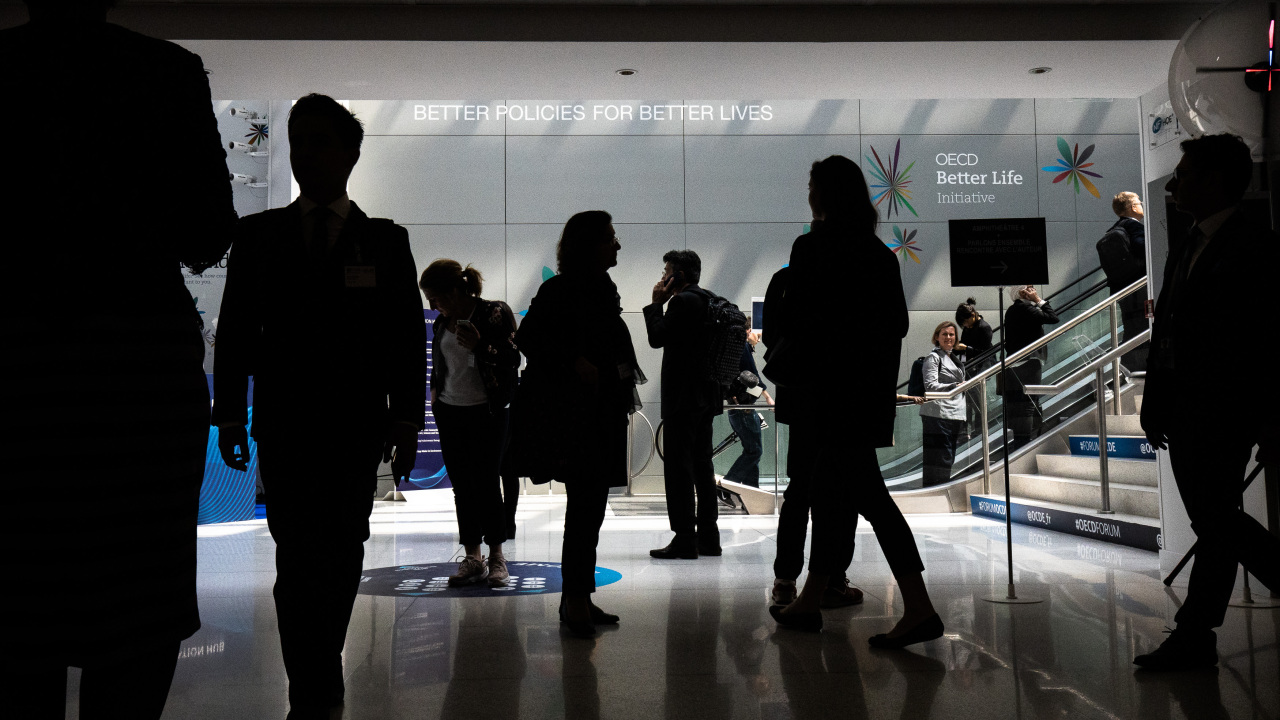 And despite its relatively successful handling of the pandemic, Korea’s ranking made little progress in 2020.

In a comparison by the French-based organization of 31 of its members, Korea ranked 24th. The OECD has yet to publicize the 2020 data for six of its 37 members -- Denmark, Germany, Greece, Iceland, Mexico and the UK.

Korea lags far behind its Asia-Pacific neighbors, such as Japan, which was third among the 31 members with a 77.3 percent employment rate. New Zealand was fourth, with 76.8 percent, and Australia ninth, with 72.7 percent. 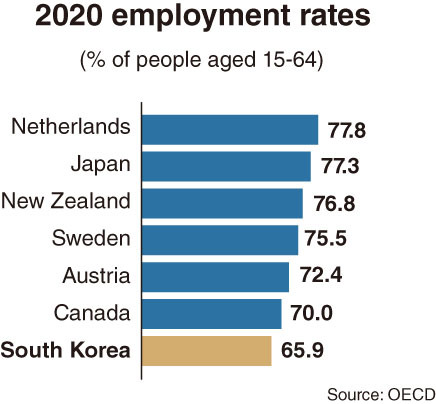 (Graphic by Kim Sun-young/The Korea Herald)
Some emerging economies also outstripped Korea, including The Czech Republic with 74.4 percent, Estonia with 73.7 percent, and Lithuania with 71.6 percent.

Switzerland topped the list at 79.9 percent, followed by the Netherlands at 77.8 percent.

As for the OECD comparison of those aged between 15-24, Korea posted a 25.2 percent employment rate.

Korea also ranked behind Poland with 28.4 percent in the youth employment rate, Turkey with 29.2 percent, Latvia with 29.6 percent, Colombia with 34.2 percent and Estonia with 35.3 percent.

Adding to the problems in Korea’s job market, the portion of nonregular positions -- which includes dispatched workers, part-timers and those in temporary employment -- now make up more than a third of all jobs.

According to the OECD, temporary workers made up 24.4 percent of all salaried workers, the fourth highest out of 34 countries in the OECD as of 2019. Three of the 37 economies were not included in the comparison.

A temporary employee is defined as a salaried worker whose job has a predetermined termination date.

The figure is aggravating worries over job security, as it remains quite high compared to the OECD average of 11.8 percent.

In the UK, 5.2 percent of jobs are temporary. Hungary showed 6.6 percent, with New Zealand at 7.8 percent, the Czech Republic with 8.3 percent, Ireland with 9.8 percent, Belgium with 10.9 percent and Turkey with 11.6 percent.

According to Statistics Korea, nonregular workers made up 36.3 percent of the country’s salaried workers in august 2020, up 3.4 percentage points from just three years earlier.