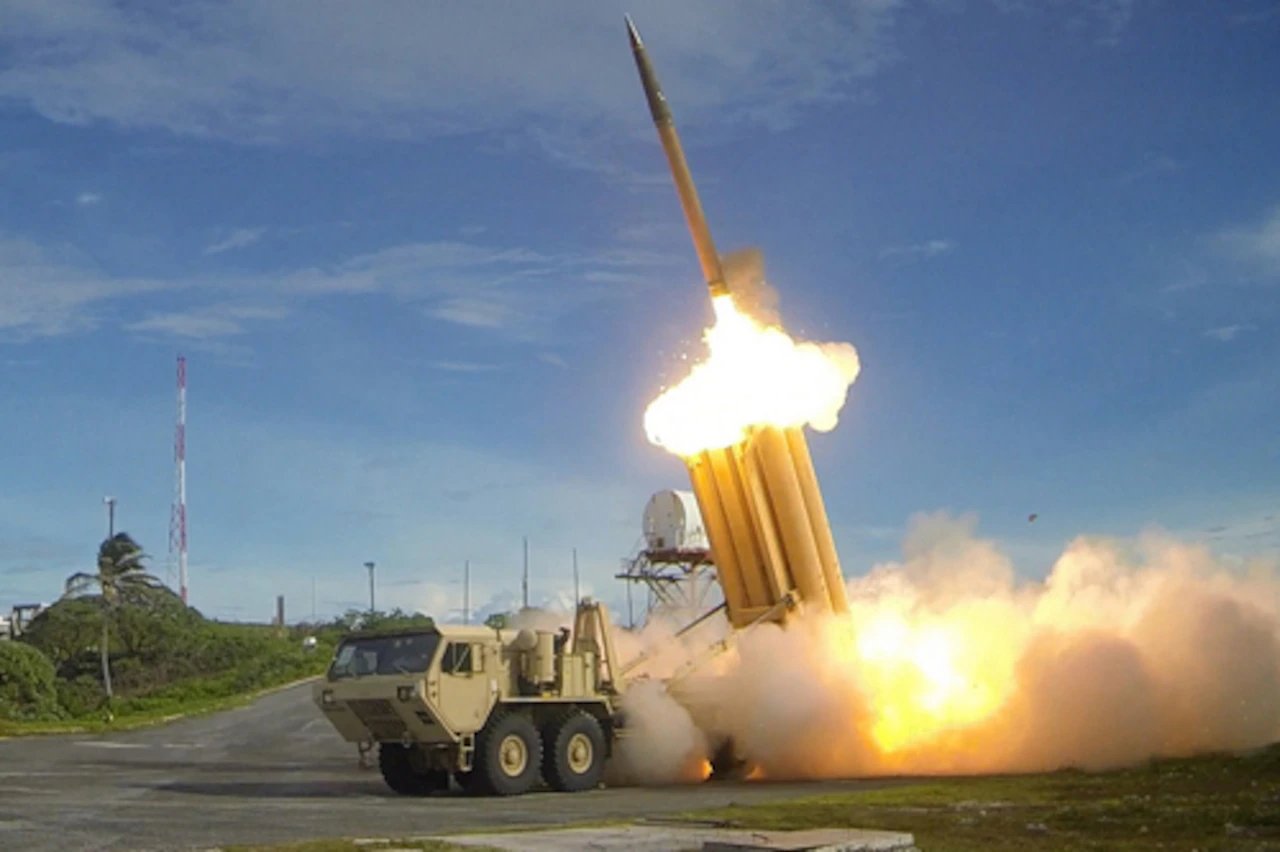 The Terminal High Altitude Area Defense system is displayed in this photo provided by the US Missile Defense Agency and Lockheed Martin.
Delays in building a US base in South Korea to host the Terminal High Altitude Area Defense anti-missile system have been a fact of life for the past four years. But the two allies may soon find themselves at odds as Washington demands better living conditions for its personnel handling the THAAD system.

In April 2017, South Korea brought in a THAAD battery to counter mounting threats from North Korea. But the living accommodations for the soldiers who live at the site remain inadequate, as South Korea has dragged its feet on approving a permanent US base because of pressure from China and local protesters.

China responded to THAAD with economic retaliation, saying its powerful radar could be used to spy on the Chinese mainland, while residents of nearby villages in Korea say the radar poses health risks. Korea has been putting off an environmental assessment.

About 400 Korean and American soldiers handling THAAD are living on the edge because local villagers are blocking the only road leading up to the battery site. The US military has had to send helicopters to deliver what the makeshift base needs.

Recently Seoul was asked to do something about the situation, which Washington called “unacceptable,” according to local news outlet Chosun Ilbo. It said US Defense Secretary Lloyd Austin had expressed discontent with the living conditions at the base during his trip here the previous month.

“I’m not going to confirm anything. But we’re in consultations with the US and the villagers,” said Boo Seung-chan, spokesperson for Seoul’s Defense Ministry.

Villagers who live in Seongju County, North Gyeongsang Province, which houses the THAAD battery, have demanded that the military remove the system altogether, refusing to acknowledge an informal government review of its radar that showed low levels of risk to public health.

Meanwhile, the government has yet to start working on a formal study, which would take at least a year. President Moon Jae-in, who came to office after the THAAD deployment, ordered the study in July 2017, and leaves office in May 2022. He had wanted a full debate on the subject before putting up the system.

“Moon’s running out of time. A working missile base will not happen on his watch. But what Austin asked for -- giving the personnel basic necessities like hot water, quality food and a decent place to sleep -- could be done,” said Shin Jong-woo, a senior analyst at the Korea Defense and Security Forum.

The villagers could let the military in, as they have on a few occasions to permit the delivery of food and necessities, and China would not pursue economic retaliation right away because doing so would not be a strategic move at a time when Beijing needs Seoul on its side more than ever, Shin said.

On Saturday, the Korean and Chinese foreign ministers met and agreed to resume senior-level security talks involving their foreign and defense ministers. The meeting, which have taken place twice since 2013, came to a halt shortly after Seoul deployed the THAAD battery over protests from Beijing.

China is seen as attempting to reel Korea in as Washington is seeking to mount a stronger democratic alliance with Seoul and Tokyo to push back against what it sees as an increasingly belligerent Beijing.

Shin said the Moon government, which needs help from the new US administration for a last-minute breakthrough in the frayed inter-Korean ties, will respond to Austin’s request even if that involves forcibly disbanding the villagers blocking the base, something Moon has so far avoided doing.

“The villagers no longer have a leg to stand on. There is no lethal radar but there is a growing North Korean threat,” Shin said. North Korea tested new ballistic missiles two weeks ago. Military experts said the latest weapons could neutralize South Korea’s missile defense systems.