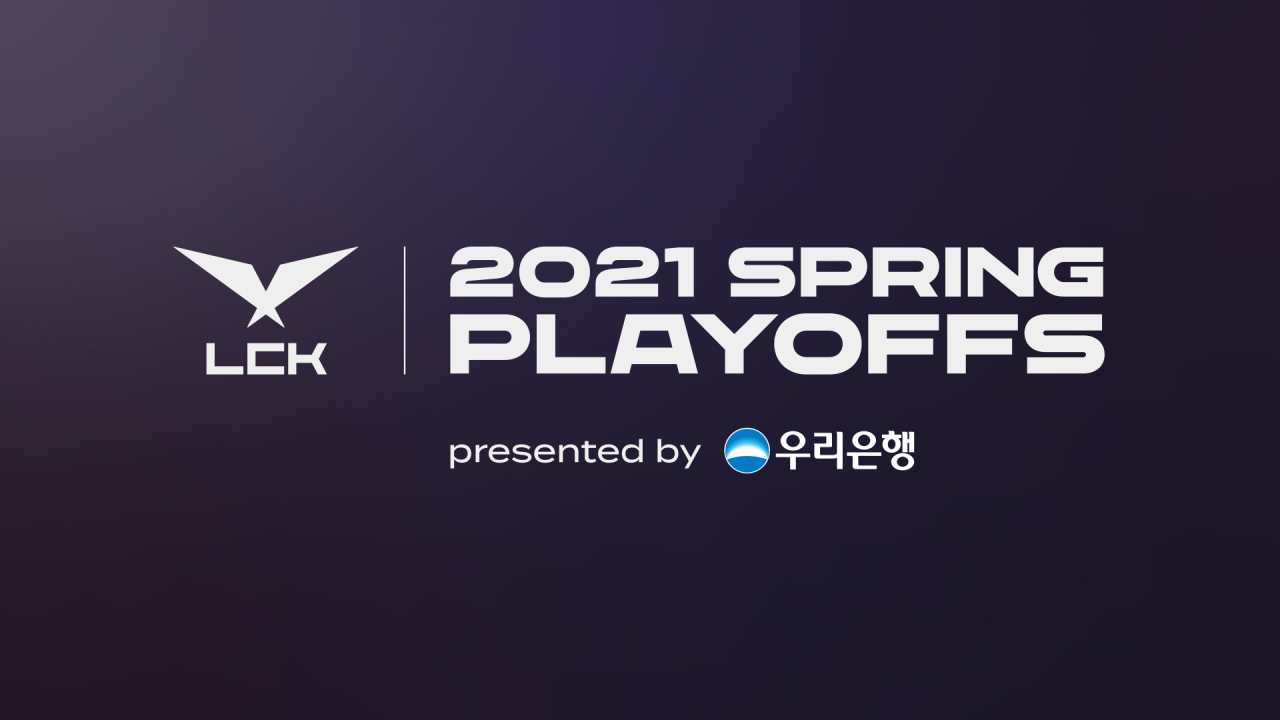 LCK Spring Playoffs logo (Riot Games)
With one week remaining in the League of Legends Champions Korea Spring regular season, all but one of the six teams advancing to the playoffs starting March 31 have been decided.

2020 LoL World Championship winner DWG KIA continued their dominance in the second round to capture the No. 1 spot in the regular season and are heading directly to the second round of playoffs.

However, there are still a number of hurdles that DWG must overcome. On Thursday, the team lost to Gen.G Esports, currently ranked second, ending their 12-game winning streak, though nothing was at stake for DWG as they had already secured first place.

Furthermore, DWG’s Heo “ShowMaker” Su said that his arm and hands have been shaking uncontrollably since last week, causing his mouse to go wild and his skill shots to miss. After a hospital visit and turning down his mouse sensitivity, he was able to play in his usual form on Sunday, but fans remained worried.

“My wrist condition isn’t so bad that I can’t play the game, so fans don’t need to worry. I will take care of myself in order to perform well in the remaining games,” said Heo in a post-match interview on Sunday.

The fight for second place is now between Gen.G and Hanwha Life Esports. With a 12-5 record, Gen.G will automatically secure second place should they win their final match of the season against DRX on Friday. With a 11-5 record, the only chance Hanwha has of coming in second is for them to win both of their remaining matches against Fredit Brion and T1 and for Gen.G to lose, due to set score difference. 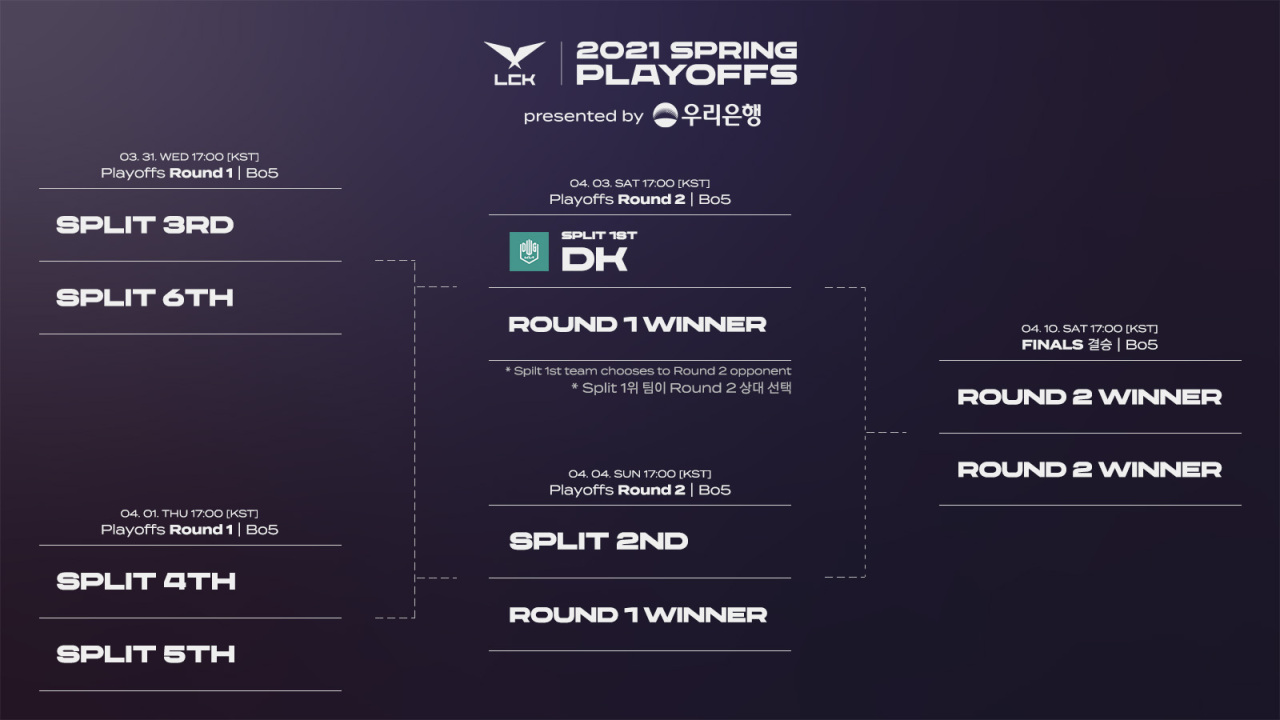 The new LCK playoff tournament format, with DWG KIA having secured its spot in the second round (Riot Games)
The other two teams that have secured playoffs are T1 and DRX.

T1’s 10-man roster has been a hotly debated topic throughout the season as constant changes to starting members by T1 coach Yang “Daeny” Dae-in did not yield the results that fans expected for the celebrated team at the start of the second round.

After many roster changes and criticism from fans, players and esports communities, T1 seems to have settled with Canna, Cuzz, Faker, Teddy and Keria as their starting roster for now, but that may well change. With that roster from last year’s spring champions plus Keria, T1 was able to go win two games last week for a four-game winning streak, raising fans’ hopes as playoffs draw near.

On the other hand, DRX is in a tight spot, despite securing its playoff ticket.

After losing to T1 and DWG last week, going 0:2 in both games, the team is now on a three-game losing streak.

Although the team full of rookies and Hong “Pyosik” Chang-hyeon showed a strong performance at the beginning of the season by making surprising comebacks and qualifying for the playoffs against all odds, the team failed to win in recent games as other teams became more coordinated. DRX players will hope to raise their confidence levels heading to the two matches this week before the playoffs, but one of them is against DWG. Still, an upset win could prepare them for the playoffs.

Meanwhile, the fight for the last spot in the playoffs is fierce as four teams -- Nongshim RedForce, Liiv Sandbox, KT Rolster and Fredit Brion -- battle until the very end.

With a 6-11 record, Nongshim RedForce has the highest chance of making the playoffs as they will qualify should they win all their remaining games. The other three teams sit with a 5-11 record. However, with multiple matches between the four teams this week, every game is expected to count.

Sitting at the bottom with no chance of going to playoffs is Afreeca Freecs with a 4-13 record. With veteran players in each role, the team is considered the strongest last place team in LCK history and Afreeca’s match against Liiv Sandbox on Friday will still impact the standings greatly.

The LCK Spring Playoffs will begin March 31, with the finals taking place April 10. Last year’s finals between T1 and Gen.G drew 1,074,931 viewers at its peak.

The winning team will receive 200 million won ($177,000) in prize money and will represent LCK at the Mid-Season Invitational in Iceland in May against the winners of each region.