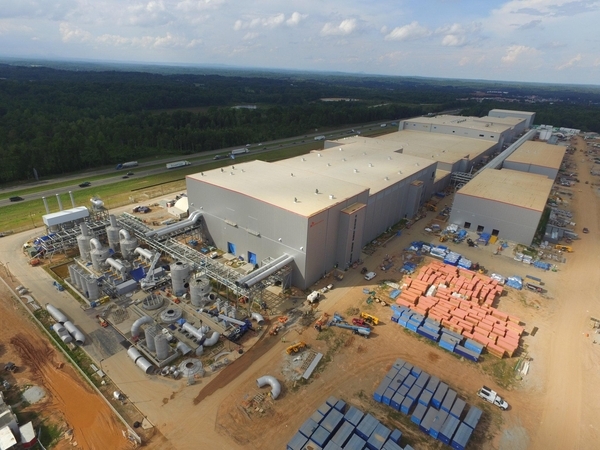 SK Innovation has asked the US president to intervene in its battery patent fight with LG Energy Solution, saying it might have to “abandon” a $2.6 billion production base in Georgia after its defeat last month in the top US trade court.

Making a case for a presidential veto of the court decision, the South Korean firm gave a presentation to US government officials, which the Wall Street Journal reported underscored that the Georgia plant will create 2,600 new jobs and contained so far undisclosed plans to expand the complex by investing another $2.4 billion, which would create an additional 3,400 jobs by 2025.

SK is pinning hopes on the White House to salvage its US business after the US International Trade Commission, in its final ruling on Feb. 10, imposed a 10-year ban on the firm’s import of lithium-ion battery products to the US, saying that SK had stolen trade secrets from LG.

The punishment, which has a grace period of up to 4 years, would derail the operation of SK’s two battery factories under construction in Georgia.

By law, President Joe Biden and the United States Trade Representative have 60 days to review the case and decide whether to veto the USITC decision. No USITC decision on trade secret cases has ever been overturned.

According to industry sources, SK Innovation’s battery order backlogs in the US from Ford and Volkswagen are estimated to be worth 20 trillion won ($17.3 billion). Thanks to the grace period of the 10-year import ban, SK Innovation is allowed to continue supplying batteries to Ford and Volkswagen for two years and six months, respectively, once the two battery factories are completed in the US.

To continue supplying batteries after that, SK would have to settle with LG, which is said to be demanding between 2.5 trillion won and 3 trillion won in compensation. Local reports say SK Innovation has offered 800 billion won in settlement money, which LG turned down, asking SK to bring forward a proposition “worth negotiating.”