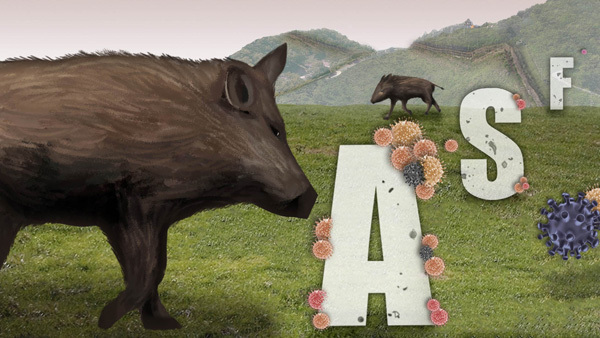 Under the plan, the country will reduce their number to just one per square kilometer at the areas infected with ASF from the current 1.4 by hunting more of them in March and April, according to the Ministry of Agriculture, Food and Rural Affairs.

The number of wild boars nationwide had already decreased to 4.1 per square kilometer as of October 2020, down from six posted a year earlier in line with the efforts to prevent another major outbreak.

The ministry said such moves are especially crucial as bushes growing over the spring make finding remains infected with the virus more difficult. Wild boars also normally reproduce over April and May.

Although the country has not reported ASF cases traced to farms since October last year, cases from wild boars have continued to pile up, reaching 1,138 since 2019.

All infections so far have been reported near the border in the Gyeonggi and Gangwon provinces.

ASF does not affect humans but is deadly to pigs. There is currently no vaccine or cure for the disease.

South Korea also plans to install more fences around pig farms and deploy 150 officials to check the conditions of existing ones. (Yonhap)