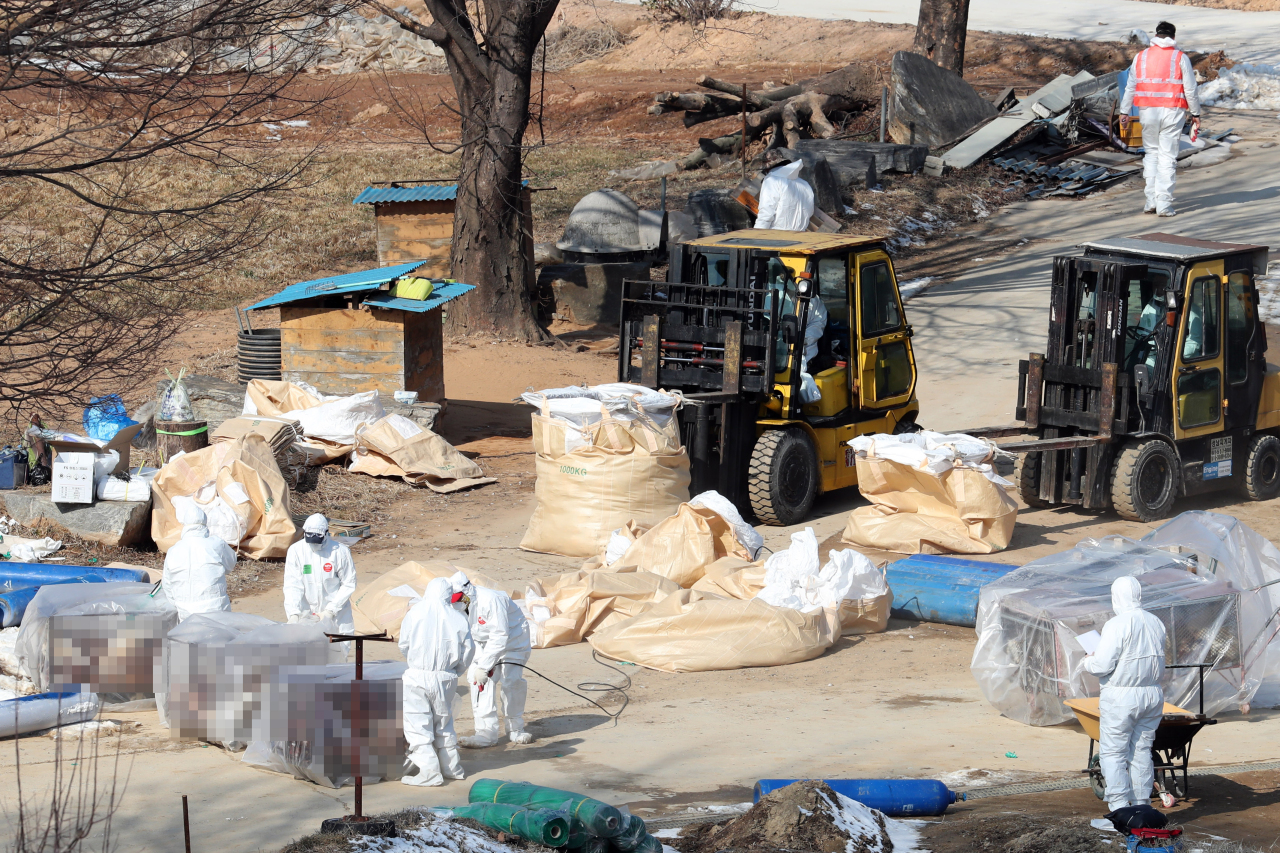 The latest suspected case of the malign H5N8 strain of avian influenza came from an egg farm in Wonju, 132 kilometers south of Seoul, according to the Ministry of Agriculture, Food and Rural Affairs.

South Korea confirmed its 101st case of seriously contagious bird flu from another egg farm in Icheon, south of Seoul, the previous day.

Authorities have culled 28.6 million poultry so far. The country has been culling birds within a 1-kilometer radius of infected farms since mid-February, which was eased from the previous guideline of 3 kilometers.

The local consumer price of eggs continued to grow, rising 48.1 percent on-year over the past week. That of chicken meat, on the other hand, expanded at a narrower margin of 9.2 percent over the period. (Yonhap)