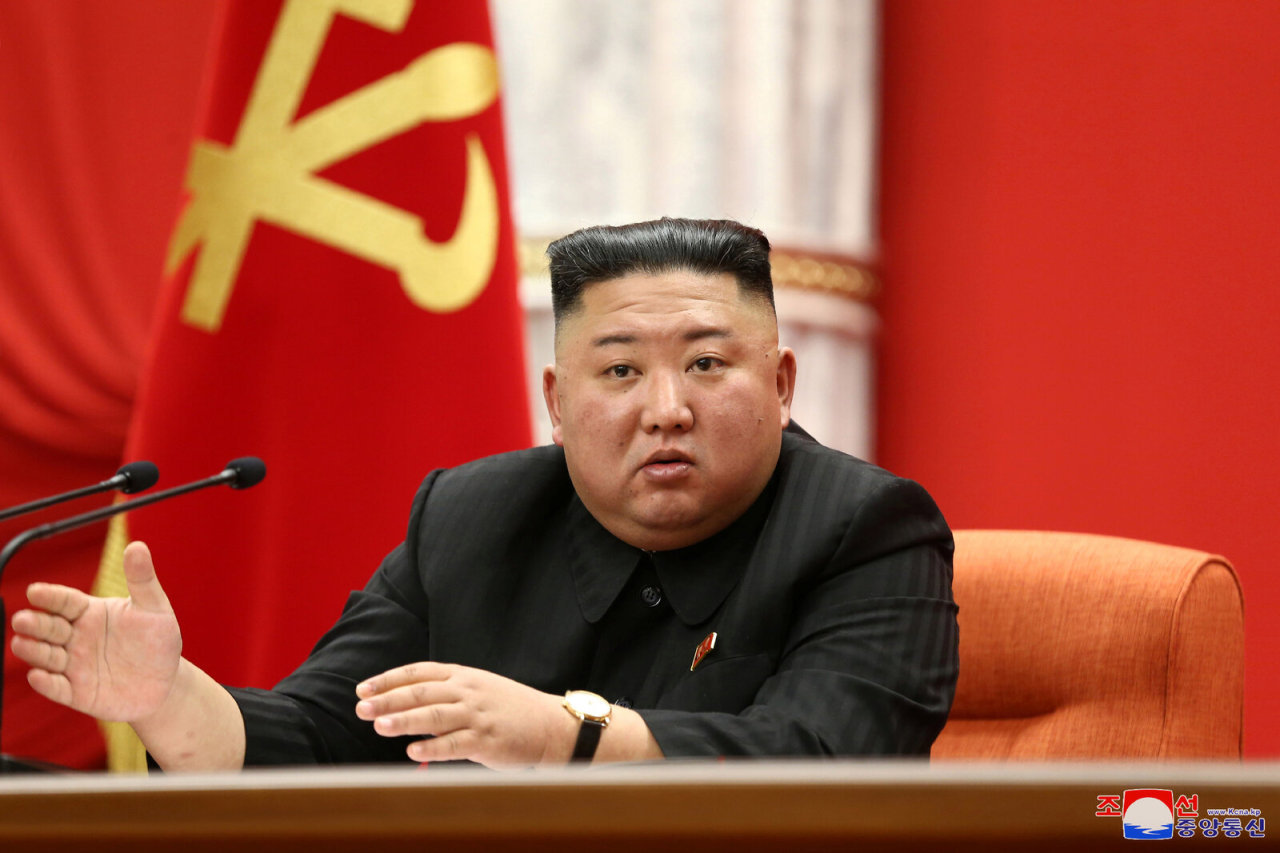 North Korean leader Kim Jong-un speaks during the first plenary meeting of the eighth Central Committee of the Workers' Party in Pyongyang on Jan. 10, 2021, in this photo released by the North's official Korean Central News Agency. (KCNA-Yonhap)
North Korea will convene a congress of the country's largest labor union in May for the first time in about five years to lend support to the decisions and plans unveiled by last month's congress of the ruling Workers' Party, state media said Wednesday.

At the congress of the Workers' Party in early January, the North unveiled a new five-year economic development plan with a focus on self-reliance and other policy directions against the coronavirus pandemic and global sanctions on its regime.

"The 8th Congress of the General Federation of Trade Unions of Korea will take place in the capital city of Pyongyang late in May," according to the Korean Central News Agency.

The congress will "discuss the tasks and ways for fulfilling the mission and duty of the federation... and bringing about a fundamental turn in the work of the federation in the struggle to implement the decisions of the 8th Congress of the Workers' Party of Korea," the KCNA said.

Launched in 1945, the federation is a peripheral party organization consisting mostly of workers aged 30 or older. It last held its congress in October 2016.

The upcoming meeting appears to be part of ongoing rallies and meetings in various sectors in North Korea being held to drum up support for the ruling party that is facing an uphill battle in implementing its new economic development scheme due to the ongoing antivirus fight and biting global sanctions.

State media earlier said that the Kimilsungist-Kimjongilist Youth League, the largest youth association under the Workers' Party, will convene its 10th congress in April for the first time in about four years.

The Socialist Women's Union of Korea, another major North Korean organization consisting of housewives, is also set to hold a congress, state media said, without specifying the date for the event. (Yonhap)