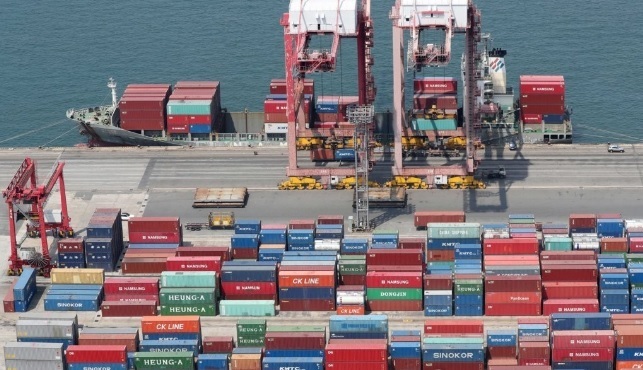 The business sentiment index (BSI) for local manufacturers came to 85 for March, up from 81 for February, according to the data from the Bank of Korea (BOK).

The index measures manufacturers' outlook on business conditions in the following month. A reading below 100 means pessimists outnumber optimists.

South Korea's exports rose 16.7 percent on-year in the first 20 days of February on strong shipments of chips and autos.

The country's outbound shipments stood at $30.4 billion in the Feb. 1-20 period, compared with $26 billion a year earlier.

A modest recovery in exports and investment has helped put South Korea's economy on a growth track.

The BSI for conglomerates came to 94 for March, up from 89 for February, while that of smaller companies reached 74, up from 73.

Meanwhile, the BSI of non-manufacturing businesses came to 73 for March, up from 70 for this month, the BOK said. (Yonhap)