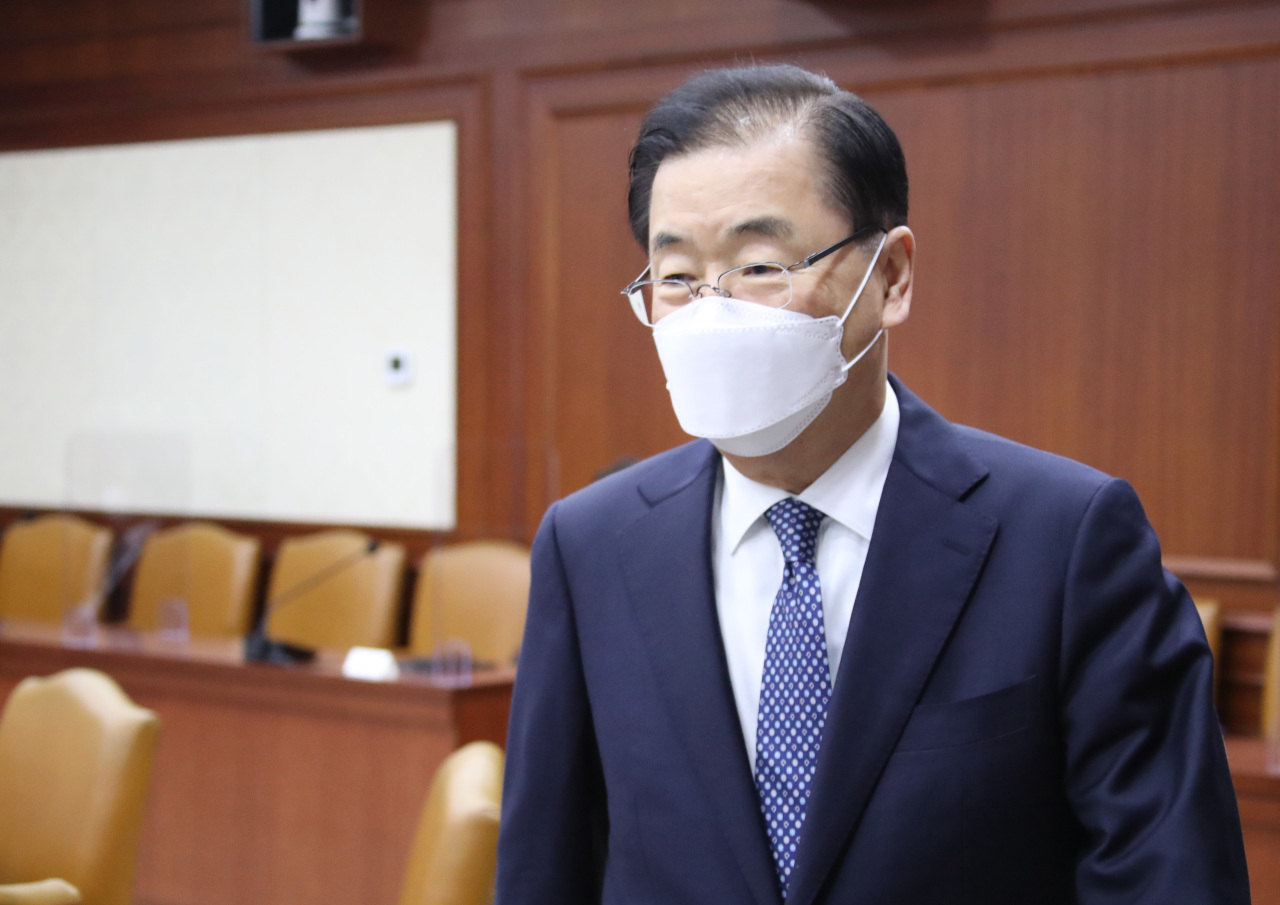 In the phone talks, Foreign Minister Chung Eui-yong agreed with his British counterpart, Dominic Raab, to use upcoming events, like the Group of Seven (G7) summit and the Partnering for Green Growth and the Global Goals (P4G), as occasions to further strengthen cooperation.

It was the first phone conversation held between the two top diplomats since Chung took office early this month.

Chung thanked Britain for inviting Seoul as a guest country to the G7 summit it is hosting this June. He expressed Korea‘s willingness to actively engage in the discussions related to the G7 framework and to resolve other global challenges.

The two sides also shared assessments on the situation on the Korean Peninsula and agreed to work closely together on related regional issues, according to the ministry. (Yonhap)