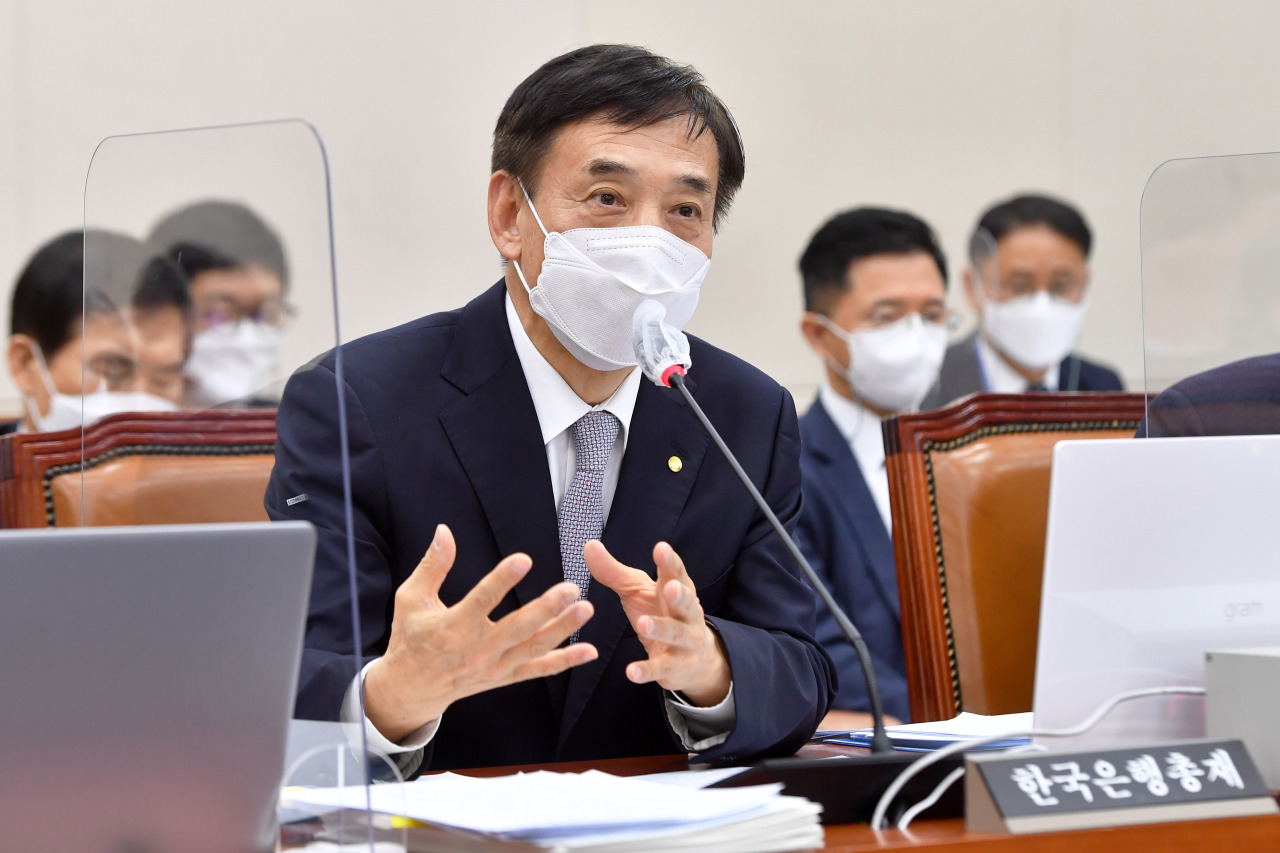 Market liquidity backed by stimulus packages and accommodative monetary policy may have attracted investors‘ attention to cryptocurrency, but they should stay cautious as the digital asset shows sharp price fluctuations, authorities said.

Attending a briefing of the National Assembly Finance Committee, Bank of Korea Gov. Lee Ju-yeol confronted the buying spree of crypto assets, saying they have “no intrinsic value.”

“It appears that the current (Bitcoin) price is experiencing abnormal surge … It is almost hard to understand why it is so high,” he said, adding the price will continue to be extremely volatile.

Not only the central bank chief, but also Vice Finance Minister Kim Yong-beom voiced concerns that digital assets are at risk of overheating.

“As abundant global liquidity moves to find new stores of value, controversy over overheating of the virtual asset market has been intensifying recently,” Kim said during a meeting on macroeconomic and financial issues held in Seoul.

Their remarks came after the price of the original cryptocurrency Bitcoin moved above $50,000 and hit a market capitalization of $1 trillion for the first time last week.

The recent crypto boom has been stoked by purchases from institutional investors and US electric vehicle maker Tesla, which are banking on Bitcoin to replace gold as a hedge.

But Bitcoin dropped 11 percent to $49,794 as of 4 p.m. Tuesday, according to CoinMarketCap data, with skeptical views being expressed by US Treasury Secretary Janet Yellen, who said the coin is an “extremely inefficient way of conducting transactions.” Tesla CEO Elon Musk also recently said the price of Bitcoin and fellow cryptocurrency Ethereum “seem high.”

Meanwhile, Kim pointed to the rapid rise in US bond yields that fuel rises in inflation as a factor potentially causing financial market instability.

“Concerns are growing that inflation is set to rise as expectations for an economic recovery overlap with the prospect of an expansion of government bonds due to the US massive fiscal stimulus package,” the vice minister said. As a result, US Treasury bond yields have risen rapidly, and raw material prices such as oil prices have skyrocketed, he added.

The benchmark US 10-year Treasury note climbed above 1.3 percent for the first time since February 2020 last week, while the 30-year bond also hit its highest level for a year.

“In the case of the equity market, which has been on a bull run, there’s uncertainty surrounding the domestic and overseas economic and financial markets such as inflation concerns and China’s liquidity tightening,” he said.

The government will closely monitor key events that are set to take place in the US this week as “the possibility of further market volatility cannot be ruled out” depends on their outcomes.

Those events include US Federal Reserve Chairman Jerome’s testimony to the Senate Banking and House Financial Services Committees and a floor vote on US President Joe Biden’s proposed $1.9 trillion stimulus bill.