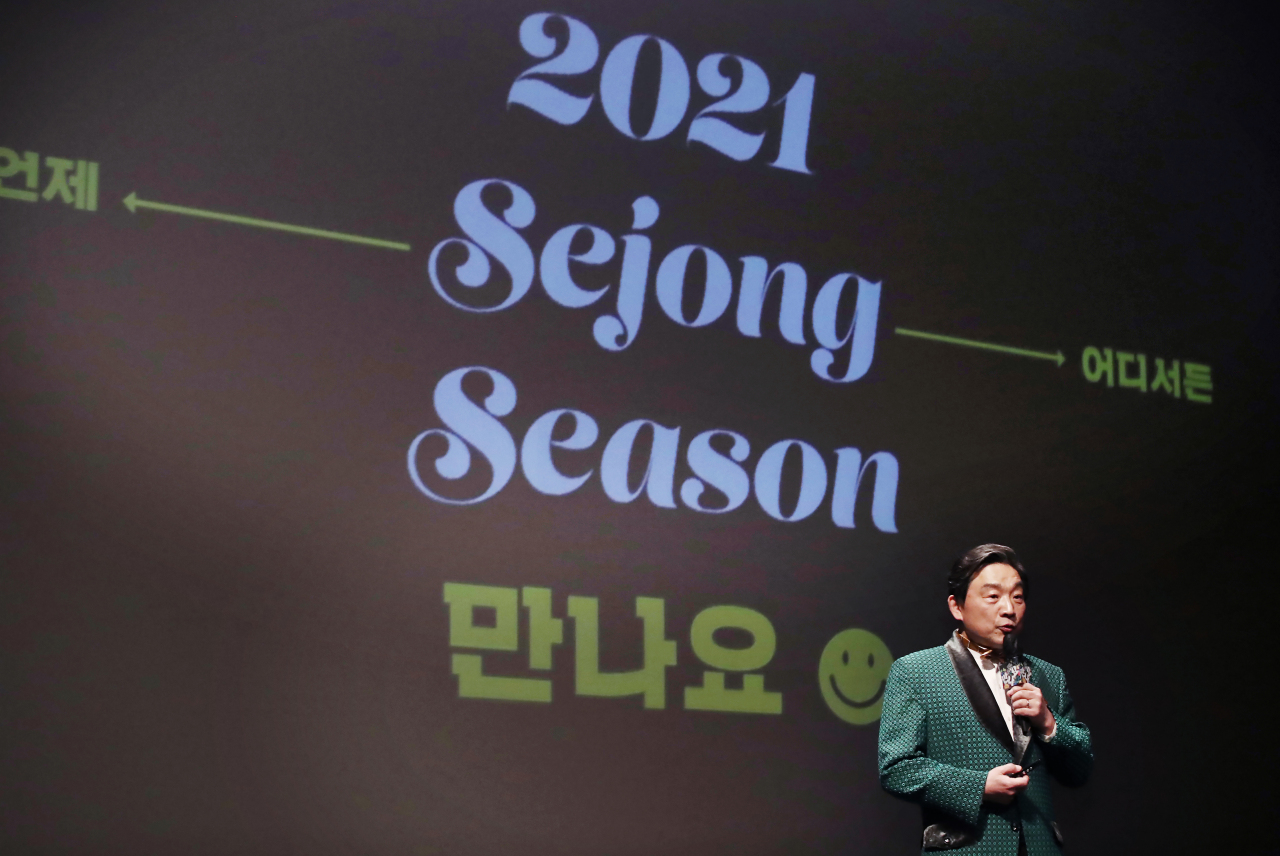 Sejong Center for the Performing Arts CEO Kim Sung-kyu speaks during a press event at the theater in Gwanghwamun, central Seoul, Monday. (Yonhap)
Though constrained by the COVID-19 crisis for the past year, the Sejong Center for the Performing Arts, one of the leading performing arts venues in South Korea, is gearing up for its 2021 season with renewed hopes.

The Sejong Center in Gwanghwamun, central Seoul, is to present 56 performances and seven exhibitions this year.

“Until the Central Disaster and Safety Countermeasures Headquarter calls for the shutdown of performing theaters, the Sejong Center will remain open. If the audiences can come, performances should go onstage,” the center’s CEO Kim Sung-kyu said at a press event Monday.

But in light of the protracted pandemic, the Sejong Center will not sell package tickets this year.

The 2021 season will kick off with the Shakespearean tragedy “Romeo et Juliette,” performed March 25-28 by the Seoul Metropolitan Opera.

One of the most anticipated shows this year is the Vienna Philharmonic Orchestra’s performance Nov. 14. The orchestra will perform under the baton of Italian maestro Riccardo Muti. 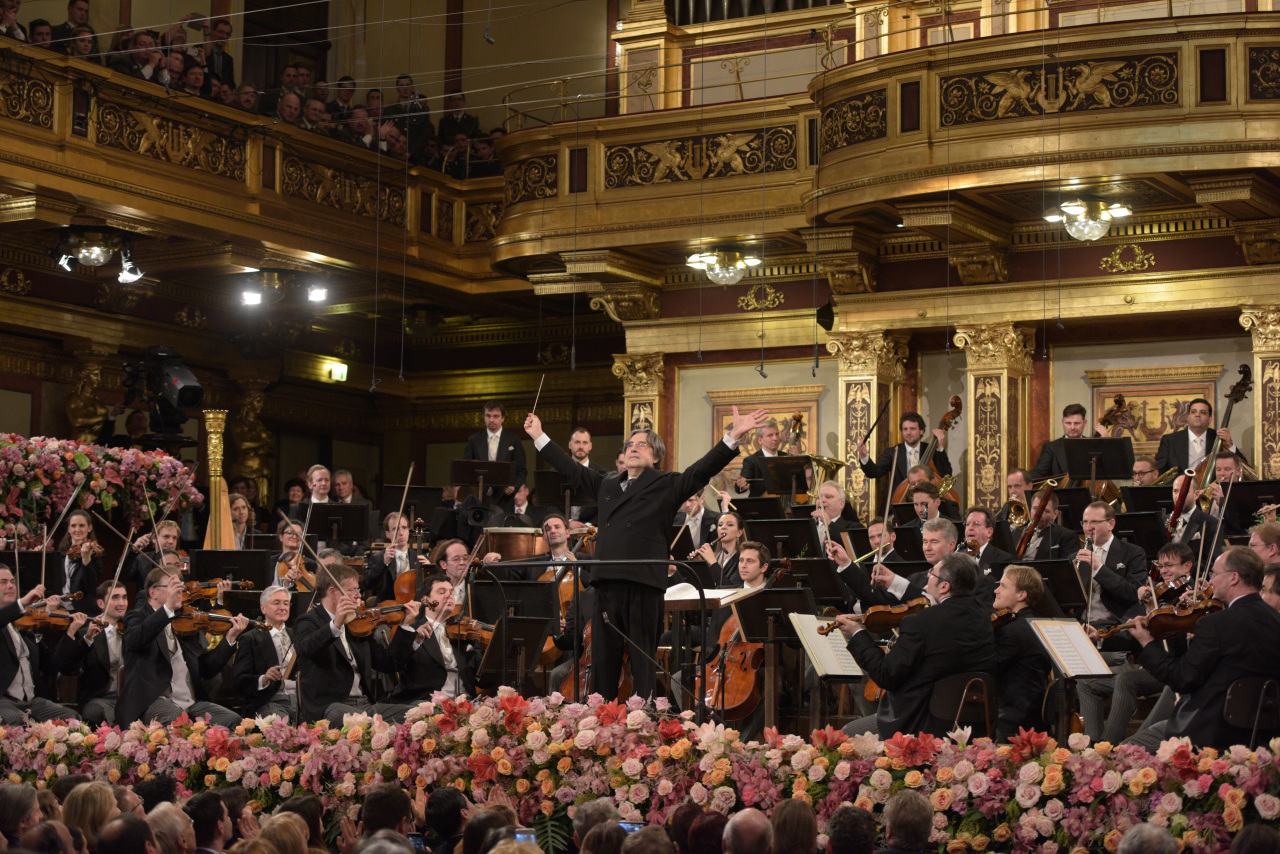 Conductor Riccardo Muti (front) and the Vienna Philharmonic Orchestra (Terry Linke/Sejong Center)
The orchestra was to perform at the Sejong Center and the Lotte Concert Hall in November as part of its Asian tour. But conductor Valery Gergiev’s concerts were canceled due to COVID-19 concerns and the mandatory two-week self-quarantine. The orchestra went ahead with its scheduled performance in Japan, where orchestra members were exempted under the country’s quarantine rules.

“We are to discuss the matter with the Ministry of Foreign Affairs. We are optimistic, though it may be too early jump to conclusions. We are sure that we will find a way for art troupes to be exempted from the two-week self-quarantine rule,” Kim said.

Another event to look out for is the “League of Legends Live: The Orchestra” concert, slated for Nov. 27-28.

Music from the hit online video game League of Legends will be brought to life by the KBS Symphony Orchestra. The concert, originally scheduled to take place last year, was postponed due to the pandemic. It is the first time the Sejong Center will present a concert featuring music from a video game. 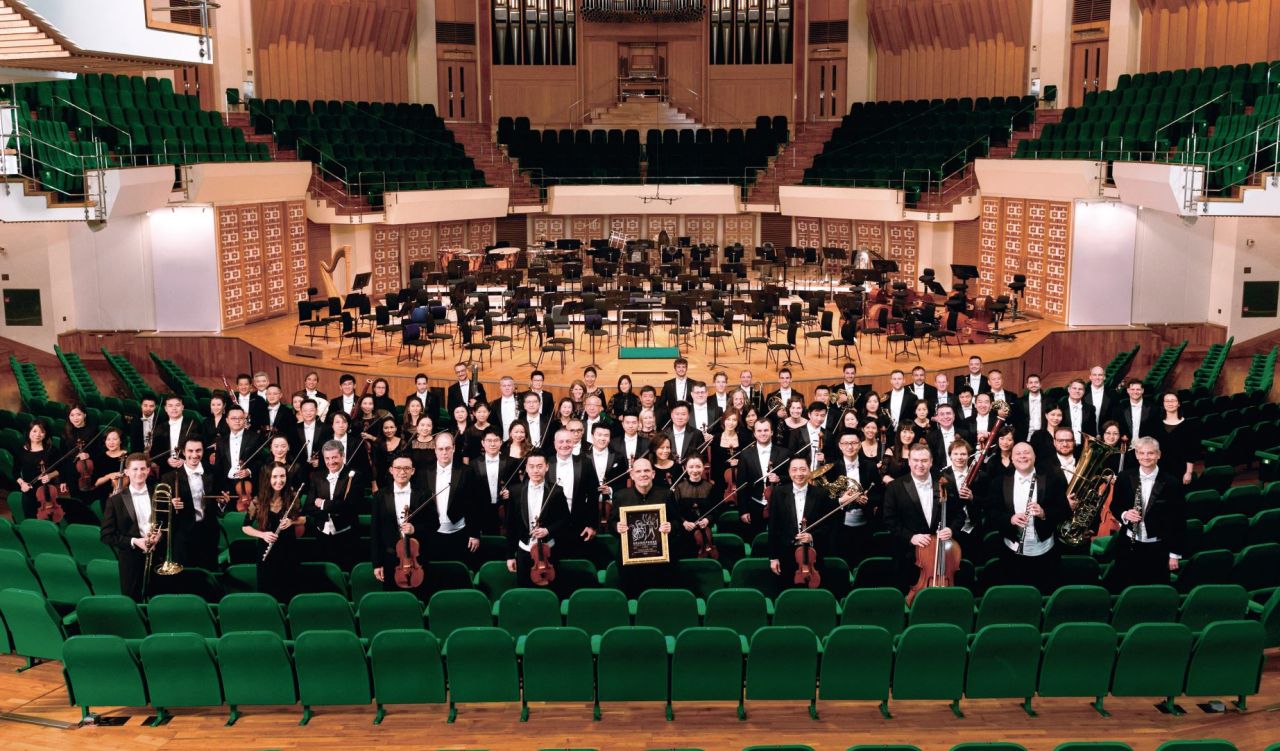 The 2021 season will feature hit musicals too.

The Korean-language licensed version of “Beetle Juice” is set to run June 16 to Aug. 8. The Seoul engagement will be the first for the Tim Burton film-inspired musical outside of Broadway. 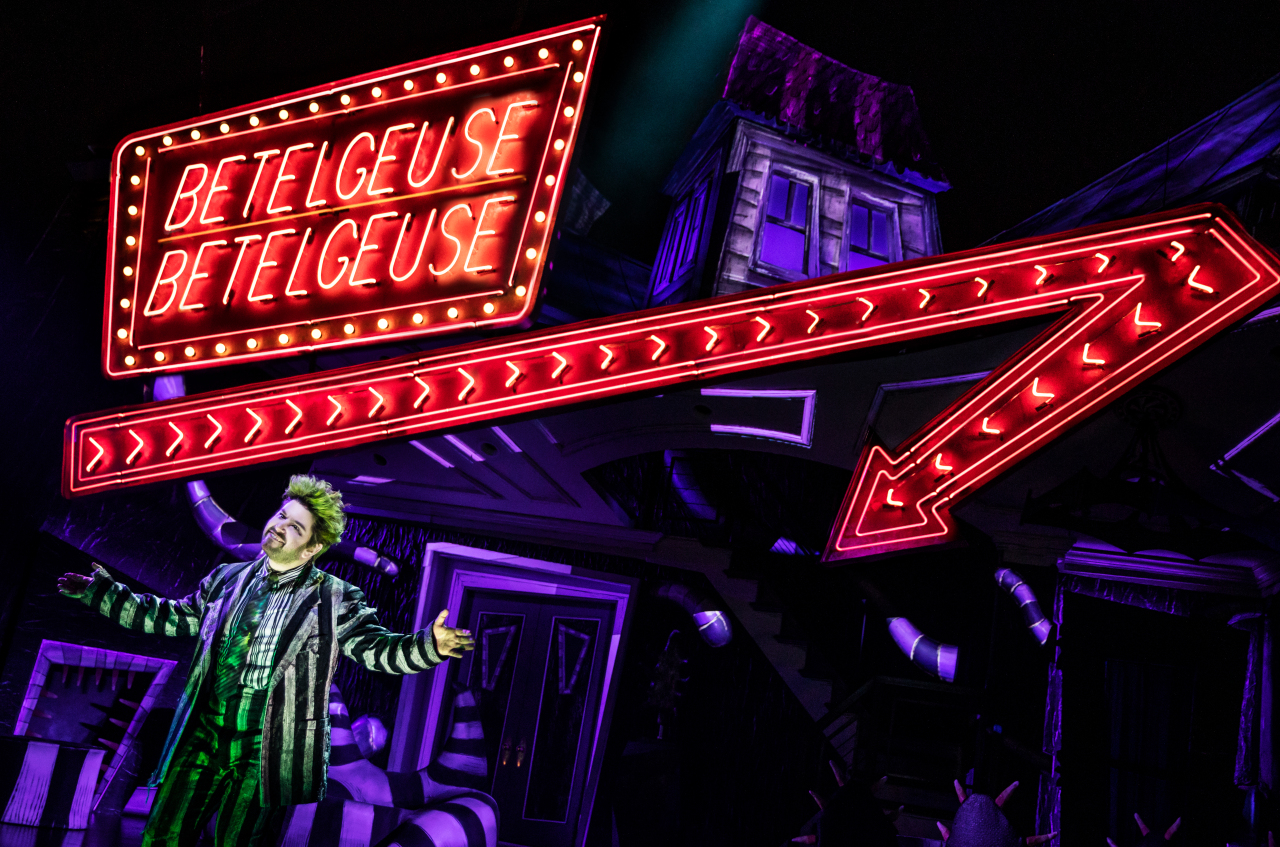 A scene from the musical “Beetle Juice” (Matthew Murphy/Sejong Center)

French original musical “Notre Dame de Paris” comes back to Korea once again this year, taking the stage from Nov. 17 to Dec. 5. The show enjoyed a successful run in Korea last year despite the pandemic.

The center’s signature “Harry Potter” concerts are set to continue Oct. 15-17 with “Harry Potter and the Prisoner of Azkaban.”

“We are continuing to stream our performances. However, I think we should focus more on offline performances,” Kim said. “As a performing arts theater with great hardware, it is our responsibility to put on even just one more performance.”