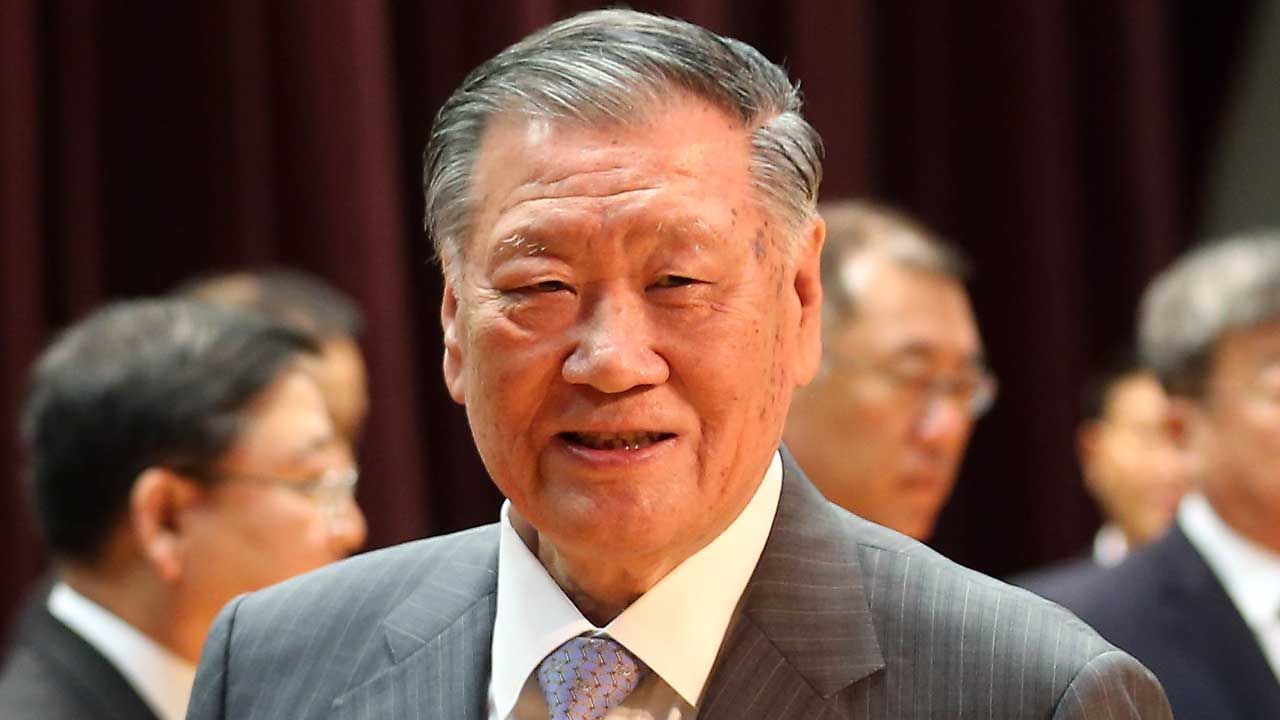 Former Hyundai Motor Group Chairman Chung Mong-koo (Yonhap)
Hyundai Motor Group said Monday its honorary chairman will step down from all management positions at affiliates next month after 20 years of efforts to improve the carmaker's brand awareness and product quality.

Hyundai Motor Group Honorary Chairman Chung Mong-koo will step down from his executive director position on the board of Hyundai Mobis Co., the group's auto parts affiliate, at a shareholders meeting on March 24, a company spokesman said.

The honorary chairman's director term was originally set to expire in March next year, but the decision to leave earlier than scheduled appears to reflect that his only son Euisun took over the group as chairman in October.

The octogenarian already stepped down from the registered director positions at flagship Hyundai Motor Co., Kia Corp. and other affiliates such as Hyundai Steel Co. and Hyundai Engineering & Construction Co.

The group's 50-year-old longtime heir was promoted to the top position of the world's fifth-biggest carmaker as he unveiled a future mobility vision and preemptively invested in overseas companies with advanced technologies in autonomous and other next-generation vehicles.

UAM is a key future innovation business that can help overcome urban challenges like traffic congestion by connecting the sky and the ground. (Yonhap)