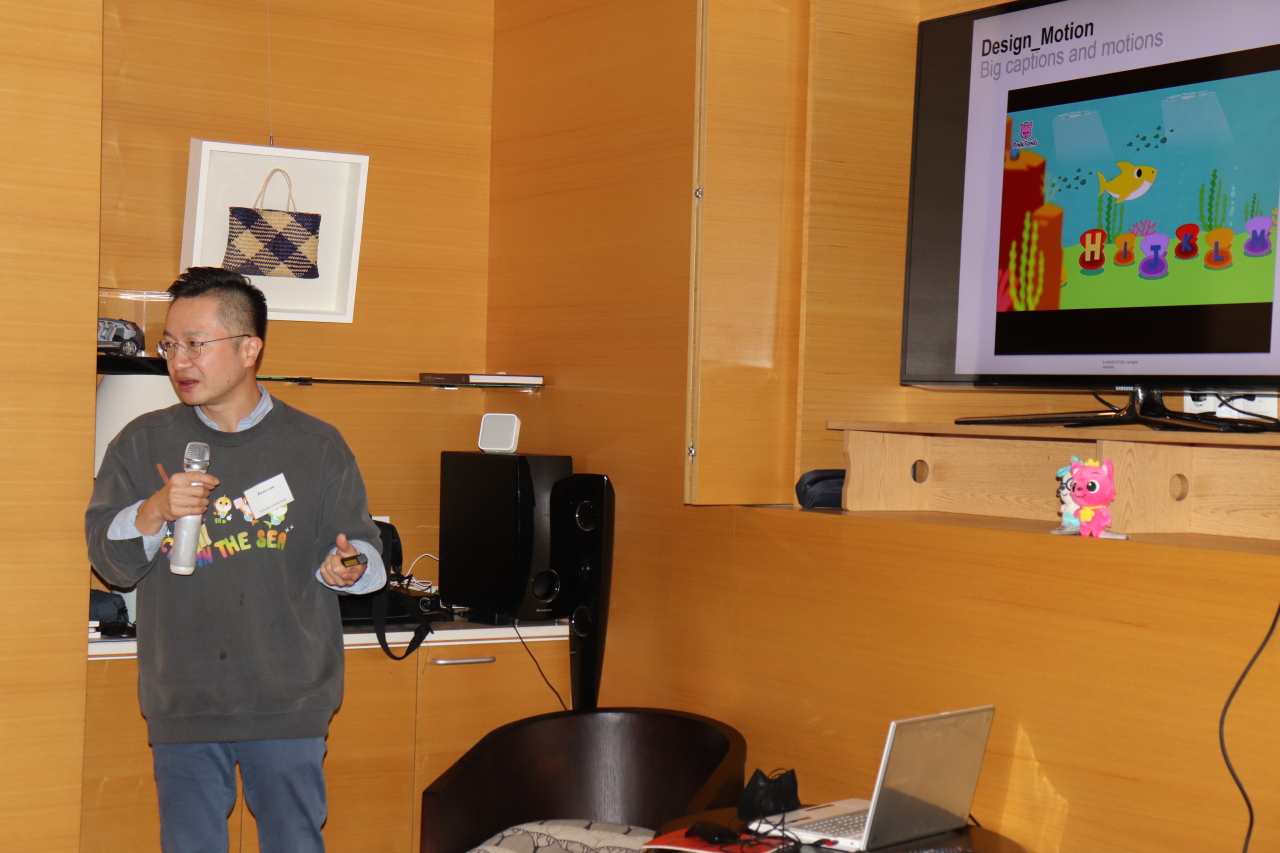 SmartStudy is known for its popular animated characters Pinkfong and Baby Shark. Its YouTube channel has more than 8.92 million subscribers.

On Nov 2 last year, the Korean startup’s English version of the “Baby Shark Dance” video, which features the rhythmic introduction of a shark family and their underwater hunt for small fish, became the most viewed video on YouTube. The video currently has more than 7.9 billion views.

“By August, we see that the number of views will reach over 10 billion,” Lee said.

In January 2019, the song took the world by surprise to land at No. 32 on the Billboard Hot 100 chart and stayed on the chart for20 consecutive weeks.

During his presentation, he emphasized that the company’s decision to post its video on YouTube was crucial for its global expansion.

“We initially distributed our contents through our app. When first posting on YouTube, we had concerns, because back in 2012 our company just reached a break-even point,” Lee said. “We were not sure how much we could benefit from posting content on YouTube. Despite this uncertainty, as a startup, we made our bold decision,”

When posting videos on YouTube, SmartStudy tried to create content that fits the new video platform, he said.

“For kids‘ characters, many firms commonly use soft and pastel colors. But we used vivid colors to create our character because it stands out on small smartphone screens,” Lee said. The company also adjusted its video’s font sizes and made it bigger for the same reason. 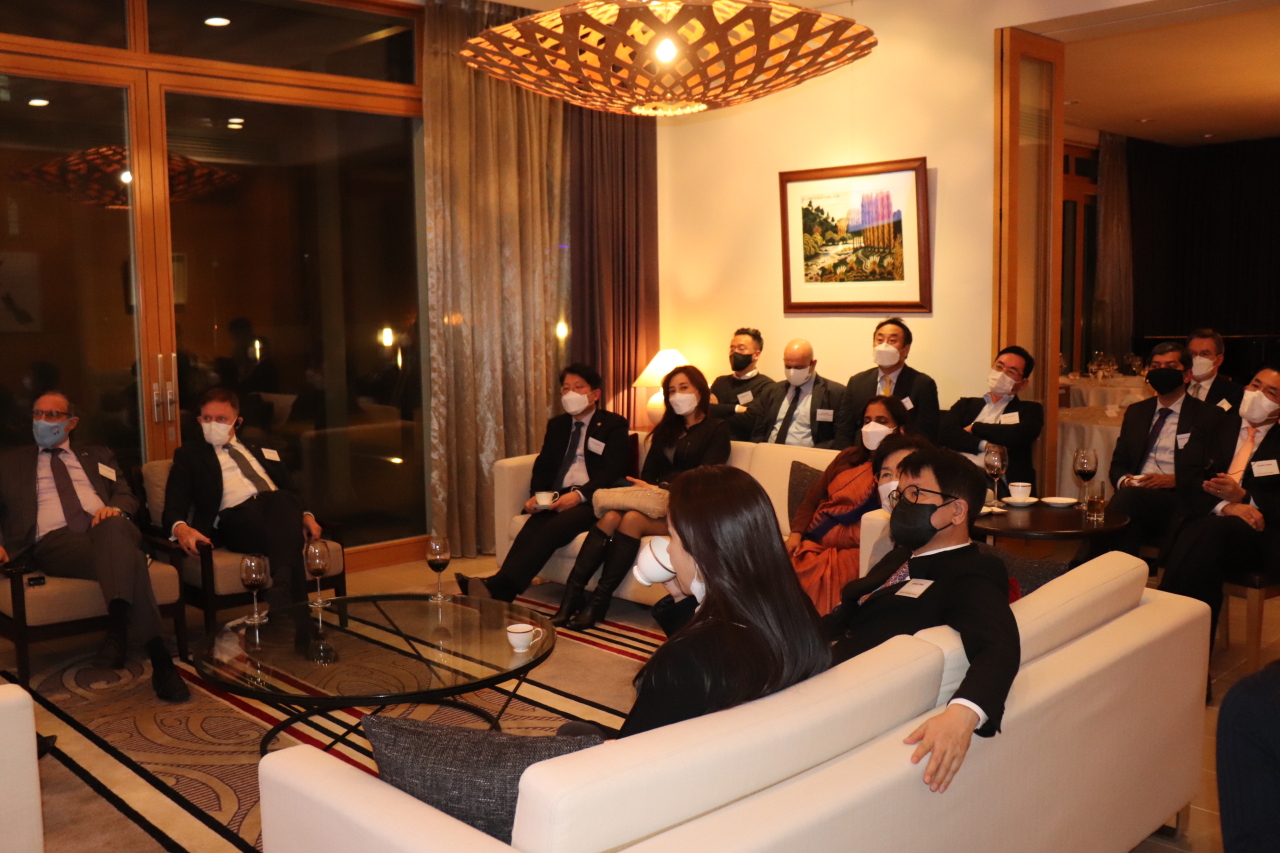 Participants pay attention to Korean startup SmartStudy co-founder and CFO Lee Seung-gyu’s presentation during an event held by Corea Image Communication Institute at the residence of the New Zealand ambassador on Thursday. (CICI)
Creating and actively promoting Pinkfong as a kid content creating a brand that makes Baby Shark videos was also important for the startup to make multiple contents successful on the YouTube platform.

“When watching YouTube videos we want kids, even ones that cannot read, to know that these are our contents. So we created Pinkfong’s unique frames (for our thumbnail),” he said. Lee said this attracts its young viewer that liked one of its content to continuously consume other content on the platform.

Lee also added that at the beginning of every video, it shows Pinkfong’s brand and its iconic pink fox character and catchy sound.

Also, Lee said when Baby Shark content first went viral after it was introduced in a morning tv show by Indonesian actor Amanda Cerny, the company quickly responded to the new trend and sent its two staff immediately to Indonesia.

“After Indonesia, it became popular in Malaysia and the Philippines,” Lee added.

“Currently our contents are provided in different languages. We even have content in the Navajo language,” Lee said. Navajo is spoken primarily in the Southwestern United States and is one of the most widely spoken Native American languages. 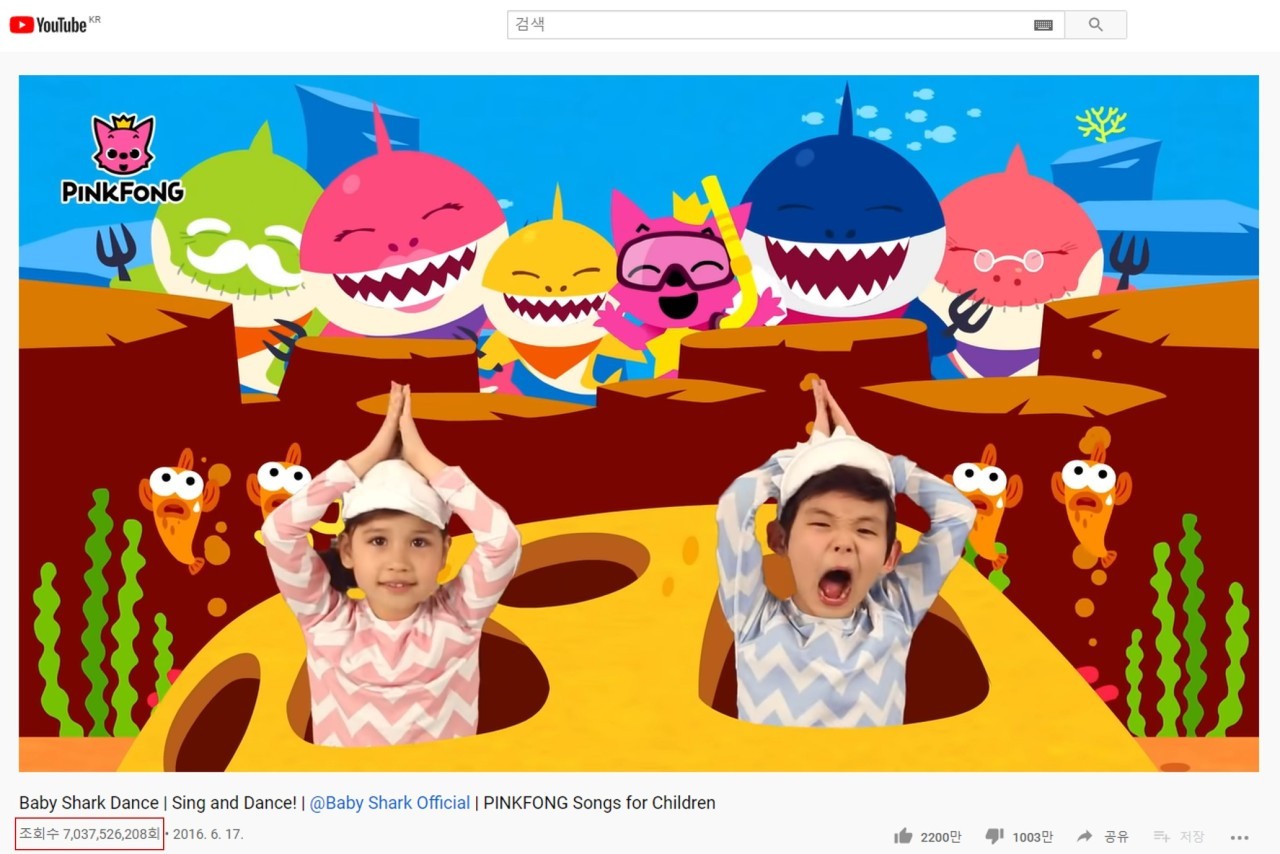 The English version of the “Baby Shark Dance” video (Smartstudy)
However, he also admitted that the company made some mistakes at the beginning and learned from them.

“We exaggerated the way we portrait black people in our contents,” he said. “After receiving feedback, we tried to be considerate about diversity issues.”