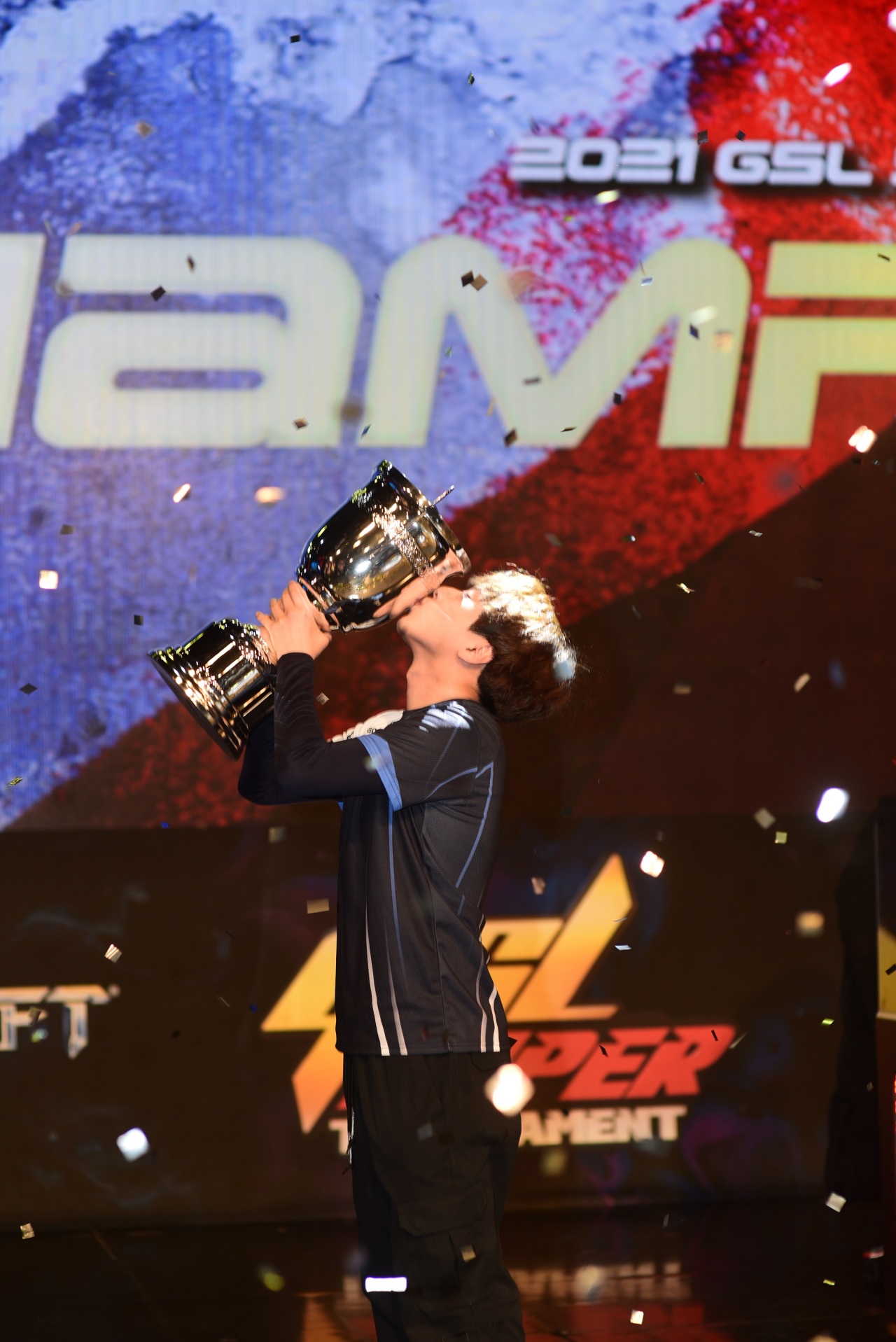 It seemed South Korea’s overwhelming dominance in StarCraft would last forever, until American Protoss player Alex “Neeb” Sunderhaft came out of nowhere and became the champion of the KeSPA Cup in 2016, becoming the first non-Korean in 16 years to win a premier StarCraft tournament on Korean soil.

Cho “Trap” Sung-ho, who fell to Neeb in the KeSPA final, became the first Korean pro gamer to concede a trophy to a foreigner on home turf in the history of the StarCraft series.

“It was totally unexpected. Though Neeb showed strength against Protoss players and came to the grand final, beating player after player, I never imagined that I would lose too,” said Trap, reminiscing on the painful moment five years ago.

Now, just one year ahead of the 19th Asian Games in Hangzhou, China, Trap has emerged as one of the strongest gold medal contenders in StarCraft 2. 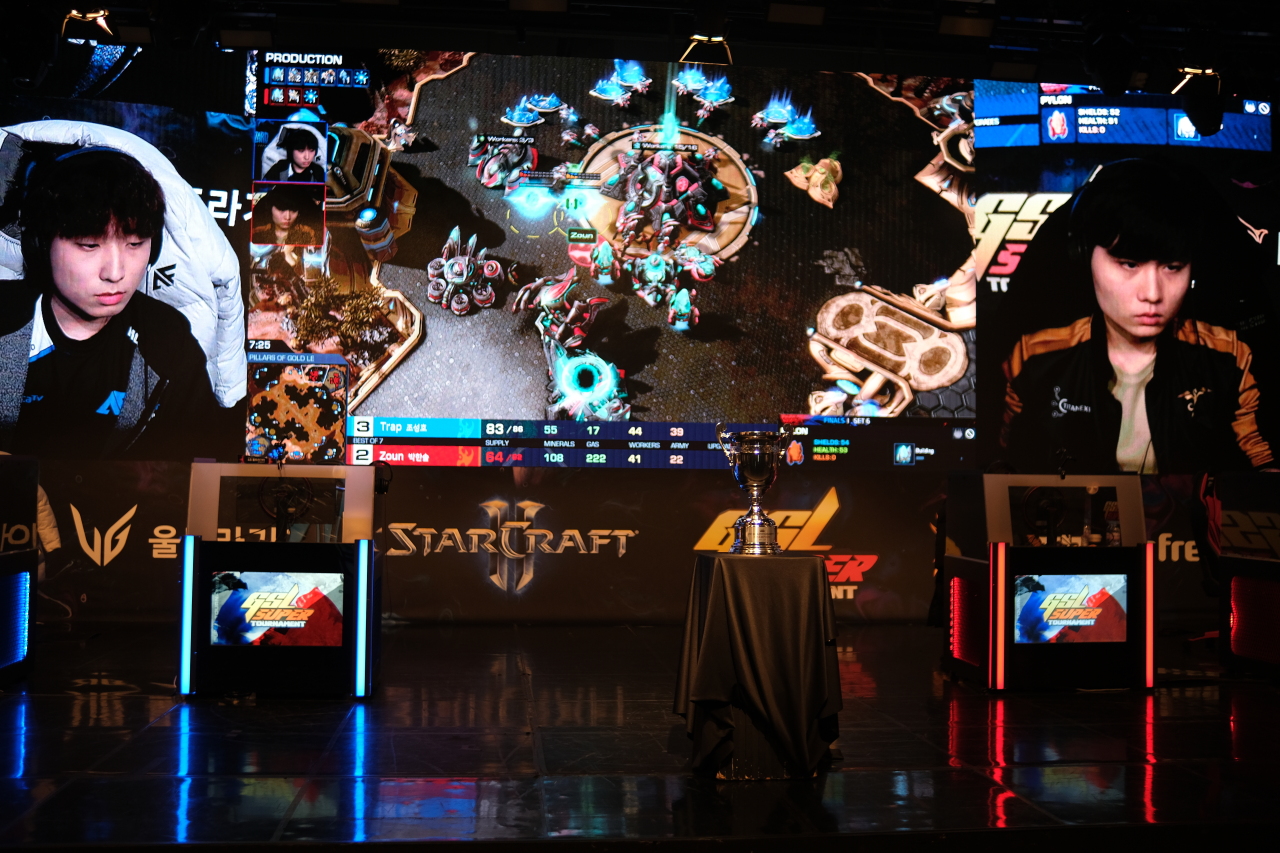 “If StarCraft 2 is designated as a medal sport in the upcoming Asian Games, the national trials in Korea would be more difficult than the actual competition, as there are so many good players in the country, just like archery,” Trap said.

“If I am given the opportunity to represent my country, I will play with all my heart.”

In the 2022 Hangzhou Asian Games, esports will be a medal sport for the first time in the history of the competition. A total six esports medal events are scheduled, though the six games to be played have not yet been decided.

At the 2018 Asian Games hosted by Indonesia, esports was a demonstration event, meaning that medals won then were not officially counted. The six games featured in the demonstration event were Arena of Valor, Clash Royale, Hearthstone, League of Legends, Pro Evolution Soccer and of course, StarCraft 2.

“If I have to choose a potential gold medalist among Korean players other than myself, it would be Cho ‘Maru’ Seong-ju. Maru has the experience of winning the gold medal in StarCraft 2 in the 2018 Asian Games, so I think he is the top contender,” Trap said.

Cutthroat competition is expected for the national trials, as Korea awards exemption of military service to the winner of a gold medal in the Asian Games.

Should Trap survive the national trials, him winning the gold medal would be a safe bet.

The top five slots in the global rankings are occupied by three Europeans and two Koreans, with Trap one of them.

Last month, Trap met the world’s No. 1 StarCraft 2 player, Joona “Serral” Sotala of Finland, and won 4-3 at the grand final of DreamHack StarCraft 2 Masters 2020: Last Chance 2021. Before the grand final, the head-to-head record between them for Trap had stood at no wins against eight losses.

”Until then, I had never won a single game against Serral. Also, I lost the first two rounds in a landslide, so I thought I was going to take second place again. However, when I took the game 1-3, I decided to pour everything and use the tactics I know best, which worked spot on against Serral,” Trap said.

While Trap is setting his sights on the gold medal, another Korean StarCraft 2 legend, Jun “TY” Tae-yang, will have to take a raincheck, as he plans to join the military in the near future to fulfill his compulsory Korean military service. 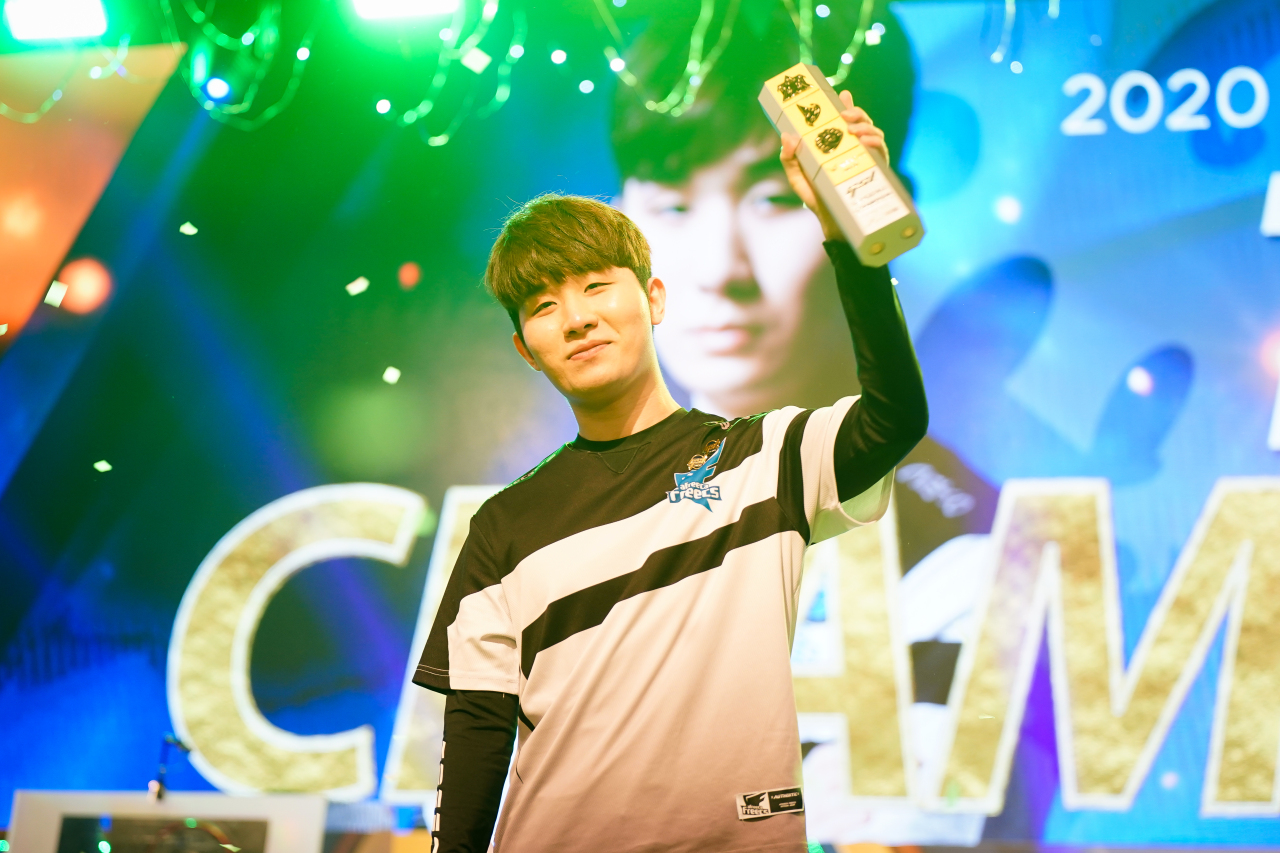 “Though the exact conscription date hasn’t been decided, I want to do my best till the end by winning Global StarCraft 2 League (in Korea) and getting good results at Intel Extreme Masters Katowice 2021 (in Poland) before I join the military,” said TY.

TY is a living specimen of Korea’s StarCraft history. In 2006, the Terran player became the youngest StarCraft player to turn pro. At the age of 15 and only three years into his professional career, he was hailed as a prodigy.

Currently, TY is continuing his StarCraft 2 career with the Afreeca Freecs and also as a commentator. The 26-year-old legend says the military service won’t end his esports journey.

“After discharge, I want to return as a StarCraft 2 player. I’ve never been the best or the strongest player, but when I retire, I want to be remembered as the one with the longest StarCraft and esports career,” TY said.

Careers for most esports players are extremely short. Most reach their peak in their early 20s and retire by their mid-20s, as their eye-hand coordination and reaction time start to deteriorate around 25 years old. Simply put, they can no longer keep up physically with younger players.

“Receiving physiotherapy and stretching is crucial to prevent health issues. Thankfully, I haven’t felt any physical problems yet,” TY said.

However, TY pointed out that as Korean players suffer deteriorating physical capabilities, younger talents overseas -- including Serral, Reynor of Italy and Clem of France -- are slowly taking over.

“The aging issue of Korean players is inevitable, so they are slowly falling behind younger foreign players equipped with strong physical capabilities. There are still a few promising StarCraft 2 prospects in Korea, but their actual gaming skills lack far behind because they are not trained by professional coaches,” TY said.

TY further stressed that the power shift to foreign players is only natural, and that the StarCraft 2 industry will remain intact.

“Quality players continue to come out from overseas, and as there are still so many fans cheering for us, I think StarCraft 2 is in good hands.”