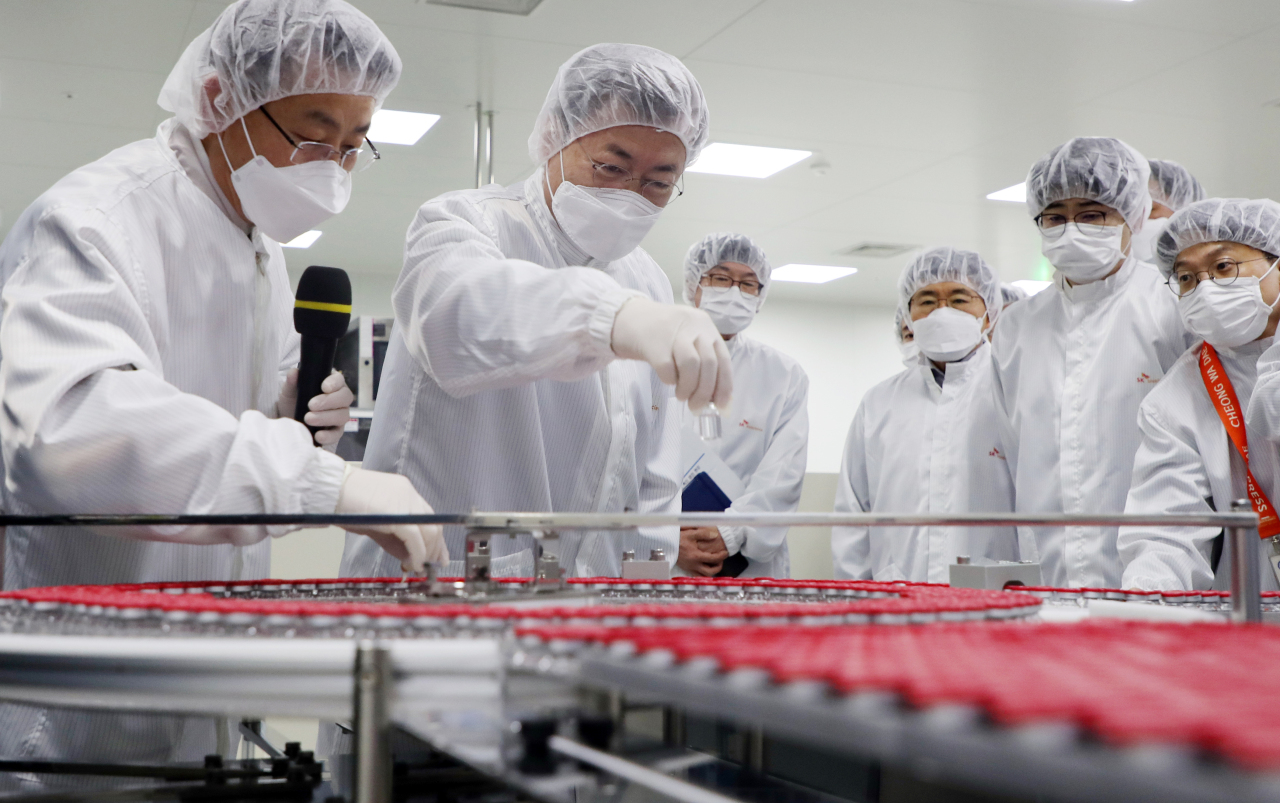 President Moon Jae-in (center) views AstraZeneca's COVID-19 vaccines made by SK Bioscience on Wednesday. (Yonhap)
South Korea is preparing 250 vaccination centers across the country as it looks to kick off a nationwide COVID-19 vaccination program next month.

The Ministry of the Interior and Safety said Friday that the government was moving ahead of schedule with its preparations to start the program after it became possible that the first batch of purchased vaccines will come before the Lunar New Year holiday, as opposed to originally expected timeframe of late next month.

The government is planning to install one vaccination center per city or county and one more for each city or county with a population of over 500,000.

Cold-chain systems are critical for those vaccination centers, as Pfizer’s vaccine must be store in -70 degrees Celsius to maintain its efficacy and safety.

Interior Ministry official Park Jong-hyun said the government is so far reviewing 150 facilities to run the vaccination program, with a large portion of them being athletic centers and theaters.

The government will also designate 10,000 medical centers to take part in the vaccination program, Park said, adding that the final list of vaccination centers will be announced next week after the ministry consults with the Korea Disease Control and Prevention Agency.

The government is expediting its process as the country is on track to receive 100,000 doses of Pfizer vaccines before Feb. 11 under the COVAX scheme. Korea has secured enough vaccines for 56 million people and is in discussion with Novavax to secure additional volume for 20 million people.

The country is planning to start distributing vaccines from AstraZeneca in February and those directly from Janssen and Pfizer in the second and third quarters, respectively.

AstraZeneca’s vaccine is currently under review for emergency approval, which is believed to be granted within next month. Pfizer is preparing to apply its vaccine for approval later this month.