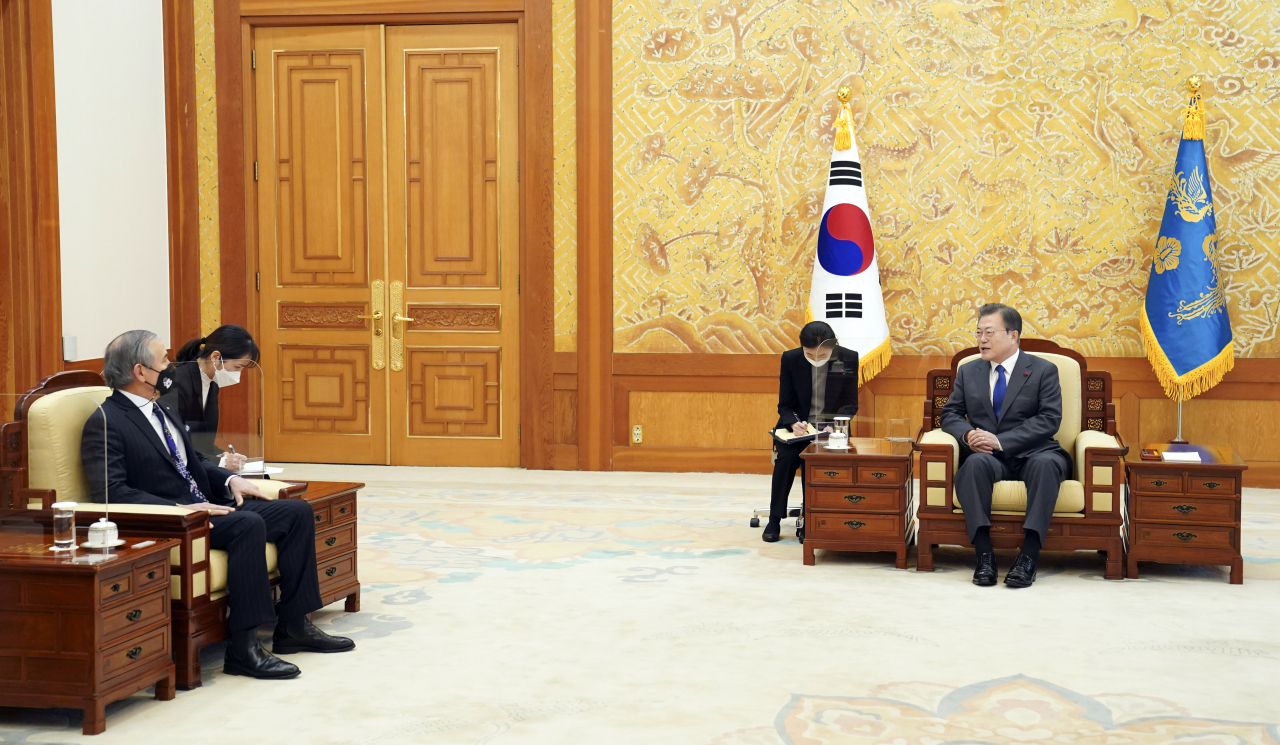 During the half-an-hour meeting at his office, Moon pledged close coordination with the Joe Biden administration for a stronger alliance and progress in the Korea peace process as well as in response to the COVID-19 pandemic, climate change and other pending global issues, according to Cheong Wa Dae spokesman Kang Min-seok.

He noted that the ambassador, who assumed the post 2 1/2 years ago, has played a role in partnerships between the two sides on the issue of denuclearizing the Korean Peninsula and bringing lasting peace, Kang told reporters.

Moon added he was personally impressed by the envoy's visit to the memorial to commemorate the 1950 Hungnam Evacuation on S.S.Meredith Victory. It was held on Geoje Island last October.

Harris picked two things as a highlight of his service in Seoul -- his work on US-North Korea relations and the 70th anniversary ceremony of the outbreak of the Korean War.

The envoy was quoted as saying that he had been touched by South Korea's show of respect for American and other foreign war veterans.

Moon gave Harris Andong Soju as a gift. The ambassador is known to like drinking the traditional Korean liquor. (Yonhap)