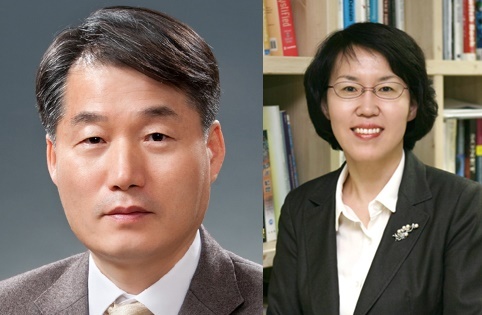 Lee is an expert on the innovation economy, having won the Schumpeter Prize in 2014, according to Cheong Wa Dae spokesman Kang Min-seok. He is expected to contribute to efforts for a quick and strong economic recovery from the COVID-19 crisis and the move toward a pacesetting economy, Kang said.

The National Economic Advisory Council, chaired by Moon, is a major advisory body providing advice to the president on various economic issues.

Lee graduated from Seoul National University and earned his Ph.D. in economics from the University of California, Berkeley. He served as president of International Schumpeter Society.

Moon also named Lim Hye-sook, professor of electronics and electrical engineering at Ewha Womans University, to lead the National Research Council of Science & Technology. She will be the first female head of the state body in charge of supporting and managing government-funded research institutes in the field of science and technology.

Lim is a scholar with remarkable research accomplishments on the core technology sector of ultra-fast communication networks, Kang said.

He added that Cheong Wa Dae expects her to play a role in South Korea's science and technology field, as the government and the private sector plan for more than 100 trillion won ($90.7 billion) of research and development (R&D) investment this year.

She studied control and instrumentation engineering at Seoul National University and received her Ph.D. in electrical and computer engineering from University of Texas in Austin. (Yonhap)