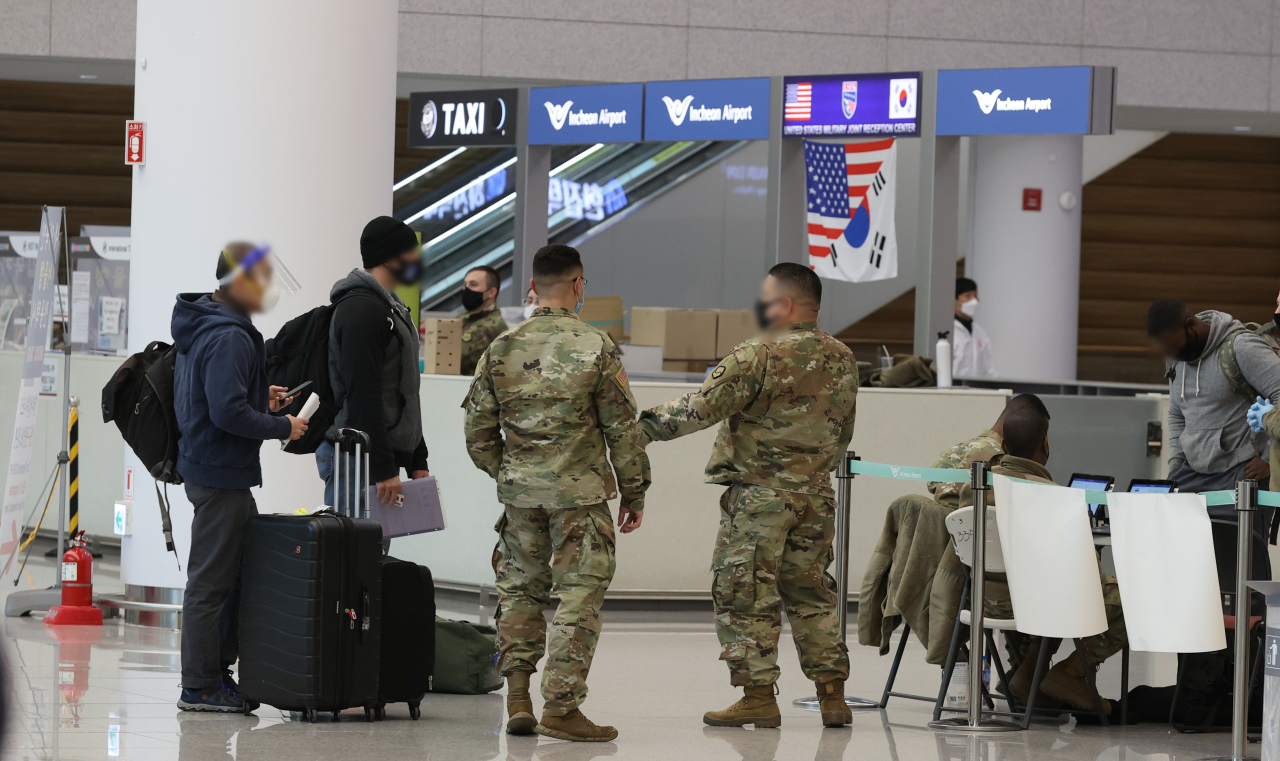 In this file photo, American service members arrive at Incheon International Airport, west of Seoul, on Jan. 11, 2021. (Yonhap)
Twenty-six American service members and five civilians affiliated with the US Forces Korea (USFK) have tested positive for the new coronavirus upon their arrival here over the past few weeks, the US military said Tuesday.

Of them, 13 service members and three family members arrived at Osan Air Base in Pyeongtaek, 70 kilometers south of Seoul, on government-chartered flights, while 13 other service members, one civilian worker and one dependent came here on commercial flights via Incheon International Airport, west of the capital, according to USFK.

Eight of the newly confirmed people tested positive on their first mandatory COVID-19 test prior to entering quarantine, and the remainder on their mandatory test required to exit quarantine, according to USFK.

All USFK-affiliated individuals arriving in South Korea are required to undergo a virus test and quarantine for 14 days. Medical personnel administer a second test prior to their release.

The new patients have since been transferred to isolation facilities designated for confirmed COVID-19 cases at military bases in South Korea, USFK said, adding, "None of the new arrivals have interacted with anyone residing within USFK installations or the local community."

The latest cases raised the total number of infections reported among the USFK-related population to 635, most of whom tested positive upon their arrival here from the US.

Earlier, a USFK official said that such a high number of virus cases among new arrivals is due to the normal individual relocation moves to USFK, as well as those returning here from off-peninsula over the Christmas and New Year holiday period.

From mid-January, all foreigners arriving at South Korean airports, including USFK-affiliated individuals, are required to present a negative polymerase chain reaction (PCR) coronavirus test taken within 72 hours of their departure to the nation. (Yonhap)