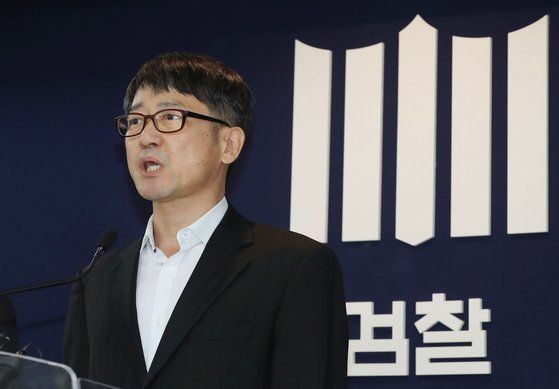 The team said, “A total of 20 people were indicted after confirming that the Coast Guard command had violated its duty of care and that government officials such as Cheong Wa Dae and the Ministry of Maritime Affairs and Fisheries interfered with the special investigation committee’s activities.”

However, other allegations were deemed unfounded, it said -- such as the suggestion that the Defense Security Command and the National Intelligence Service abused their power to violate the privacy of the victims’ families after they criticized the government, or that the Ministry of Justice put pressure on the prosecution to protect the then-minister.

The special team also investigated suspicions concerning the operation of the Sewol ferry’s DVR, a recording device that stored its closed-circuit TV images. However, it decided to hand over the relevant records to the special prosecution as a special investigation was scheduled. Responding to allegations that the ship’s wake was falsified, the team said it had analyzed the ship’s automatic identification system and no evidence of manipulation was found.

The special investigation unit was launched by the Supreme Prosecutors’ Office in November 2019, five years and seven months after the Sewol ferry sank, killing 304 people and injuring 142 others -- mostly high school students on a field trip -- on April 16, 2014. The prosecution began a full reinvestigation as the public and the victims’ families continued to demand answers.

The special team investigated allegations surrounding the Coast Guard’s response to the disaster; possible interference by Cheong Wa Dae in the activities of the Sewol ferry disaster special investigation committee during the Park Geun-hye administration; and whether the Ministry of Justice put pressure on the prosecutors’ investigation team.

In February last year, the special investigation team indicted 11 officials without detention, including then-Coast Guard chief Kim Suk-kyoon, on charges of causing 303 deaths by failing to carry out rescue operations. (The total excluded one person who died immediately after the accident.) In the final trial, held Jan. 11 this year, the prosecution demanded a five-year prison term for Kim.

In connection with the allegations against Cheong Wa Dae, in May last year the special investigation unit indicted nine officials, including former presidential secretary Lee Byung-ki, on charges of obstructing fact-finding activities.

In June last year, the special investigation team raided the prosecution office of the Ministry of Justice and the criminal department of the Supreme Prosecutors’ Office to secure the relevant reports.

It was the first time the prosecution had formed a special team to investigate allegations related to the Sewol ferry disaster.

In the past, the prosecution left the Sewol ferry disaster to local prosecutors from Gwangju, Busan and Incheon. However, it drew criticism for failing to look thoroughly into who bore the greatest responsibility for the tragedy, and the special team was launched under the direction of Prosecutor General Yoon Seok-youl.