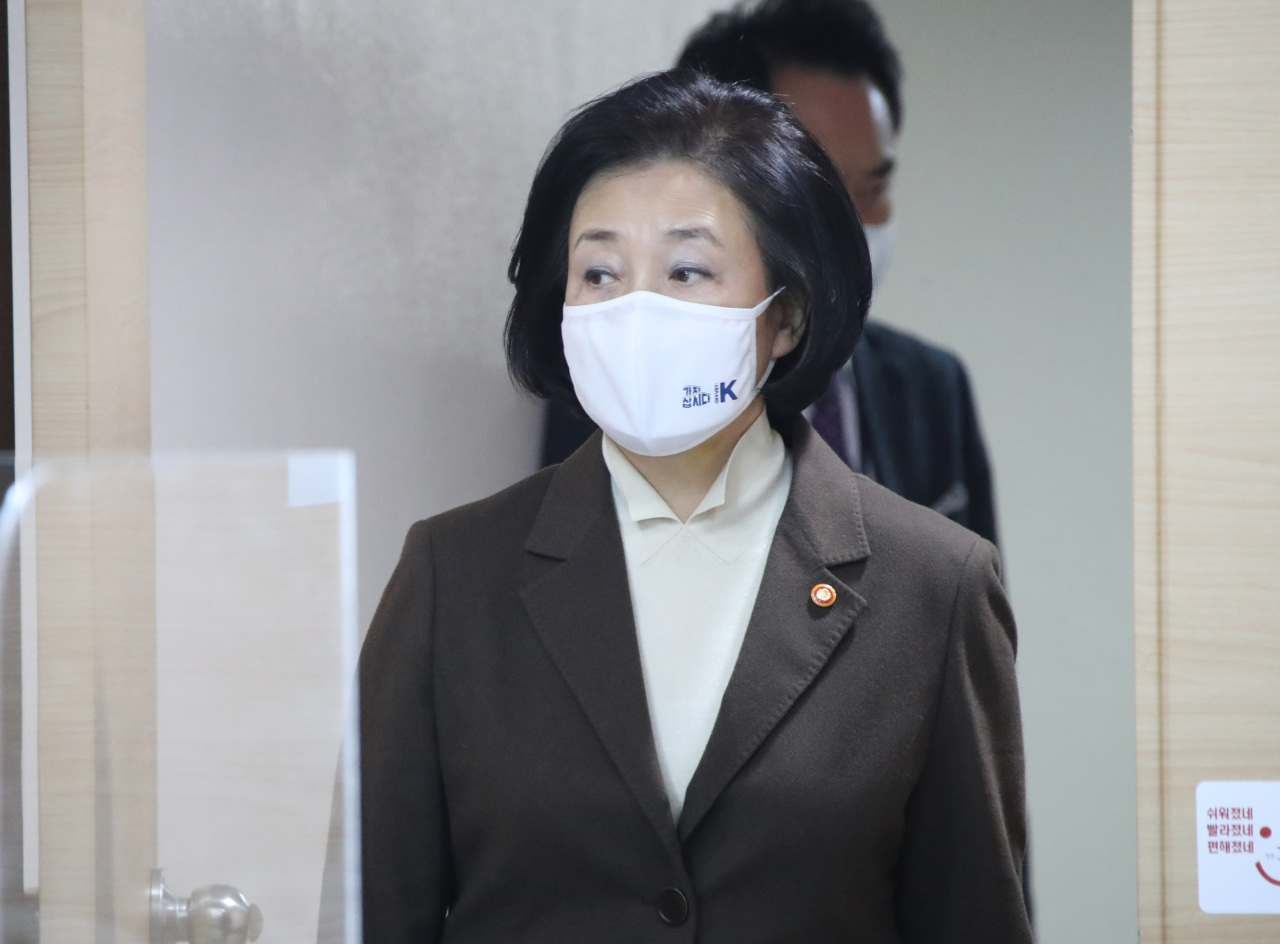 Park Young-sun, minister of SMEs and Startups, walks into a conference room for an online press briefing on export-related data at the government office complex in Seoul on Tuesday. (Yonhap)
President Moon Jae-in is expected to carry out a Cabinet reshuffle as early as this week to affect Park Young-sun, minister of SMEs and Startups, and a few others, an informed source said Tuesday.

Park, a former reporter and ruling Democratic Party (DP) lawmaker, is apparently seeking to run in the April 7 by-election for the Seoul mayorship.

She plans to quit the job Wednesday in consideration of the schedule for the ruling party's race to pick its candidate for the all-important election, according to the source who spoke on the condition of anonymity.

It remains uncertain whether the president will nominate her replacement immediately or let Vice Minister Kang Sung-cheon serve as acting minister for the time being.

Kang, who worked as a Cheong Wa Dae secretary to Moon, may be promoted to succeed Park.