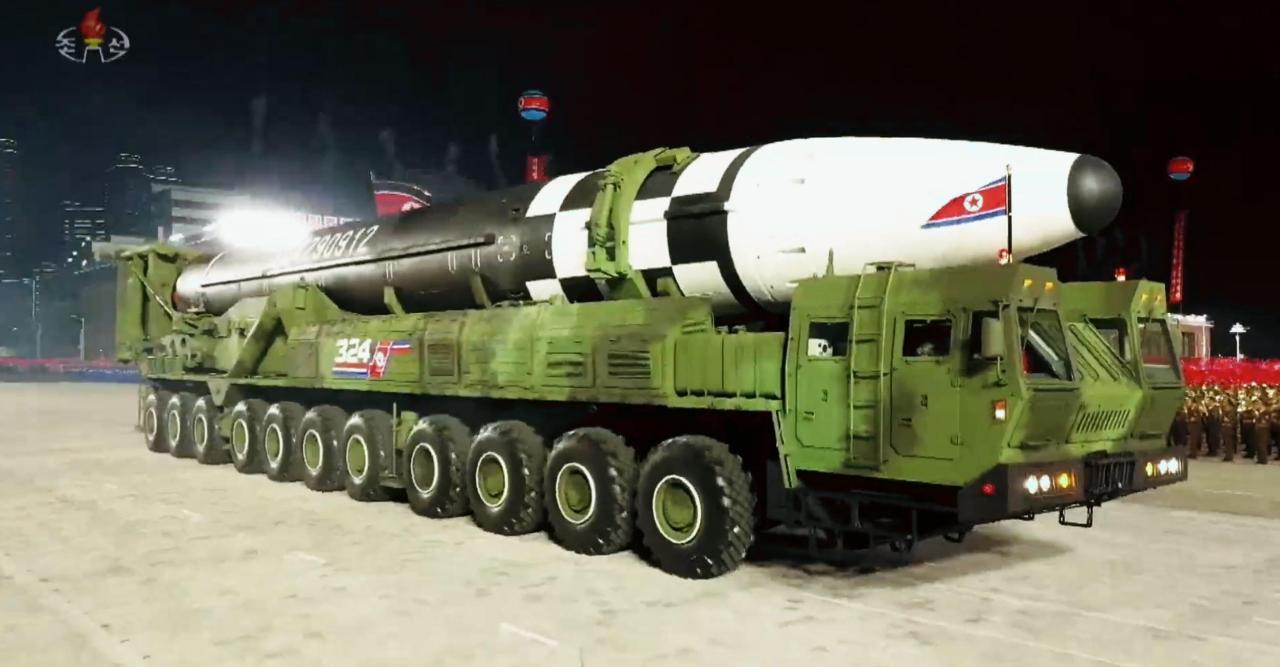 North Korea's new intercontinental ballistic missile (ICBM), which was displayed during a military parade held in Pyongyang to mark the 75th founding anniversary of the ruling Workers' Party. (KCNA-Yonhap)
North Korea appeared to have staged a military parade on Thursday, a South Korean government source said, after Pyongyang wrapped up a rare party congress with calls to bolster its nuclear arsenal.

The military parade began at around 6:00 p.m. and was in progress as of 8:00 p.m., the source said on condition of anonymity.

Asked whether North Korea staged a military parade, a South Korean military official replied that the military was keeping a close watch on North Korea.

The performance took place on Wednesday, a day after the North wrapped up the eighth congress of its ruling Workers' Party, which was held for more than a week since its opening on Jan. 5.

On Monday, Seoul's military officials said signs were detected that the North carried out a military parade in central Pyongyang Sunday night in time for the eighth congress.

North Korea's state media, however, have not reported on such an event yet, spawning speculation that it might have been a rehearsal and a military parade could take place in the days to come. North Korea has usually broadcast live or aired recorded footage of military parades later.

North Korea last held a massive military parade in October last year to celebrate the 75th founding anniversary of the Workers' Party, showing off its state-of-the-art weapons, including a new intercontinental ballistic missile and a submarine-launched ballistic missile. Kim attended the event and delivered a speech.

In an earlier session of the party congress, Kim defined the US as the North's "foremost principal enemy." (Yonhap)