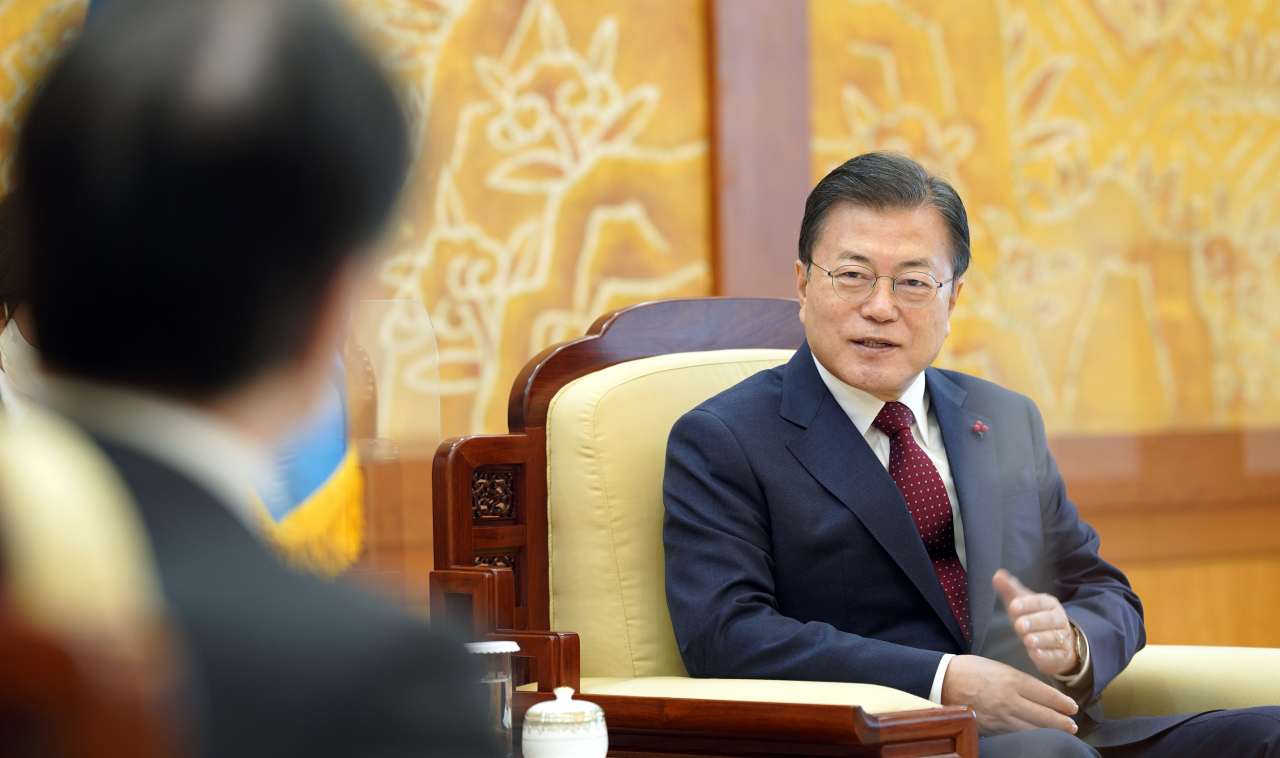 Moon made the remarks during a meeting with outgoing Japanese ambassador to South Korea, Koji Tomita, according to Cheong Wa Dae spokesman Kang Min-seok.

"closest neighbors and most important partners" for achieving peace and prosperity in Northeast Asia and the world, according to Kang.

In a landmark ruling, the Seoul Central District Court ordered last week the Japanese government to pay reparations of 100 million won ($91,300) each to 12 former South Korean women, who were forced to serve as sexual slaves for front-line Japanese soldiers during the war.

According to historians, up to 200,000 women, mostly Koreans, were coerced into sexual servitude at front-line Japanese brothels during the war when the Korean Peninsula was a Japanese colony. (Yonhap)