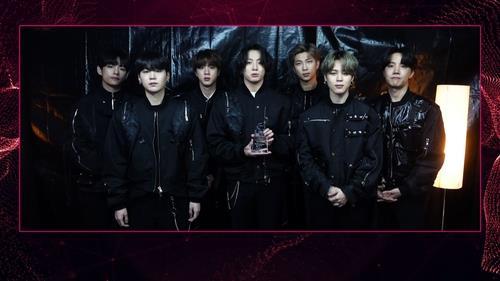 The awards are given to 12 digital songs that topped the chart each month and four physical albums that sold the most on a quarterly basis.

Among four trophies for physical albums, BTS took home two with "Map of the Soul: 7" and "BE."

The group also picked up the "Retail Album of the Year" award. (Yonhap)