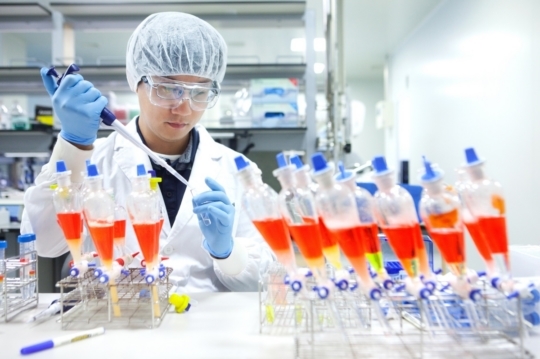 According to the report released by the Korea Exchange, initial public offerings of companies delivering IT and communication services topped the list of industries, accounting for 22.8 percent of all market debuts made on the nation’s main bourse after its benchmark Kospi crossed the 2,000-mark in 2007. Listings of drugmakers rose to 5.5 percent from 3.3 percent of the total, it added.

In a chronological review, the KRX said basic industry sectors such as brokerages, chemicals and steel led IPOs until 1989, when the Kospi surpassed 1,000 points.

Finance companies were the dominant force, taking 17.6 percent of the IPO deals between 1983 and 1989, followed by chemical and steel companies with 12.5 percent and 7.3 percent, respectively.

In the second phase of industrial development between 1989 and 2007, the proportion of service companies making market debuts grew from 3.7 percent to 10.3 percent, along with semiconductor and auto companies joining the market race.

To vitalize the local IPO market, the nation’s sole bourse operator has adopted a fast-track scheme since 2014 to shorten the qualification examination period for blue-chip companies. Twenty-three firms that have made market debuts since 2008 are listed among the top 100 companies by market capitalization as of January this year.