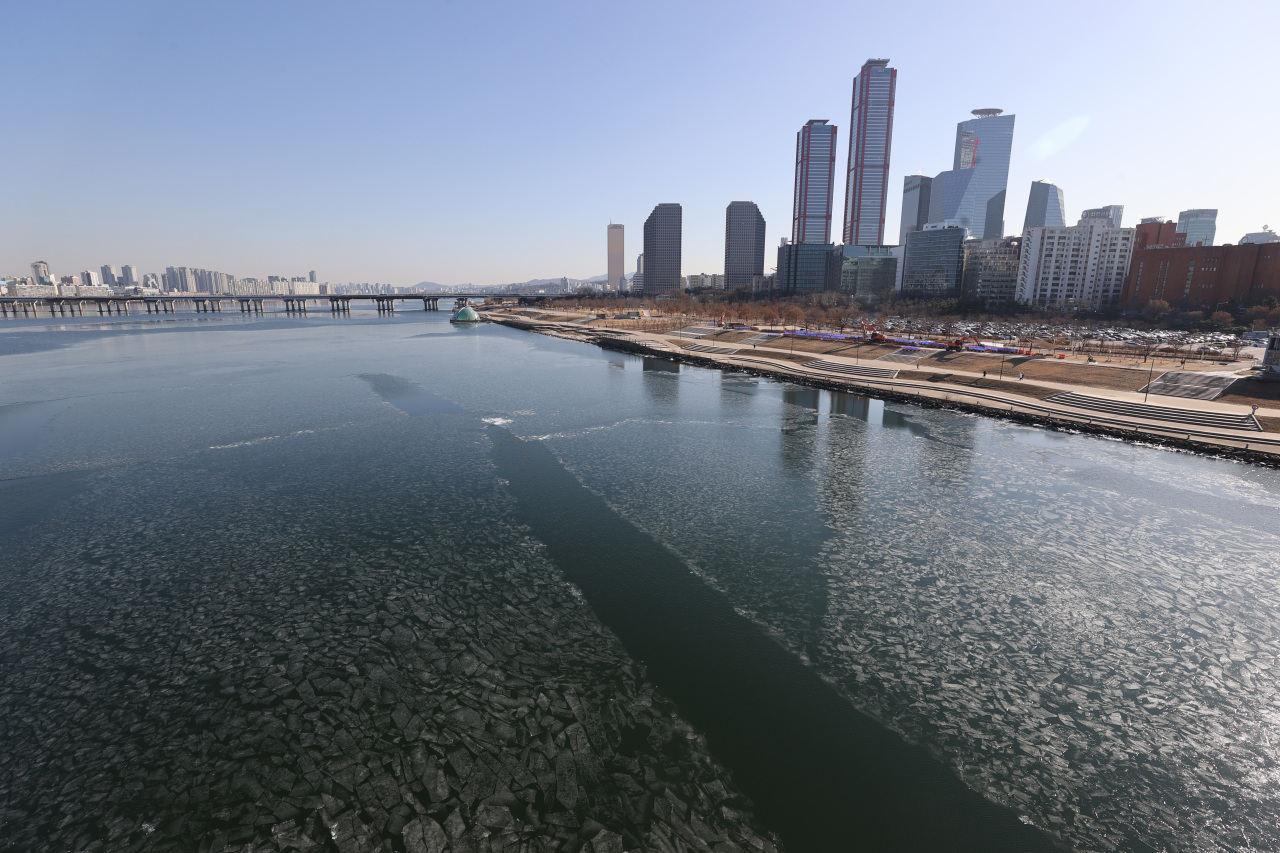 An external view of Seoul from Han river in a winter day (Yonhap)
The coronavirus pandemic and a series of hedge fund turmoils last year have impeded the growth of private funds managed by asset management companies in South Korea, data showed Thursday.

According to data by the Korea Financial Investment Association, the combined assets managed by Korea-domiciled private funds grew 5.7 percent to 438.7 trillion won ($398.4 billion) in 2020, far lower than their 2019 growth which stood at 23.5 percent. Between 2014 and 2019, the funds grew 18.8 percent annually. Private funds refer to instruments composed of no more than 49 end-investors under Korean rules.

The size of private funds dedicated to outbound investment increased 12.6 percent in 2020, slower than it had been over the past five years, when it grew 26.1 percent each year on average.

The trend is largely attributable to mounting public distrust in private funds,  which are subject to looser regulations, and restrictions on due diligence of foreign real assets -- considered the favored destinations of such funds -- wrote Oh Gwang-young, an analyst at Shinyoung Securities.

“The shady performances by a few private funds dedicated to alternative assets have sagged investor sentiment, while COVID-19 hampered the creation of new investments (in private funds),” Oh said.

Korea in 2020 suffered trillion-won misselling scandals involving Korean hedge funds Lime Asset Management and Optimus Asset Management -- accused of misrepresenting fund performances to end-investors -- as well as commercial banks‘ misselling of securities linked to derivatives tied to German bond yields. This led to a 5.7 percent fall of hedge fund assets under management by private funds in 2020, for the first time in the record since 2015.

The growth of private funds’ investment in real estate and infrastructure -- which account for nearly 50 percent of the total assets under management -- has also slowed down to nearly half of the level of the five-year average.

Moreover, another set of data indicated that Korean investments in foreign alternative assets are still laden with risks. According to data from the watchdog Financial Supervisory Service, nearly 16 percent of outbound real asset investment by investment banks -- which connect sellers with institutional investors by retaining the sellers’ assets and later selling it down to the institutions -- are categorized as being either prone to delinquencies or losses.

Oh said the pace of growth in private funds investing in real assets will pick up the pieces as long as the world resolves COVID-19 issues. But the rebound of hedge funds is unlikely even in a post-COVID-19 era, Oh added.