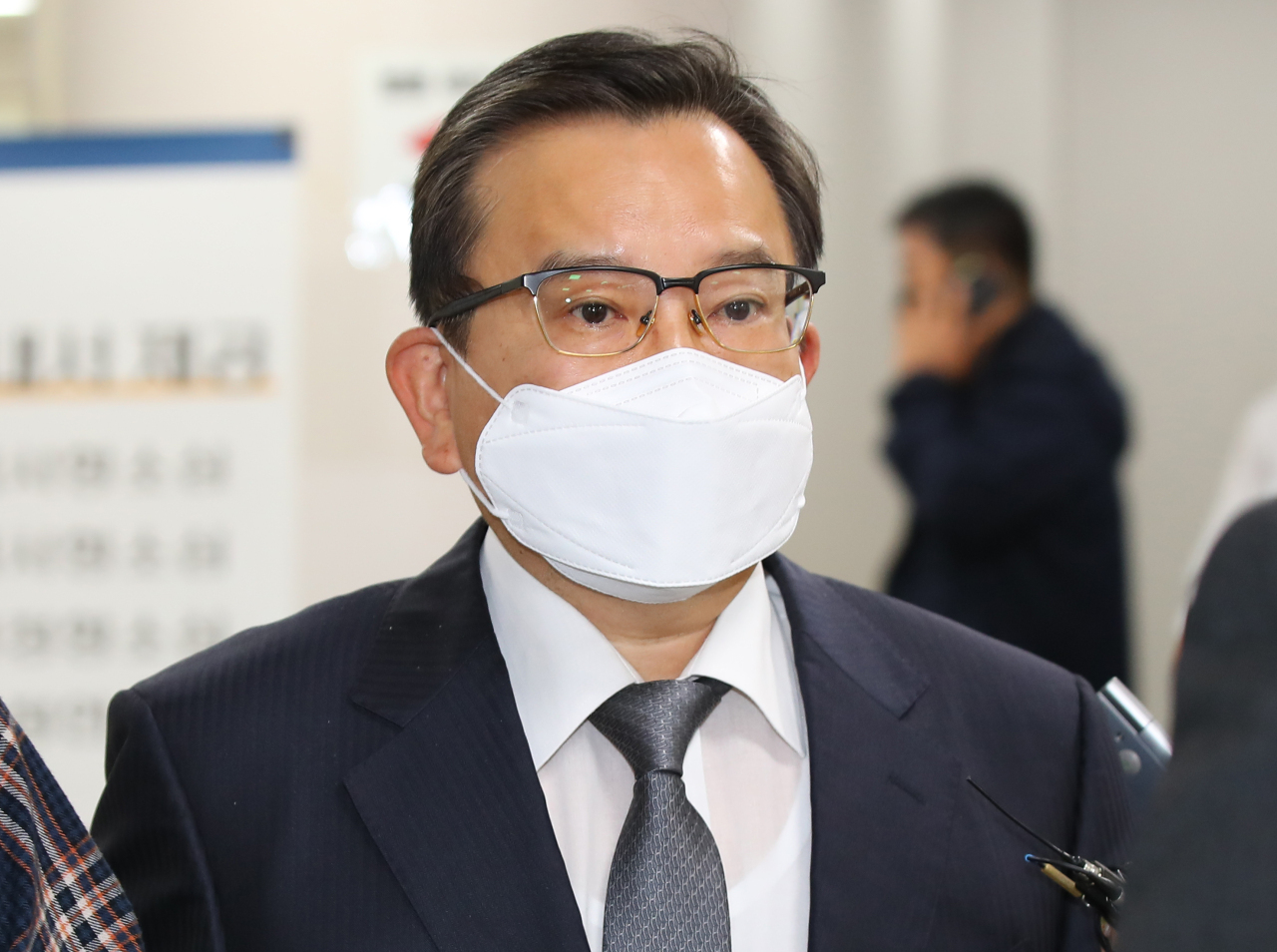 Former Vice Justice Minister Kim Hak-ui (Yonhap)
The prosecution is stepping up the investigation into alleged irregularities regarding an overseas travel ban on a former vice justice minister last year, which has emerged as yet another point of contention for the Moon Jae-in administration.

The nation’s civil rights watchdog recently received a complaint from a whistleblower that the Justice Ministry and a fact-finding team of the Supreme Prosecutors’ Office had illegally banned Kim Hak-eui from leaving the country in March last year.

Kim had resigned as the vice minister of justice after just six days on the job in the former Park Geun-hye administration in March 2013, due to allegations he had received bribes and sexual favors.

In 2019, under the Moon administration, a reinvestigation into Kim was launched over suspicions he received bribes and sexual favors from businessmen between 2006 and 2011.

On the night of March 22, 2019, Kim was stopped at the gate of a flight bound for Bangkok at Incheon Airport as a prosecutor named Lee Kyu-won in the fact-finding team of the SPO requested from the Justice Ministry an emergency overseas travel ban.

The whistleblower alleged that the request form at the time did not have the official stamp of the prosecutor’s supervisor and had the case number of Kim, who was acquitted in 2013 over multiple bribery charges.

The whistleblower also claimed that a fake case number was written on the request form.

The main opposition People Power Party asked the prosecution to investigate the case.

The Justice Ministry said the prosecutor on the fact-finding team had the right to request an emergency travel ban, and that there was “a need to consider the urgent situation.”

A few senior prosecutors told Yonhap News Agency on Wednesday that since a fact-finding team does not have investigative rights, a prosecutor posted there cannot exercise the rights of a prosecutor, and that he needs to ask a district prosecutors’ office to create a case number if necessary and request for a travel ban under the judgment of that agency.

To say that Lee’s actions had no problems would mean that a prosecutor dispatched to a financial institution can request for an overseas travel ban and indict at his own discretion, which makes no sense, an unnamed senior prosecutor was quoted as saying by Yonhap.

The Justice Ministry said, however, that there was “a need to consider the urgent and unavoidable situation as a former senior official facing serious charges was about to flee overseas.”