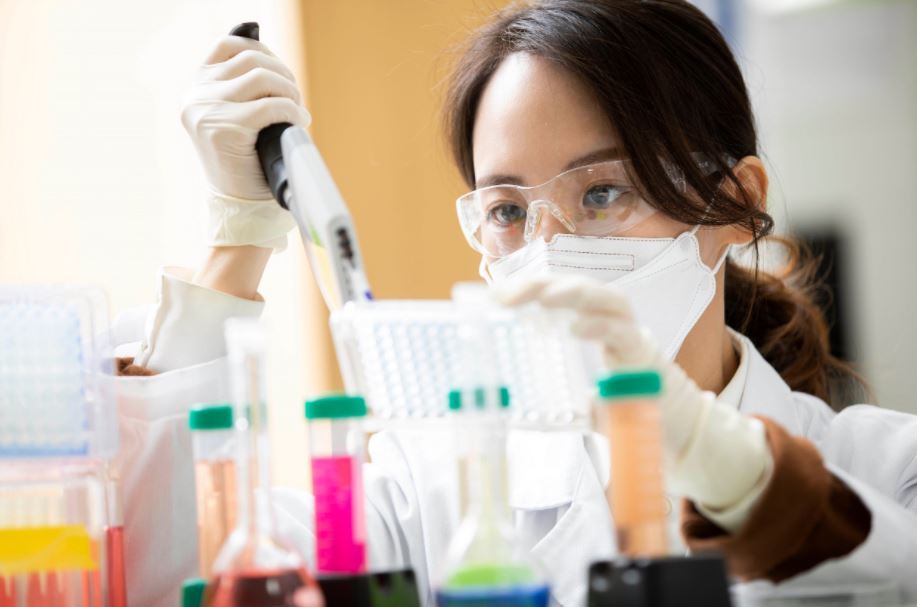 A researcher at a laboratory (Celltrion)
A coronavirus antibody treatment under development by local drugmaker Celltrion has shown a clinical improvement rate of 54 percent among mild and moderate COVID-19 cases, the company announced Wednesday.

The immediate reaction from the industry was that a 54 percent improvement rate is too low to be considered a treatment. However, antibody treatments are meant to only alleviate, not cure, some were quick to add.

Celltrion's treatment will require early detection of an infection. If found early, it will bring down the number of hospital visits for patients with mild symptoms, and decrease overall medical costs.

According to Celltrion, CT-P59 is expected to fulfill the critical clinical unmet need among those older than 50 years old, an at-risk population.

Eom Joong-sik, professor of infectious diseases at Gachon University Gil Medical Center, who presented the outcome, said CT-P59 prevented mild to moderate case patients from progressing to a more serious stage by 54 percent across all 327 participating test candidates. As for those over the age of 50, the drug could decrease the exacerbation rate by 68 percent.

For the entire test candidates, CT-P59 only shortened the recovery time by three days. Those who received CT-P59 recovered in an average of 5.4 days, while those given a placebo took 8.8 days.

But among the at-risk population, CT-P59 could cut the recovery time by as many as six days.

No significant side effects were found.

Celltrion applied for emergency use approval of regdanvimab with the phase 2 trial data to Korea‘s Ministry of Food and Drug Safety on Dec. 29.

The company will now attempt to received emergency use approval from the European Medicines Agency and the US' Food and Drug Administration.

CT-P59 is part of a class of the monoclonal antibody drugs, which are manufactured copies of antibodies created by the human body to fight infections. A treatment by US firm Regeneron was given to US President Donald Trump during his COVID-19 infection. Regeneron‘s casirivimab received the FDA emergency use authorization on Nov. 21.

Another antibody therapy, Eli Lilly‘s bamlanivimab, was given the FDA’s emergency use authorization on Nov. 9.

Both antibody treatments have similar mechanisms, suppressing mild and moderate symptoms before they grow grave.

Eom said that unlike Eli Lilly's and Regeneron's, Celltrion's treatment clinically proved that it can alleviate symptoms in elderly patients with pneumonia.

Celltrion's trial participants were 56 percent over the age of 50, and 60 percent part of a high-risk population concurrently experiencing pneumonia.
Celltrion stressed in its regulatory filing that the probability of a clinically tested drug gaining final approval was only around 10 percent.

In drug development, there may be less-than-anticipated results which could lead to changes or a cessation of the company’s plans to commercialize the drug candidate in question, Celltrion said.