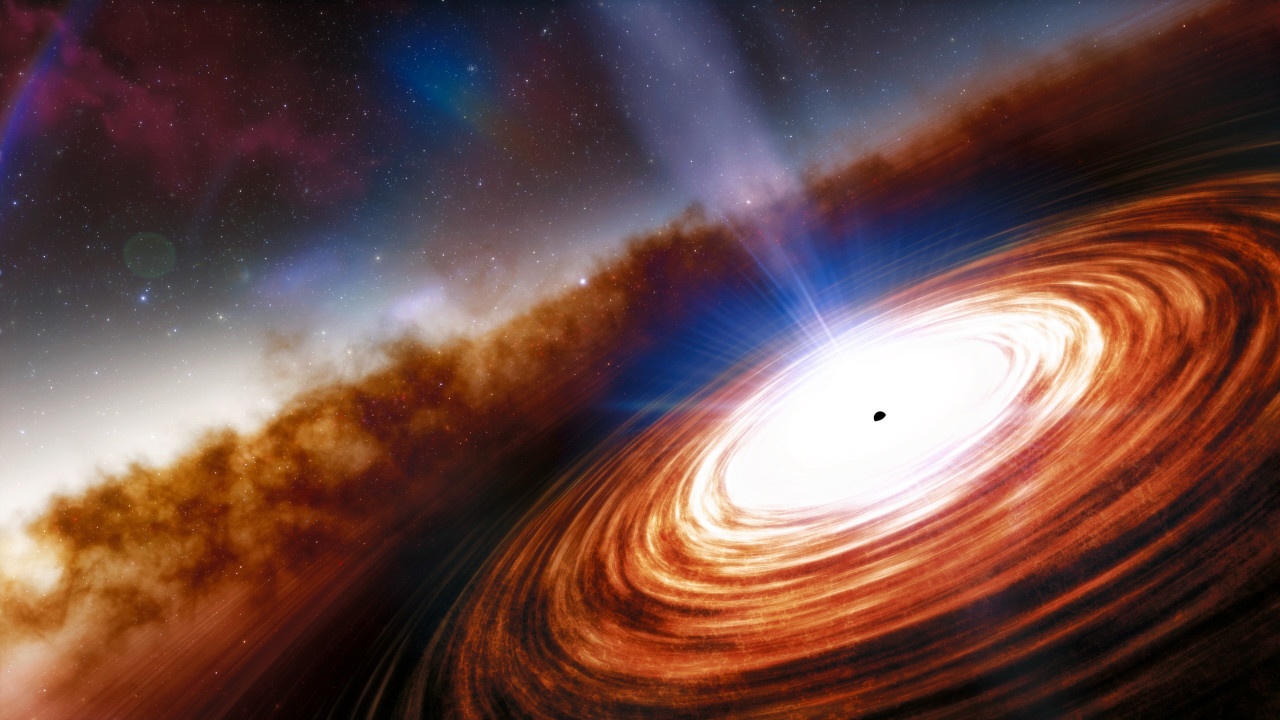 The newly discovered quasar and black hole are 13 billion light-years from Earth.

As the most energetic objects in the universe, quasars are tremendously big and bright celestial objects that are located at the center of galaxies.

Dubbed J0313-1806, the most distant quasar dates back to 670 million years after the Big Bang, when the universe was only 5 percent of its current age, the astronomers said.

“The most distant quasars are crucial for understanding how the earliest black holes formed and for understanding cosmic reionization -- the last major phase transition of our universe,“ said Xiaohui Fan, a co-author of the new study about the discovery and a professor of astronomy at the University of Arizona.

The new quasar is more than 10 trillion times as luminous as the sun and emits 1,000 times more energy than our entire Milky Way galaxy, according to the findings.

The supermassive black hole, which powers the quasar, weighs in at more than 1.6 billion times the mass of the sun.

”This is the earliest evidence of how a supermassive black hole is affecting its host galaxy around it,“ said Feige Wang, the study‘s lead author and a Hubble Fellow at the University of Arizona’s Steward Observatory. ”From observations of less distant galaxies, we know that this has to happen, but we have never seen it happening so early in the universe.”

The newly discovered quasar appears to offer a rare glimpse into the life of a galaxy at the dawn of the universe, the University of Arizona said in a press release, when many of the galaxy-shaping processes that have since slowed or ceased in galaxies that have been around for much longer were still in full swing.

The researchers announced their discovery during a press conference at the annual meeting of the American Astronomical Society, which is being held virtually this week. The findings have been submitted for publication in the Astrophysical Journal Letters.