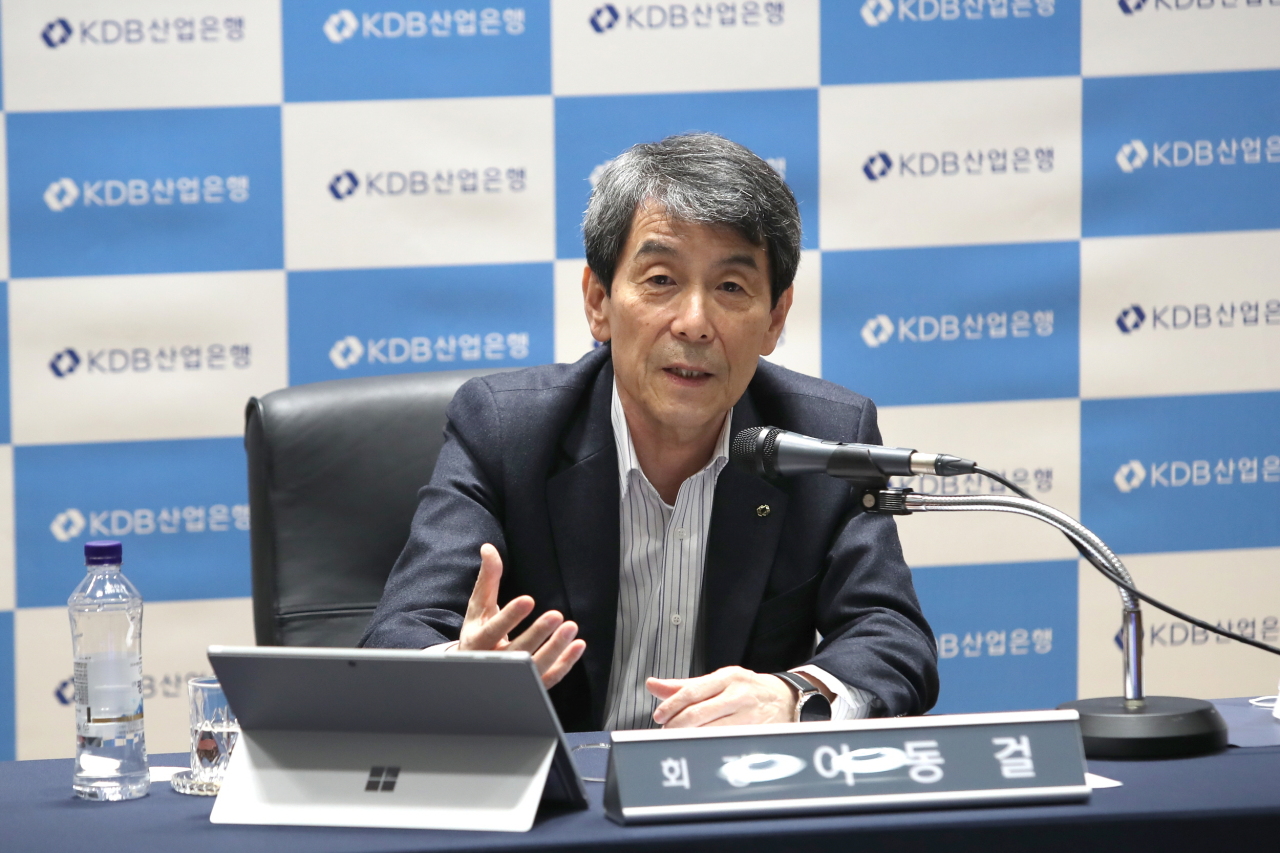 “We’ve seen many debt-ridden companies face strikes every year during annual negotiations between the labor union and management. To get rid of internal discord, the one-year group agreement needs to be extended to 3 years,” he said at the online press conference, while warning it is the last change for SsangYong to be revived.

Indian carmaker Mahindra & Mahindra, the largest shareholder of SsangYong, is in talks with the unveiled potential buyer over the cash-strapped automaker’s stakes. As soon as the deal is over, KDB will no longer play its role as a main creditor, he added.

The chairman also raised doubts about the National Pension Service’s opposition of Korean Air’s capital increase scheme to the takeover of debt-ridden rival Asiana Airlines. He questioned whether the nation’s public pension fund’s shareholder right was reasonable. NPS, which holds an 8.11 percent stake in Korean Air, voted against the flag carrier’s move to issue new common shares in early January.

Lee further highlighted the importance of the policy lender’s role as financially supporting local innovative firms this year as vowing to focus on the industrial market’s recovery and improving competitiveness. The chairman also mentioned green finance as one of the KDB’s key projects this year.

“KDB’s roles to support the Korean New Deal project and green finance will further expand this year. By reviewing the government’s roadmap to a carbon neutral society by 2050 that submitted to the United Nations, we’ll take preemptive measures for credit policies.”