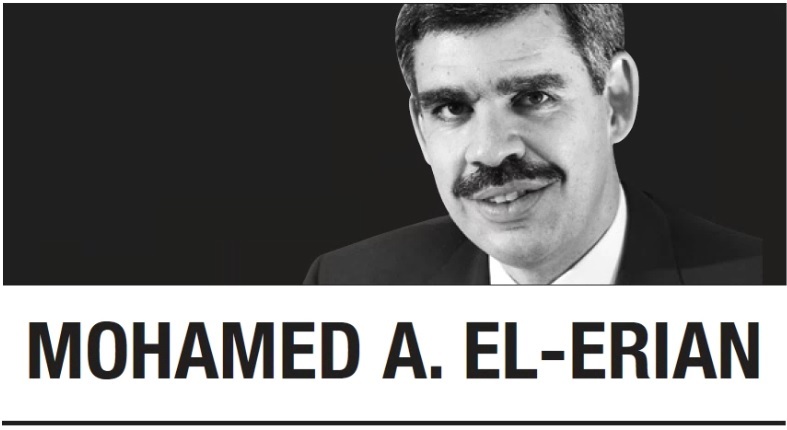 US government bond yields have registered some notable moves in the first few days of 2021. Should they continue on their current pace, they risk causing headaches for both policymakers and stock investors because of their underlying drivers.

These moves come when Fed policy has continuously sought to repress yields substantially and keep them in a tight trading band. Should the moves continue, they would also challenge some of the strong drivers of funds into equities and other risk assets by reducing their relative attractiveness and by weakening the buy signals issued by models incorporating the discounting of future cash flows. Moreover, their persistence would be concerning for the economic outlook because of their underlying drivers and the potential impact on sectors sensitive to interest rates such as housing.

What are those drivers? The recent moves in the US yield curve do not reflect any change, actual or forward looking, in the Fed’s extremely accommodative monetary policy stance. Indeed, the minutes of December’s Federal Open Market Committee meeting, released last week, reiterated that the central bank has no intention of tapering its stimulus any time soon, and when it does, the process will be extremely gradual.

Some of the other potential contributors to higher yields, such as increased government default risk or more favorable growth prospects, are also unlikely to be in play. If anything, the Fed’s willingness to expand its balance sheet without limit reinforces the notion that there is a steady and reliable noncommercial buyer of government bonds. Meanwhile, growth prospects have deteriorated in the shadow of the recent spike in infections, hospitalization and deaths related to COVID-19. Already, the monthly US jobs report on Friday reported a loss of 140,000 jobs in December.

The Democratic sweep of the two Georgia Senate runoff elections last week has increased the prospect of higher government budget deficits and much more debt financing. But with the Fed not only committed to maintaining its large-scale asset purchases but also open to increasing it and shifting more of the purchases to longer-dated securities, such a prospect should not have an immediate significant impact on yields.

The most likely drivers, then, are expectations for higher inflation and more hesitancy on the part of Treasury buyers. The former is supported by moves in inflation break-evens and other inflation-sensitive market segments. The latter is consistent with the considerable market chatter about how government bonds, being so highly repressed by the Fed and facing an asymmetrical outlook for yield moves, are no longer ideal for mitigating risk.

An intensification of the recent moves in yield curves in the weeks ahead would be concerning for both policymakers and risk takers in markets. While the Fed is hoping for higher inflation, it wouldn’t want this to materialize through “stagflation” -- that is, even more disappointing growth and higher inflation. The Fed has few tools, if any, to guide the economy out of such an operating environment. This, as well as the hit on corporate earnings from the lack of economic growth, would exacerbate what is already an extremely large disconnect between financial valuations and fundamentals.

The most dominant market view at the moment, and it is quasi universal, is that stocks and other risk assets will continue to rise because of the abundant liquidity injections coming from central banks and the allocation of more private funds. After all, central banks show no inclination of moderating their huge stimulus. And investors remain strongly conditioned by a powerful mix that has served them extremely well so far: TINA (there is no alternative to stocks) fueling BTD (buy the dip) behavior in response to even the smallest market selloffs, especially given FOMO (the fear of missing out on the recurrence of impressive market rallies).

As valid as these considerations are at this moment of time, they also warrant a close monitoring of the yield curve for US government bonds. A significant continuation of recent trends would challenge the Fed, investors and the economy.


Mohamed A. El-Erian
Mohamed A. El-Erian is a Bloomberg Opinion columnist. He is president of Queens’ College, Cambridge; chief economic adviser at Allianz SE, the parent company of Pimco where he served as CEO and co-CIO; and chair of Gramercy Fund Management. -- Ed.