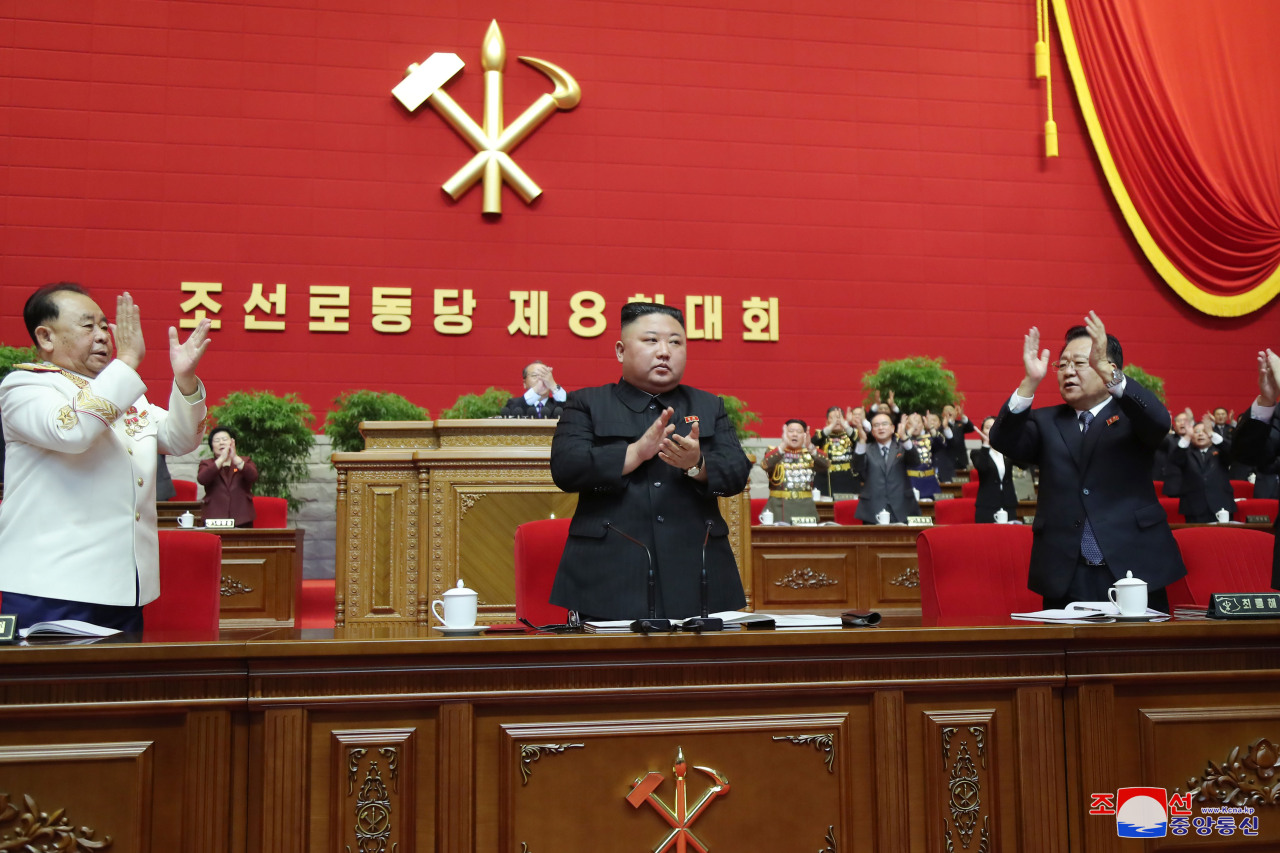 His predecessors all held the title, while his late father, Kim Jong-il, was named “eternal general secretary” in 2012 when Kim Jong-un succeeded him.

“Kim Jong-un has reshaped the party leadership, as guided by ideologies shared by Kim Il-sung and Kim Jong-il, and put forward policies for North Koreans,” according to the resolution adopted at the congress.

Experts said Kim, who has been chairman of the State Affairs Commission since 2016 following four years of being first secretary, was seeking unrivaled power.

“Kim wants to see an indisputable one-man rule, so he threw out the chairmanship because it did not make him stand out among other party chairmen,” said Cheong Seong-chang, senior research fellow at the Sejong Institute.

“The title is a clear sign of being ‘first among equals,’” said Shin Beom-chul, director of the Center for Diplomacy and Security at the Korea Research Institute for National Strategy.

Other experts said the change was foreseen given that Kim has repeatedly sought to portray himself as a leader who “serves the people.”

“Being secretary rather than chairman portrays Kim as less authoritarian,” said Kim Hyung-suk, who was South Korea’s vice unification minister between 2016 and 2017.

Meanwhile, Kim Yo-jong, Kim Jong-un’s sister whom South Korea’s intelligence agency described as the regime’s “de facto second-in-command,” was not promoted. She remained a member of the Central Committee and was not included in its Politburo.

“Kim Yo-jong’s promotion would have diluted the impact of his brother’s promotion. He wants his promotion to sink in first and for it to be felt long enough,” Shin said.

Former vice unification minister Kim Hyung-suk said Kim Yo-jong can take on bigger roles later because she is a descendent of the so-called Paektu bloodline.

Paektusan, a mountain on the North-China border, is a centerpiece of North Korea’s propaganda campaign to sanctify bloodline of the ruling Kim family. Previous ruler Kim Jong-il was born there, according to the communist country’s mythology.

“When it comes to weapons, Kim will do it. For one, he eventually test-fired the Hwasong-15, the regime’s first intercontinental ballistic missile in 2017. The regime lives on his ambitions,” said Choi Kang, vice president of the Asan Institute for Policy Studies in Seoul.