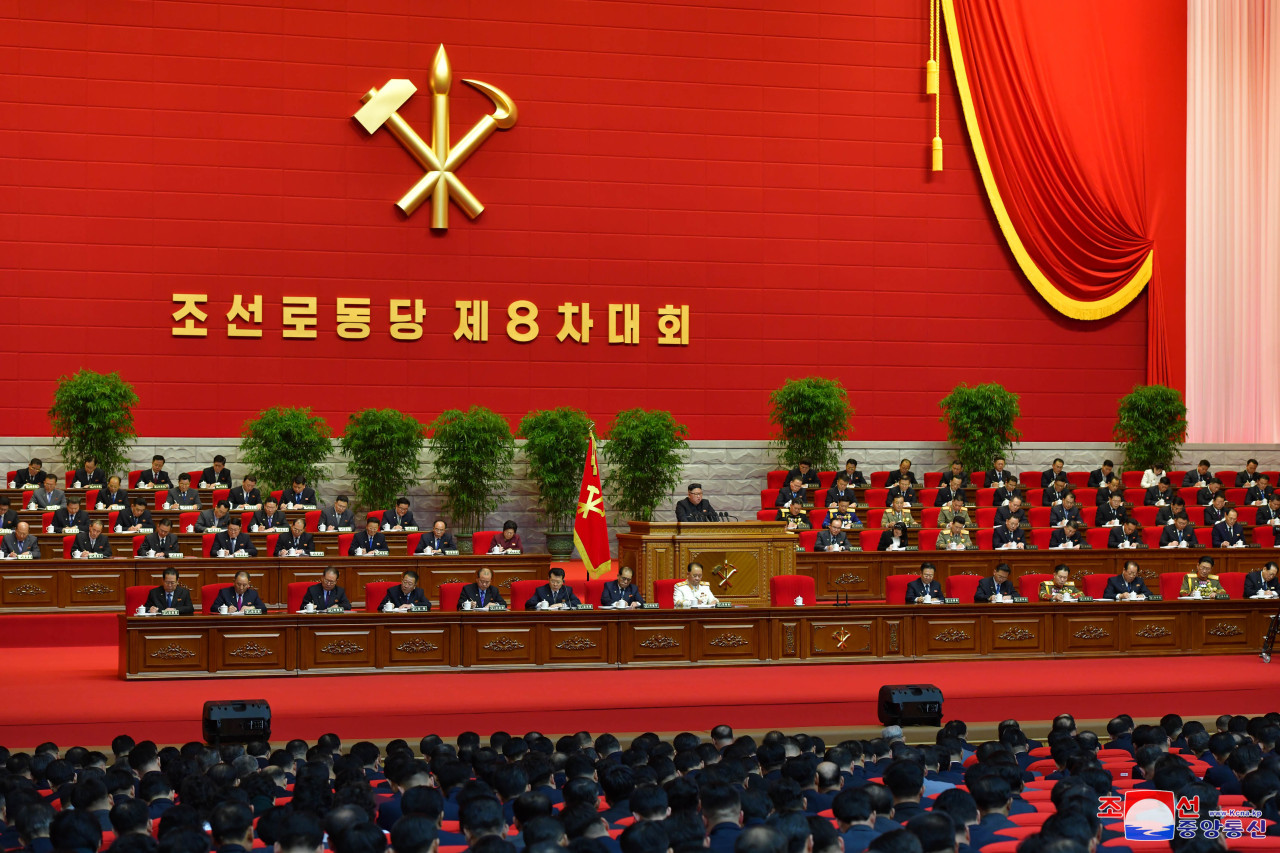 North Korean leader Kim Jong-un convenes the 8th Congress of the Workers’ Party of Korea for a third day in Pyongyang, North Korea, Jan.7, 2021. (KCNA-Yonhap)
North Korean leader Kim Jong-un on Thursday examined ties with South Korea and decided to expand foreign relations, on the third day of his second party congress since coming to power in 2012. Kim did not elaborate, according to the North’s state media.

The 37-year-old leader also highlighted “our way of life” full of socialist values in education, health and arts and discussed promoting the supremacy of “our institutions.”

Kim, who faces the toughest challenges of his nine-year rule amid the coronavirus and international sanctions over his nuclear program, has yet to dictate the terms of engagement with the incoming Biden administration in the US. Pyongyang is seeking sanctions relief from Washington.

Experts said Kim would set his stance later the week but would not risk going belligerent on Biden, as the new US president has not decided on North Korea policy.

Meanwhile, speculation continues to build up over a military parade in Pyongyang seeking to mark the rare congress.

But the parade would not match the scale of the October event where Pyongyang displayed its largest-ever intercontinental ballistic missile, the website added. North Korea saw two massive rallies at the last congress in 2016, but it did not parade weapons.

“A parade this time, if there is to be one, would be toned down, without touting weapons or provoking Biden,” said Shin Beom-chul, director of the Center for Diplomacy and Security at the Korea Research Institute for National Strategy.