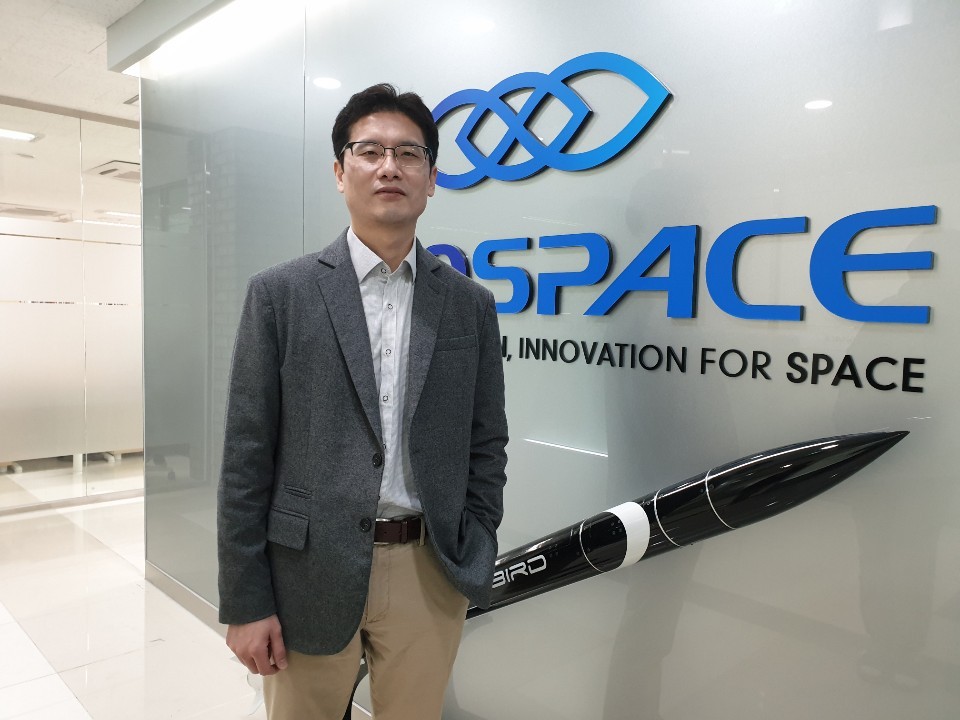 Kim Soo-jong, chief executive and chief technology officer of rocket engine startup Innospace (Innospace)
While overseas global corporations such as Elon Musk‘s Space X, are leading to charge to turn the stuff of science fiction into reality, in South Korea, the brave companies eyeing the likes of space travel and humanoid robots are not its hardware giants, but small startups.

The Sejong-based startup, led by a former Hanwha engineer, manufactures small “hybrid” rocket motors that use a combination of solid fuel and liquid oxidizer, different from US rivals, most of whom use larger engines with either liquid or solid fuel. 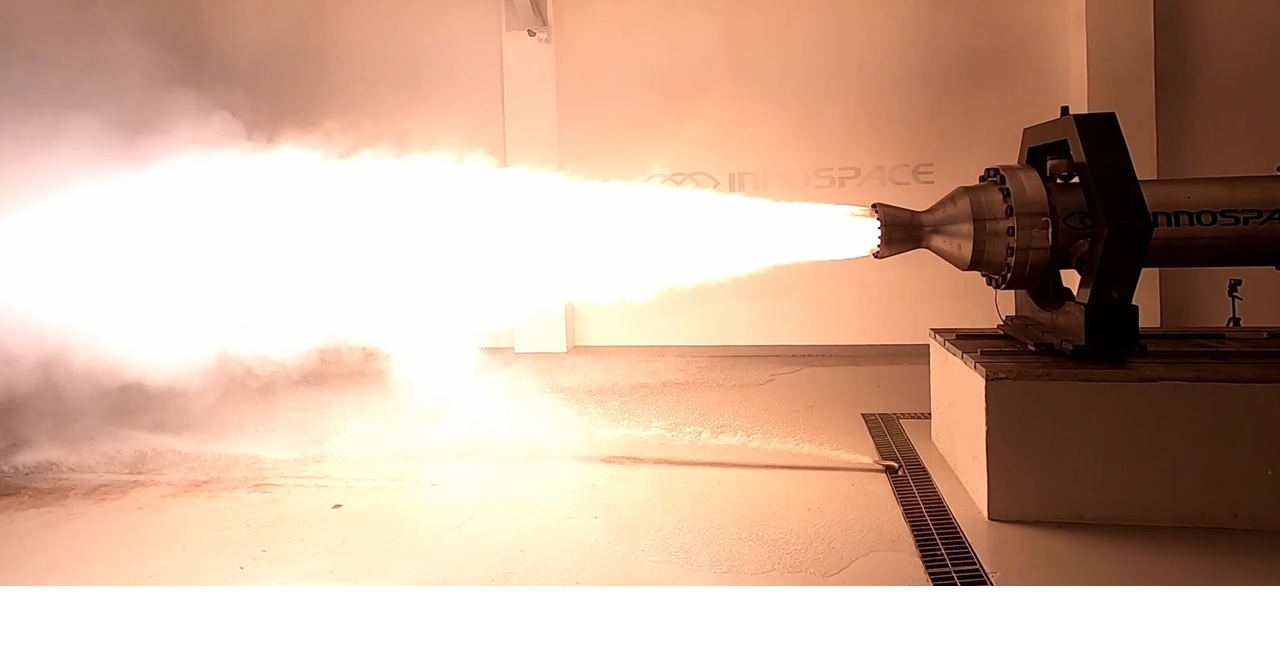 Compared to its competitors in the small rocket field, Innospace’s rocket engines have about 2 1/2 times the travel rage -- up to 500 kilometers -- said Kim Soo-jong, CEO and chief technology officer of Innospace.

“I would say Innospace’s rockets have an upper hand over even those hybrid ones developed by US spaceflight company Virgin Galactic, as they can maintain a stable performance to their destinations while others cannot,” Kim said.

It plans to complete the development of rocket engines that can carry nanosatellites weighing up to 50 kilograms by 2022, and engines for 150kg-class microsatellites by 2024. That will be followed by hybrid engines for 500kg-class minisatellites in 2026.

As the rocket manufacturing business is considered highly risky, it was not easy to attract investment for testing and building rockets, but it has recently closed a series A funding round.

For the Innospace CEO, developing rockets and sending spacecraft into space are not just his personal long-time dream, but something that he wants to do to pave the way for young Korean researchers committed to space exploration.

“The transition from state-driven ‘old space’ to private sector-driven ‘new space,’ has taken place in the past 10 years, and it has opened a window of opportunities for many companies around the world. Korea, however, has been left behind in the race, with few private companies contesting the field,” Kim said.

“Riding the wave created in the global space filed, Innospace wants to become a role model for many space aspirants here,” he added. 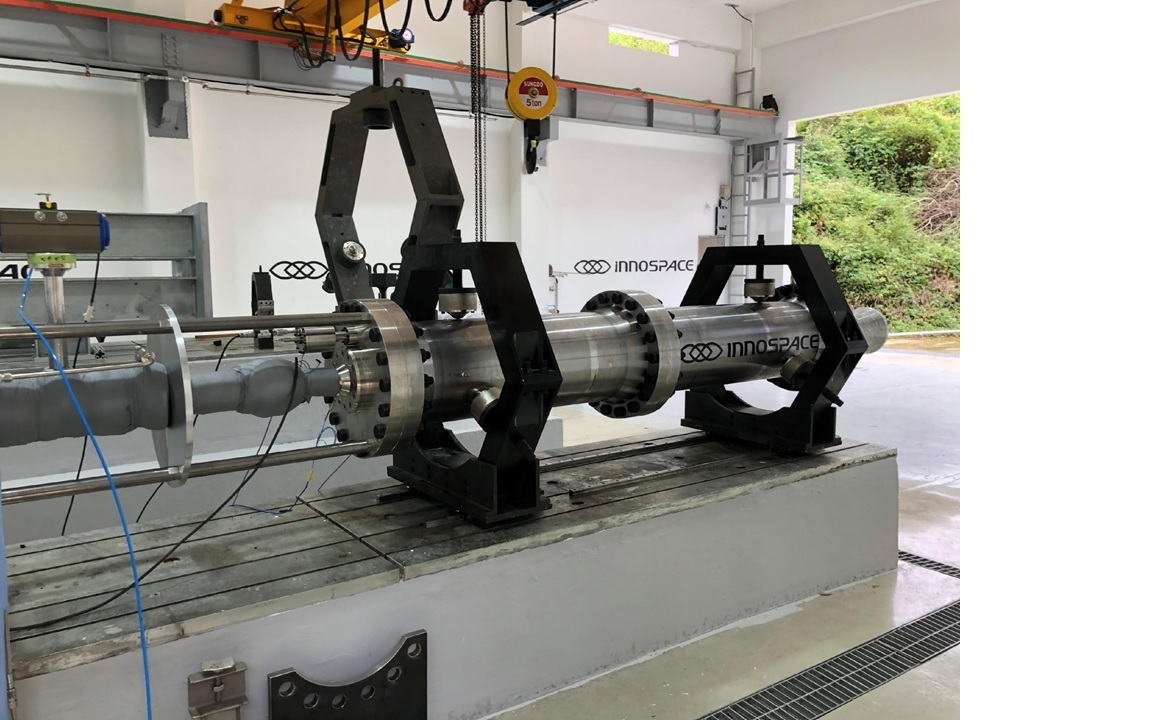 A hybrid rocket engine is being tested at rocket startup Innospace’s R&D center in South Chungcheong Province. (Innospace)
Kim has devoted himself to the research and development of hybrid rockets for some 20 years. He used to work for a rocket research lab under Hanwha Group and an Israeli rocket research center under Israel Institute of Technology.

Space-related segments, including space delivery services and rocket manufacturing, had long been regulated and controlled by governments, but private spaceflight businesses have been fast growing recently as restrictions being lifted. And the ‘new space’ movement so far has been largely spearheaded by US firms.

“If companies, especially those big conglomerates, want to catch opportunities in the space field, they may have to make swift decisions to enter the area,” Kim said. “If they don’t, it would be impossible to catch up those pioneers like SpaceX, Rocket Lab, and FireFly, which have already been enjoying the first-mover advantage.”

Back down on Earth, Aidin Robotics recently received attention in the wake of Hyundai Motor Group’s acquisition of Boston Dynamics in early December.

The Korean robot startup has been in talk of forging partnerships amid growing interest toward the robotic industry.

“I think the robot market will gather further momentum down the road thanks to the takeover, and Aidin Robotics is trying to roll out products and services tailored to meet the various needs of customers,” Lee Yoon-haeng, CEO of the robot startup said.

In comparison to robots manufactured by robot giant Boston Dynamics, established 1992, the 1-year-old Aidin has price advantage and the company can offer robots that work best in the domestic market, he added. 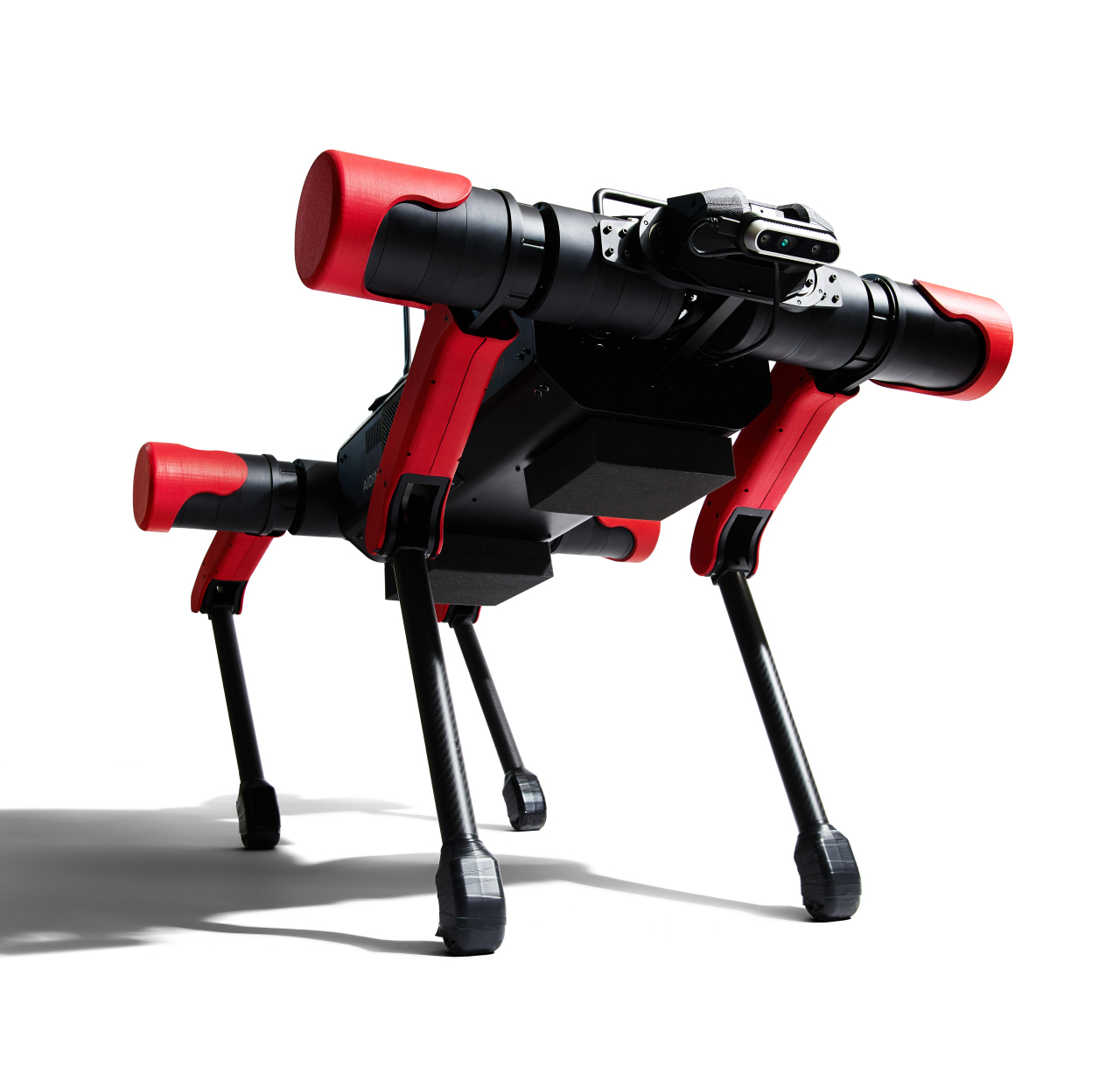 A quadruped robot developed by South Korean startup Aidin Robotics (Aidin Robotics)
The startup develops a four-legged robot that moves like a dog, multi-axis force sensors and robotic arms that can sense and dodge objects or humans on their own.

The company’s quadruped robot, also named Aidin, uses torque sensors in its joints to cope with uneven ground and surfaces.

“Enabling robots to move with four legs on the uneven ground in a stable manner requires a higher level of robotic skills than those needed for building wheeled robots, and that is why there have not been many Boston Dynamics-like companies in the nation so far,” he said.

“By bringing cutting-edge technologies out of the lab and into the market, Aidin Robotics will try to accelerate the commercialization of advanced robots in daily life.”

Advanced software is also crucial to build autonomous robots that move and act like humans or living organisms.

Plaif is a local software company that develops AI software that enables robots to recognize and sort objects.

“While Korea is one of the top nations in terms of using industrial robots, its robot-making industry has little or no footing in the world,” said Chung Tae-young, citing the global market share of just 4 percent held by the nation’s leading industrial robot maker Hyundai Robotics.

Industrial robotics companies Fanuc, ABB, KUKA, and Yaskawa, on the other hand, had a combined 56.5 percent market share in 2019, according to market data provider Statista.

The Plaif CEO said advanced AI programs can take the nation’s competitiveness in the robotic field up a notch.

With the widespread use of AI-powered robots in the industrial sectors as well as in people’s daily lives, humans will be freed from mundane and repetitive work and be able to focus on creative endeavors, according to the CEO, who won a top award in robot competition RoboGames in 2012.

While Plaif is targeting the industrial robotics market here and abroad, it ultimately plans to allow robots to do everything for humans.

“Developing robotic arms and AI assistants like Jarvis in the ‘Iron Man’ movie series is the ultimate goal of mine,” he said.