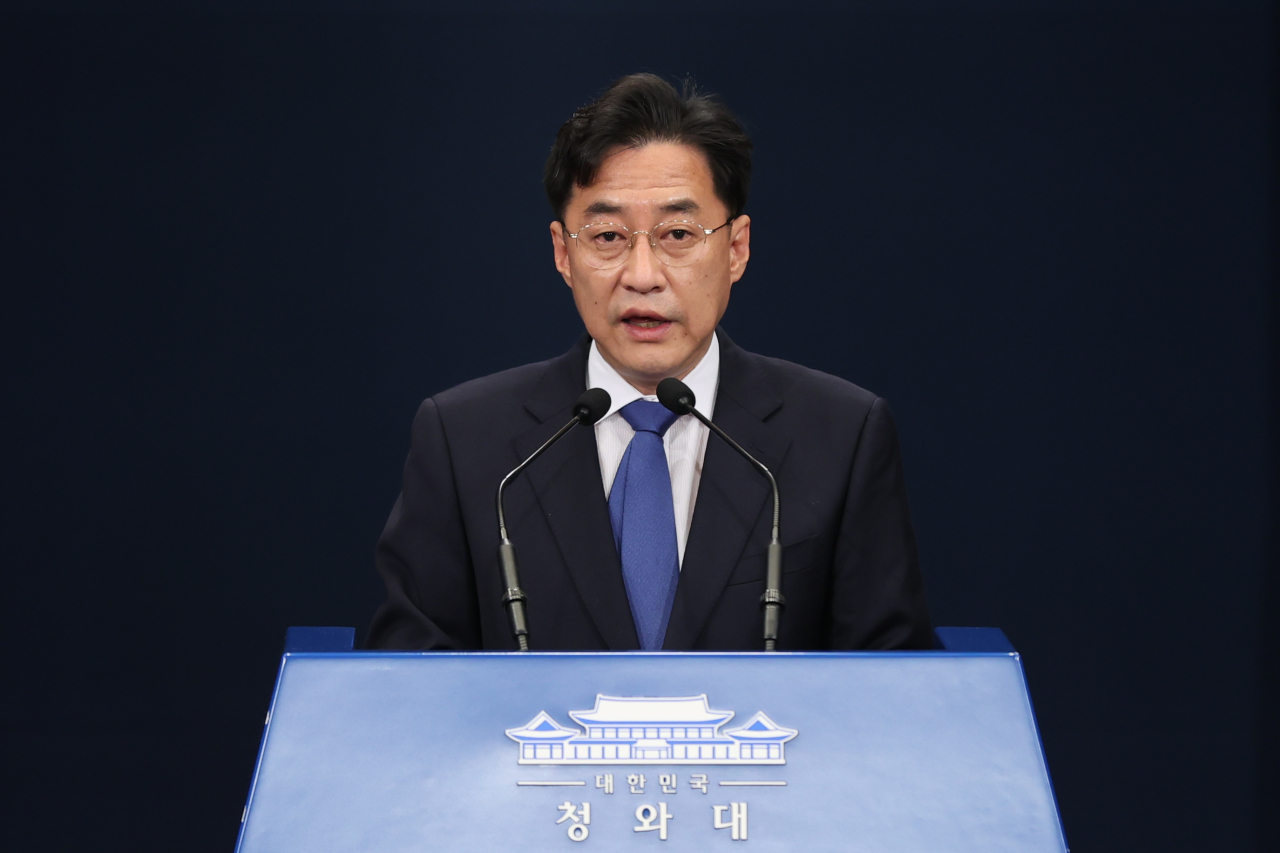 Spokesman Kang Min-seok (Yonhap)
The South Korean presidential office on Thursday denied a news report that an annual trilateral summit between South Korea, China and Japan, which Seoul plans to host this year, will be postponed to next year.

Japan's Nikkei reported earlier in the day that the hosting of this year's annual three-way summit will be delayed as the environment in which South Korean President Moon Jae-in and Japanese Prime Minister Yoshihide Suga can meet in person has not been arranged.

"No decision has been made regarding the South Korea-China-Japan summit," Kang Min-seok, spokesperson for South Korea's presidential office of Cheong Wa Dae, said in a statement.

The Nikkei report quoted a senior Tokyo official as saying that Seoul has not proposed a specific schedule or agenda to be discussed between the leaders, and that for the summit to take place within this year, given the current circumstances, would be difficult.

Seoul has been seeking to host the summit, held in turns in the three countries, within the year.

Many Koreans were forced to toil at Japanese factories and mines during World War II, when Korea was under Japan's brutal colonial rule.

Japan argues that all reparation-related issues were settled in a 1965 state-to-state accord on normalizing bilateral diplomatic ties. But South Korea's Supreme Court ruled in 2018 that the individual rights to compensation remain valid. The Moon administration stated that it respects the judiciary's position. (Yonhap)