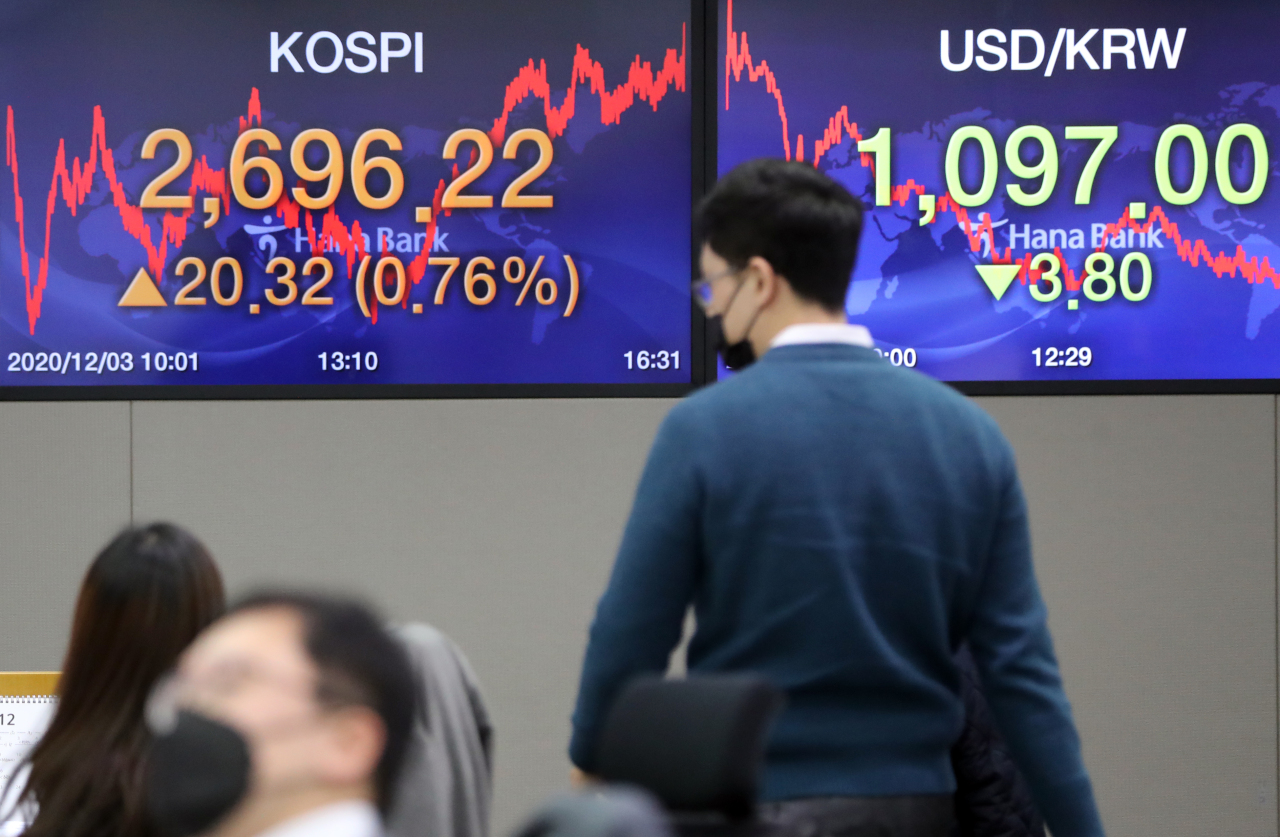 Electronic signboards at the trading room of Hana Bank in Seoul show the benchmark Kospi closed at 2,696.22 on Thursday, up 20.32 points or 0.76 percent from the previous session's close. (Yonhap)
South Korean stocks set another all-time high Thursday despite a resurgence in new coronavirus cases, led by strong advances by chip and auto heavyweights. The Korean won sharply rose to an almost 30-month high against the US greenback.

Stock trading hours were pushed back by 1 hour due to the nationwide college entrance exam.

The KOSPI gained for a third consecutive session, briefly surging as high as 2,704.02 toward the session's close.

Trading of stocks, as well as the exchange traded fund (ETF) and bond markets, will begin at 10 a.m. and close at 4:30 p.m., the Korea Exchange (KRX) said in a statement.

After a choppy morning, stocks gained ground on strong gains by South Korea's two largest chipmakers, Samsung Electronics and SK hynix. Both firms closed at their all-time highs on brisk November exports and rosy forecasts for next year.

The combined domestic sales by five homegrown carmakers in November jumped 5 percent on-year, according to data from the companies.