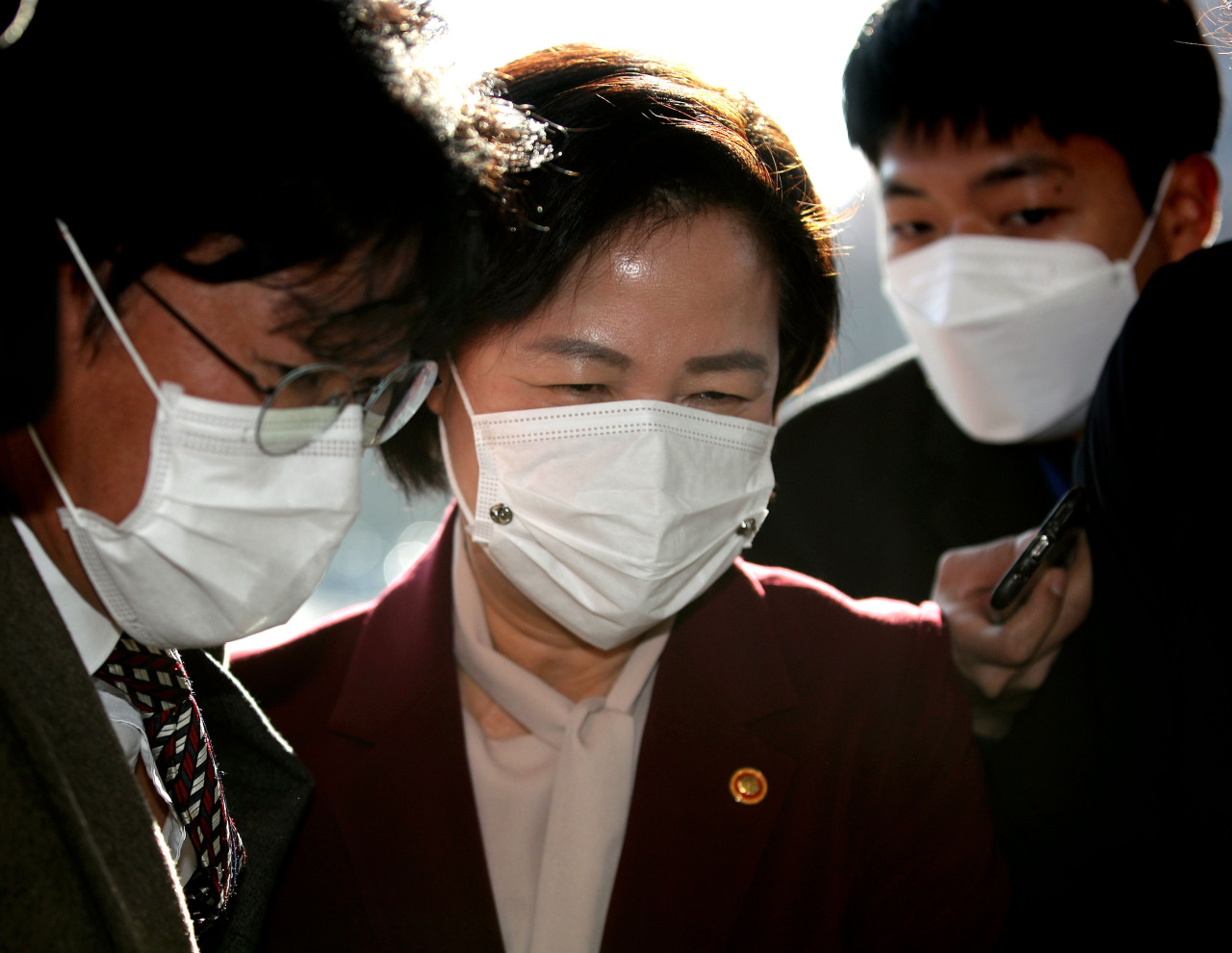 On Thursday Choo wrote a lengthy message on her Facebook account, accusing public prosecutors of wielding unchecked power and resisting reform to serve their own interests.

She went on to accuse the prosecutors’ office of violating human rights, manipulating public opinion to ensure that its powers could not be challenged, and forming a network of corruption connecting incumbent and former prosecutors.

Saying the prosecution had sacrificed high-ranking government officials for its “cruel investigations,” Choo said the prosecutors’ office was now a “prosecution party” that rejected democratic control and worked for its own interests.

“If that cannot be abolished, prosecutorial reform will become empty prayers. Therefore, I cannot set aside from my responsibilities,” Choo wrote, dismissing speculation that she might step down.

Choo’s lengthy message comes ahead of a meeting of the Justice Ministry’s disciplinary committee, which could push ahead with penalizing Yoon despite earlier opposing opinions from the courts and the ministry’s inspection committee.

The disciplinary committee meeting was postponed to Dec. 10. The Justice Ministry announced late Thursday afternoon that the meeting has been postponed for the second time to ensure that Yoon has time to prepare.

This is the second time the meeting has been pushed back on Yoon‘s request. Yoon requested the meeting to be postponed citing lack of time to prepare, resulting in the meeting being pushed back to Friday, from the initially scheduled Wednesday.

On Tuesday, the Justice Ministry’s inspection committee concluded that the process of auditing and requesting penalties for Yoon was unjust, while the Seoul Administrative Court accepted Yoon’s appeal, lifting his suspension and enabling him to return to work.

“The Moon Jae-in administration removing the prosecutor general and its violation of legalism are becoming a global issue,” People Power Party interim leader Kim Chong-in said, saying that the issue has been reported in the Japanese and British media.

Kim said the government’s actions were diminishing the country’s position in diplomatic affairs, and that the developments were an “international disgrace.”

Kim went to on to hint that Moon could face legal troubles.

“A president is judged only on his achievements, and the fact that making some system does not guarantee a president’s safety was made painfully clear in history,” Kim said in an apparent reference to the administration’s reform plans, which include the Corruption Investigation Office for High-Ranking Officials.

The Corruption Investigation Office for High-Ranking Officials is a new body that the ruling bloc hopes to launch within the year that will deal specifically with criminal allegations concerning high-ranking officials.

Moon, meanwhile, continues to keep his distance from the matter.

“Cheong Wa Dae has already stated that (the presidential office) cannot issue guidelines regarding Yoon’s penalization process. The stance that no guidelines can be given will be maintained while the disciplinary committee is being held,” Cheong Wa Dae spokesperson Kang Min-seok said Thursday.

According to Kang, Moon stressed the importance of ensuring fairness and to follow protocol in the matter and suggested keeping the newly appointed vice justice minister from heading the disciplinary committee could help ensure that the committee‘s decision is not seen as being biased.