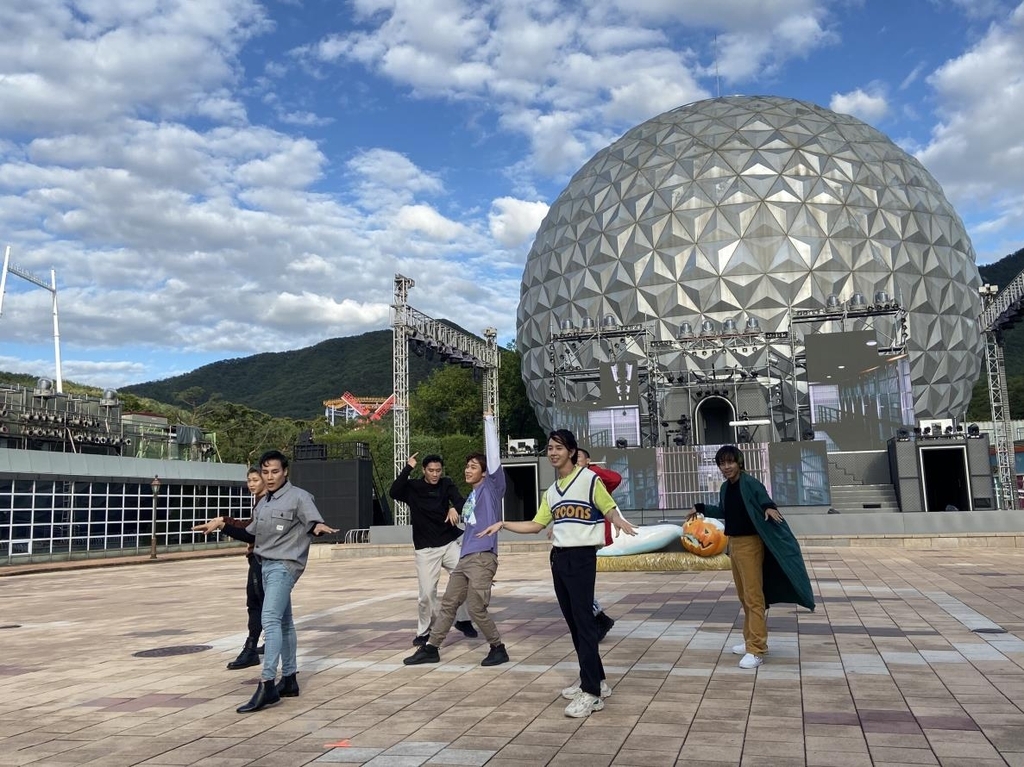 The amount is far less than the 1.5 billion won the Culture Ministry initially hoped for to conduct the project with six groups from three other Asian countries.

“Since the budget has been slashed to 400 million won. we will have to adjust our initial plan and conduct a program with less than six groups,” Hallyu Content Cooperation Division official Kim Deok-su said Thursday.

The Culture Ministry’s initial project was based on the experience of a similar project with Myanmar boy band Project K, who came to Korea in September this year to experience Korea’s artist training system.

“We held the Asia Song Festival and invited artists from overseas. Project K was one of them,” Hallyu Content Cooperation Division official Lee Jun-ho told The Korea Herald. “At the time we did not have any budget to provide a training experience program, so the group received money from a Myanmar company.”

“We found out that we can promote the K-pop training system to the world through this project,” Lee added.

He noted that the project can also promote Korean traditional culture.

“The group posted their Korean traditional culture experience on their social media while they were here for the training and fans loved it,” Lee added.

The project, however, was severely criticized by members of the National Assembly.

“The ministry set a 1.5 billion-won budget to support a K-pop training program for artists from Myanmar and Vietnam,” Park Soo-young from the opposition People Power Party said on his social media account. “I am not sure if they call themselves a government of the Republic of Korea when they are wasting people’s money like this.”

“I get that the project is necessary but I do not think it should be done with the government’s budget,” Cho Hae-jin, another National Assembly member from the People Power Party said during the budget review process.

“Through artists like BTS, the effectiveness of the K-pop training system has been verified. I do not see why we have to spend money to bring artists from abroad,” Kim said. Kim added that there is already lots of demand for training systems in the global market, and some local entertainment companies are successfully exporting them without any intervention or support from the government.

“SB19 is a Philippine group but they received K-pop training from a local entertainment company. The group has a strong fan base and entered Billboard’s ‘Social 50’ chart last year,” Kim said.

Concerning criticism on the unnecessary intervention of the Culture Ministry, it explained that it will only conduct the project in markets that do not have a mature enough entertainment industry to attract Korean companies to enter.

“We will not select artists from countries where Korean entertainment companies are already expanding well,” Culture Ministry official Lee said.

The budget will largely be used to support producing contactless and online cultural content.

For instance, 26.5 billion won was newly allocated for the Online Immersive K-Pop Content Production Project, which mainly aims to benefit small and midsized entertainment companies that wish to hold concerts like BTS’ “Bang Bang Con: The Live,” but cannot due to financial constraints.

The budget will also support art, tourism and sports-related industries that have been hit by the pandemic situation, according to the Culture Ministry.