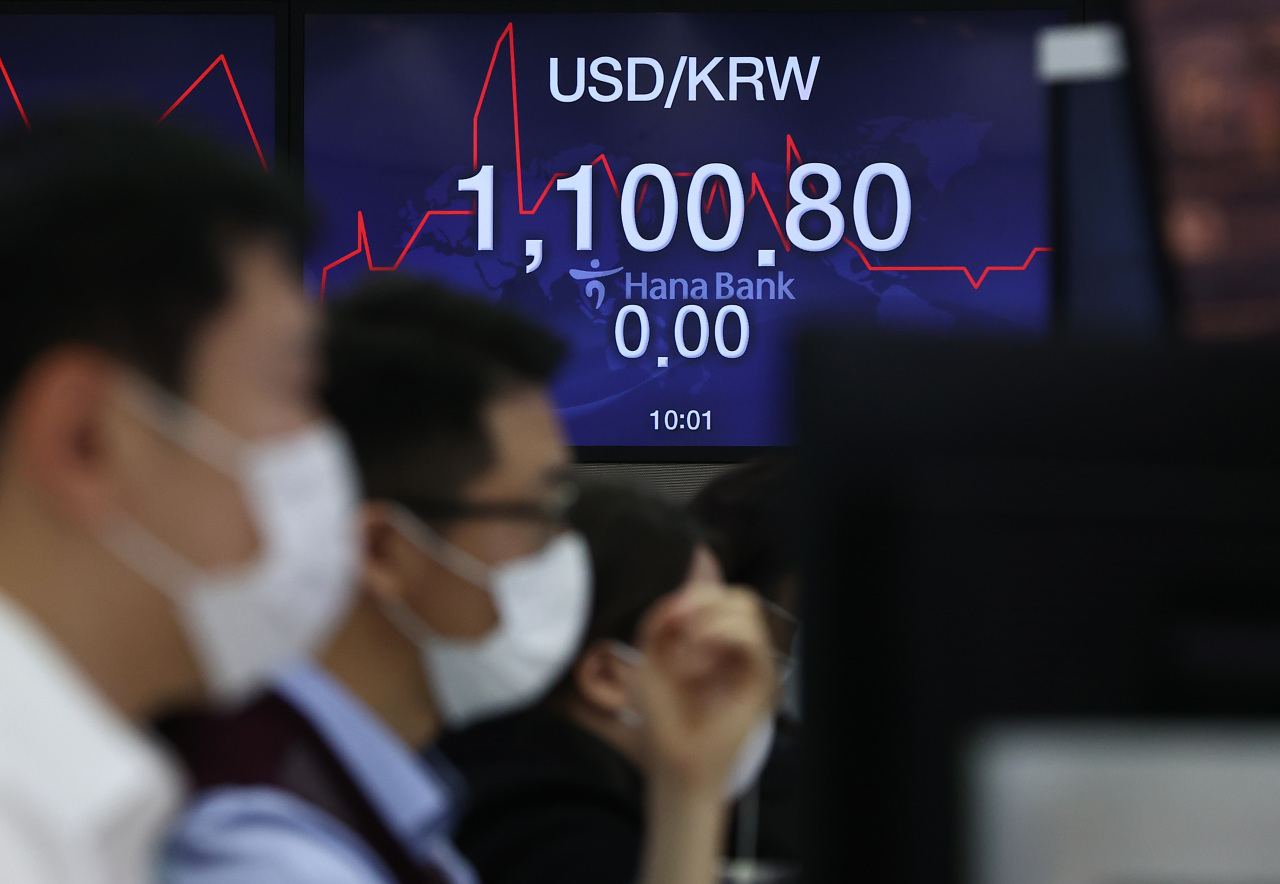 Electronic signboards at the trading room of Hana Bank in Seoul (Yonhap)
South Korea's won currency surged to a 30-month high against the US dollar Thursday and broke a key psychological level, buoyed by optimism over US stimulus talks and developments of coronavirus vaccines.

The won was quoted at 1,097.00 won per US dollar at Thursday's closing, up 3.8 won from the previous session's close.

The won also broke the key psychological level of 1,100 won in its closing price for the first time in about 30 months.

The won, along with other peers, has strengthened against the US dollar due to optimism over vaccine developments, with US President-elect Joe Biden promising to swiftly deal with stimulus packages.

The US dollar has also been weakening since the US Federal Reserve said in its September rate-setting meeting that it will keep interest rates near zero until inflation is on track to meet its 2 percent target.

Last month, Finance Minister Hong Nam-ki said financial authorities have been closely monitoring the foreign exchange market, warning that they are ready to take action at any time to smooth out the local currency's sharp gains.

Hong voiced concerns about the Korean currency's rapid strength against the US dollar, saying that excessive currency volatility is not desirable. (Yonhap)