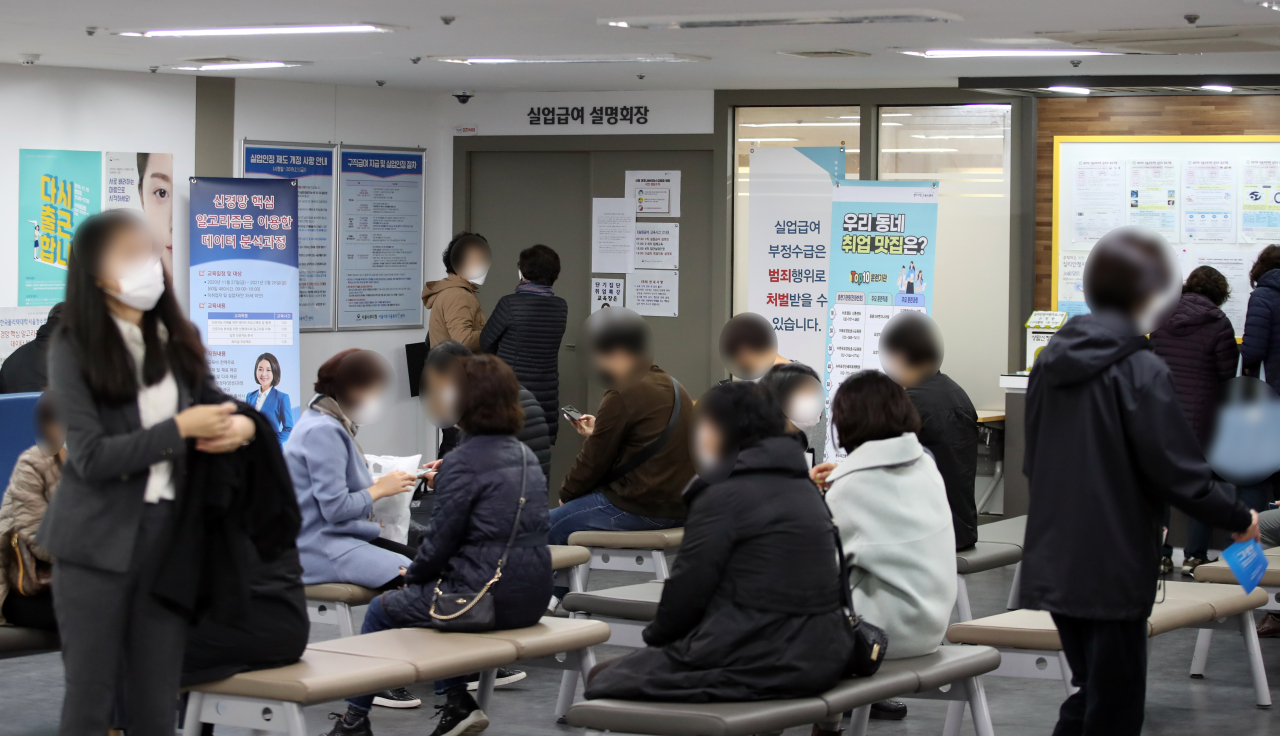 A group of people are on standby in front of a briefing room for unemployment benefits at a regional office of the Employment and Welfare Plus Center in Seoul earlier this year. (Yonhap)
SEJONG -- If current trends continue, the annual tally for payouts for the jobless will hover around an unprecedented 12 trillion won ($10.8 billion) in 2020, data from the Korean Employment Information Service showed.

Over the first 10 months of this year, the payment of unemployment benefits came to 10.26 trillion won. This has already outstripped the former record high of 8.35 trillion won in 2019.

The 2020 projection would be a 160 percent increase compared to 2015, when the yearly benefit payouts stood at 4.54 trillion won. 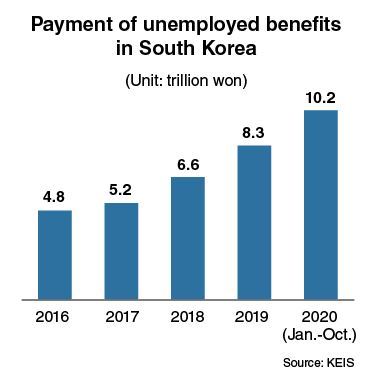 The lower limit in payment of unemployment benefits has to be set at 90 percent of the minimum wage.

In this situation, more and more market insiders are raising the possibility that the employment insurance funds will be depleted in the coming years. They are calling for the Ministry of Employment and Labor to push for revision of the payment rules.

By region, Jeju Province saw the number of monthly recipients surge more than 100 percent from 4,410 to 9,046 over the corresponding period. The island was holding a high portion of the self-employed in sectors including coffee shop owners and those engaged in tourism industry, both of which have been hit hardest by the pandemic.

By age, recipients in their 50s accounted for the largest proportion at 25.4 percent in October 2020, followed by those in their 60s with 22.5 percent.

Women outnumbered men among benefit claimants in the month, accounting for 50.6 percent of the total.

A division manager of the local tourism industry said, “Many young employees with short careers at our company were initially pressured to quit. Most of them are reportedly seeking jobs in other industries.”