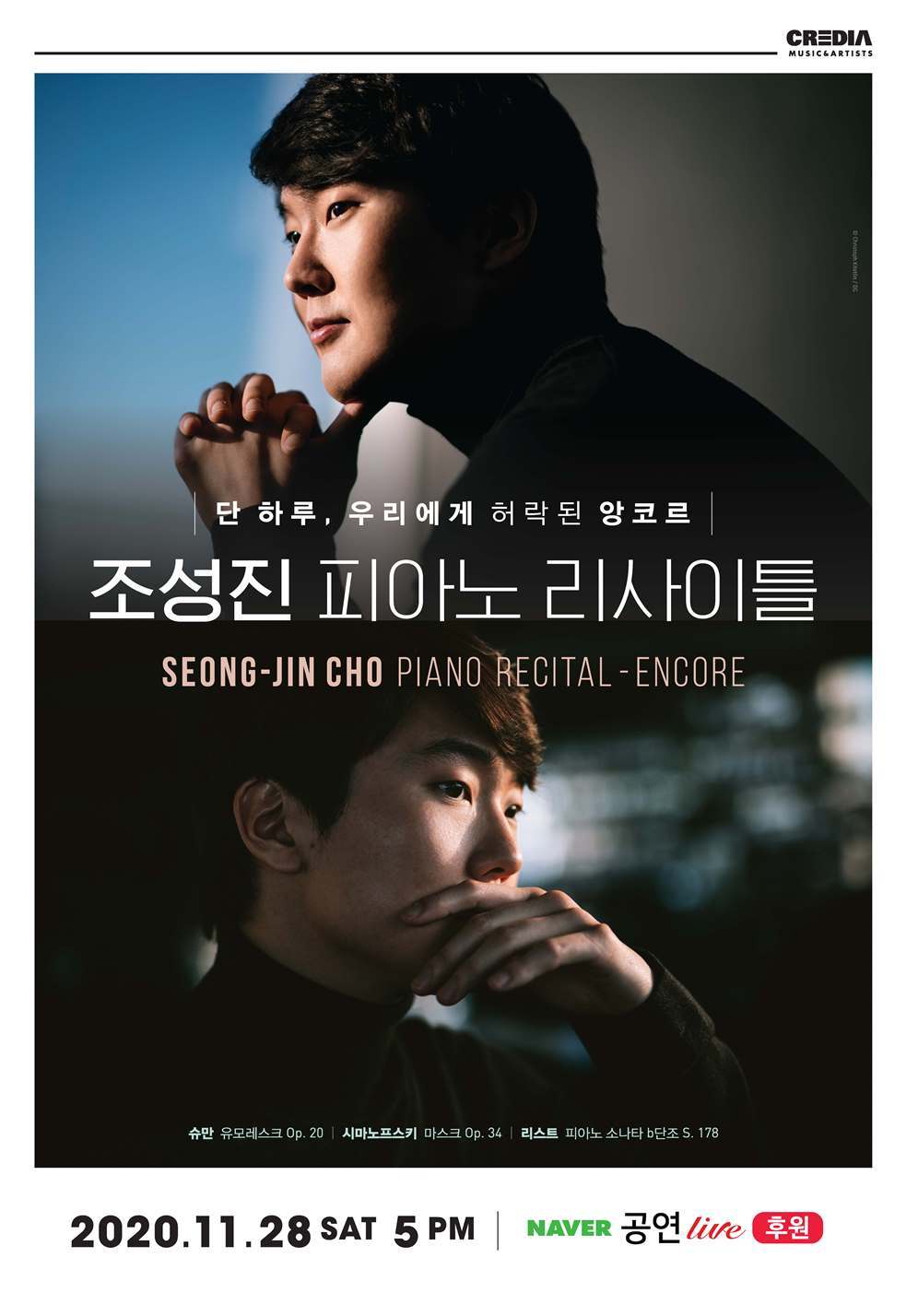 According to Credia, the organizers of the Cho’s month-long nationwide tour across Korea, Saturday’s recital at the Seoul Arts Center will be streamed live via its Naver TV channel.

For the access to the streaming, users can donate 10,000 won through the “sponsorship feature” on Naver TV, a streaming platform operated by the local portal giant which allows users to “donate” to shows.

The donation – equivalent to a ticket price -- is designated at 10,000 won for the recital.

Though Cho, the winner of the 2015 International Chopin Piano Competition, has connected with the wider public online on several occasions, it will be the first time Cho will have streamed a recital in Korea.

“We decided to stream his show live to repay the support Cho has received in Korea and to comfort those who are struggling from the COVID-19 pandemic,” an official from Credia said.

At the upcoming finale in Seoul, Cho will present the evening program from his tour: Schumann’s Humoreske, Op. 20; Szymanows’ “Masques,” Op. 34 and Liszt’s Piano Sonata in B minor, S.178.

Tickets for the 11-city tour across Korea sold out within a few minutes of release. It was the Berlin-based pianists first nationwide tour in Korea in almost three years.