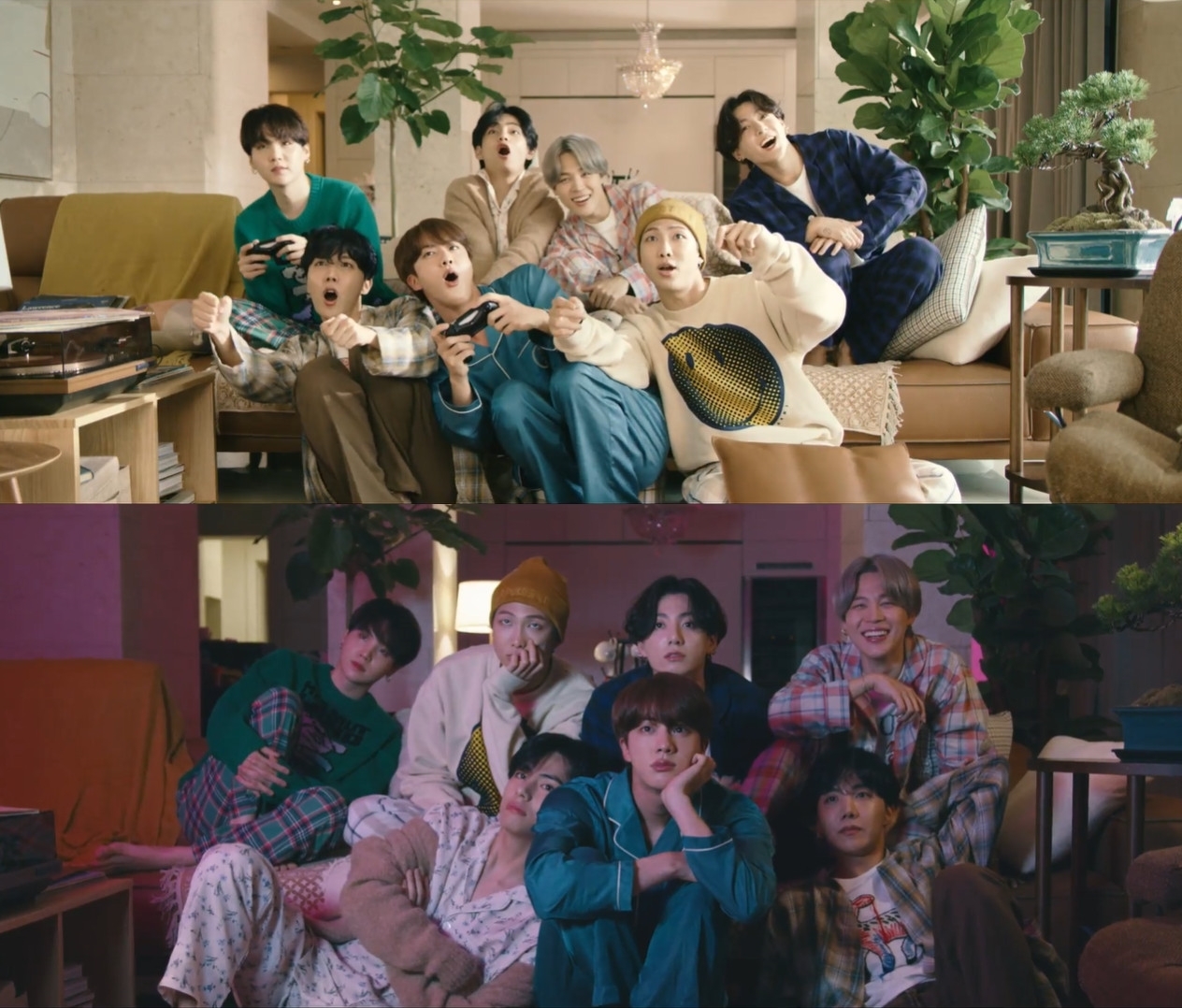 A scene of music video for the latest BTS song "Be" (Yonhap)
K-pop sensation BTS has topped 90 regional iTunes charts with its latest album titled "Be," the band's agency said Saturday.

Released the previous day, the band's fifth Korean-language studio album debuted at No. 1 on the iTunes Top Albums charts in 90 countries, including the United States and Britain, according to Bit Hit Entertainment.

At the same time, the title track, "Life Goes On," ranked first on the iTunes Top Songs chart in 90 countries.

Sales of the eight-track album, which also houses the chart-breaking single "Dynamite," have surpassed 200,000 copies, the agency added.

In a press conference in Seoul on Friday, the septet hoped their new songs would offer a message of hope to listeners around the world suffering from the protracted COVID-19 pandemic. (Yonhap)