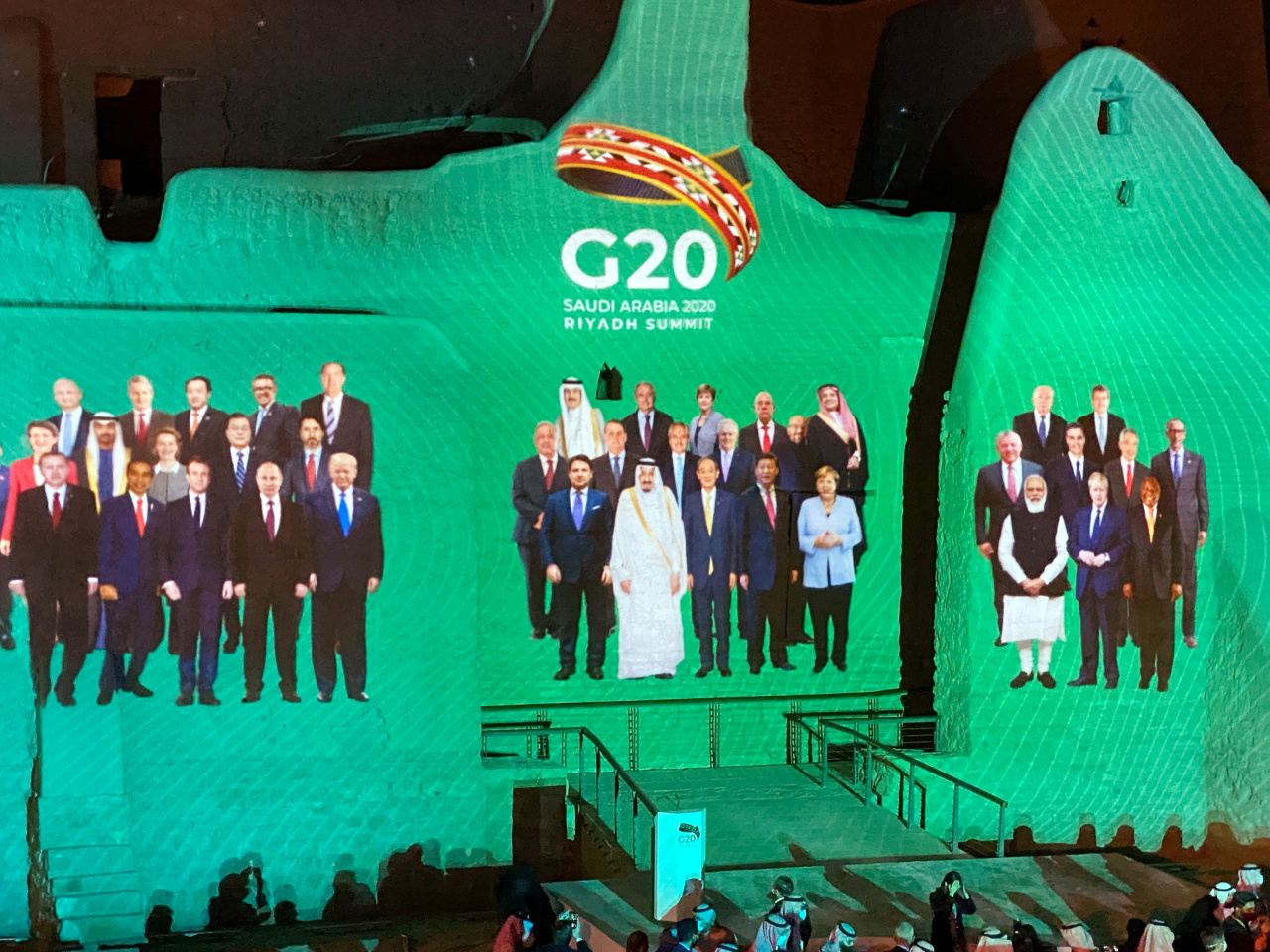 The two-day Group of 20 (G-20) summit, chaired by Saudi Arabia, is scheduled to open at night (Seoul time) for discussions on pending global issues -- from climate change to growing inequality.

This year's event comes as the world is gripped by the COVID-19 pandemic and its crippling economic impact.

With the theme of "Realizing the Opportunities of the 21st Century for All," the leaders are expected to seek closer cooperation to protect livelihoods and ensure an inclusive, sustainable and resilient recovery.

For his part, Moon plans to deliver a speech on South Korea's antivirus efforts and its ambitious push for fostering green and digital economies under the Korean-version New Deal, according to Cheong Wa Dae.

He will also call for "international cooperation to advance the recovery of the global economy and sustainable development," a Cheong Wa Dae official told reporters.

The summit will serve as an important chance for the G-20 members, including the United States and China, to strengthen coordination to overcome the pandemic and restore the global economy, the official added.

Their economies together account for 85 percent of the world's total gross domestic product and two-thirds of its population. The G-20 was launched in 1999.

(APEC) summit, held via video links, and stressed the need to facilitate cross-border movement of essential personnel despite border controls aimed at curbing the coronavirus spread.

The participating leaders of 21 APEC members adopted a joint statement at the end of the session hosted by Malaysia.

"We will cooperate to facilitate the movement of essential goods and services, as well as the essential movement of people in a safe manner, identifying and resolving unnecessary barriers to trade and strengthening the resilience of our supply chains," the

It added, "We recognize the importance of working together to ensure trade and investment can continue to flow in these trying times." (Yonhap)