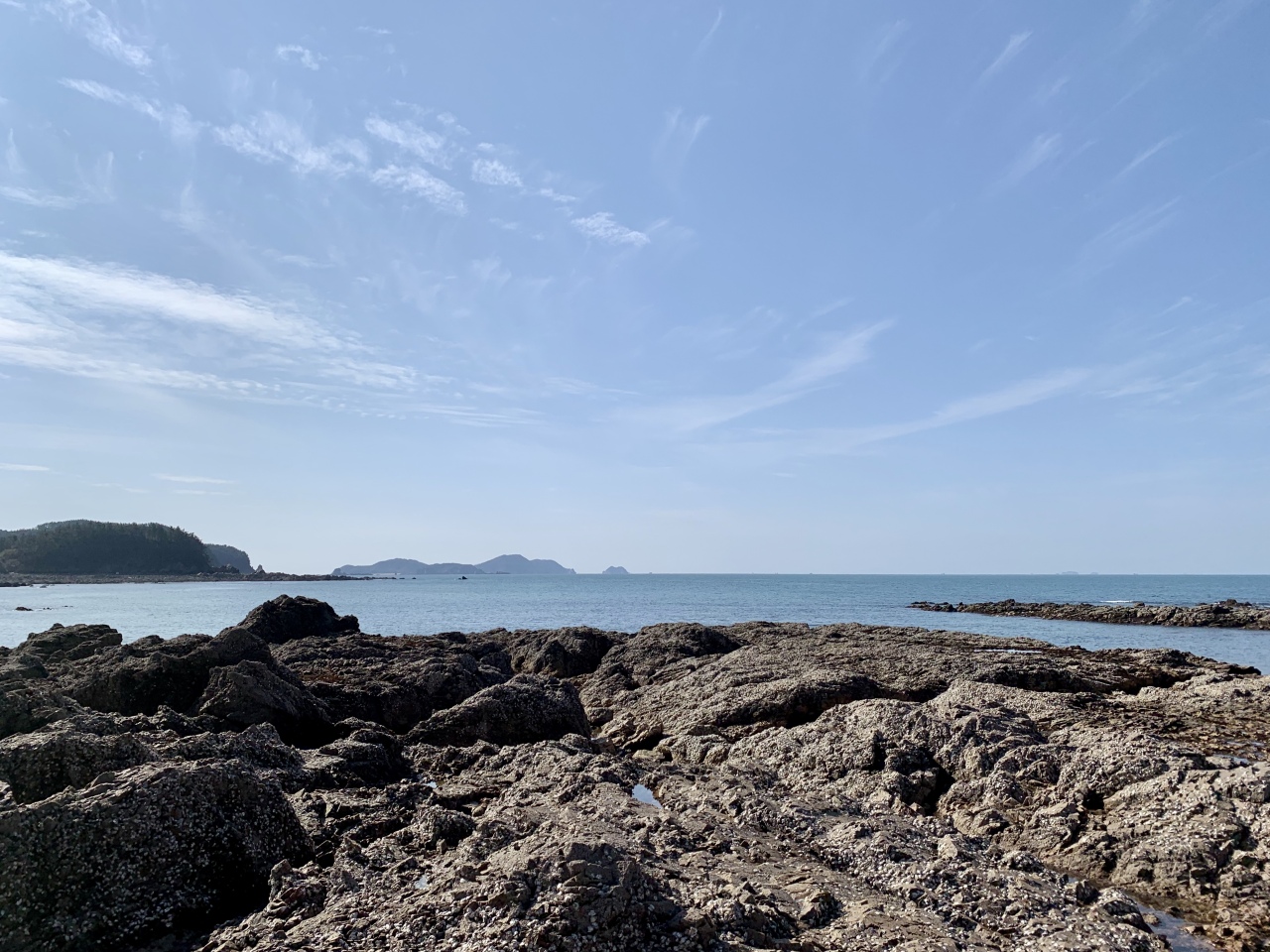 Wild oysters on the rocks at Padori Beach in Taean, South Chungcheong Province (Im Eun-byel / The Korea Herald)
Korea is bracing for another surge in the coronavirus pandemic, with rising numbers of cluster infections nationwide. As the global health threat continues to disrupt our lives, traveling may not be the wisest activity for a while.

However, if one must travel, Taean, a coastal county in South Chungcheong Province, is an option. 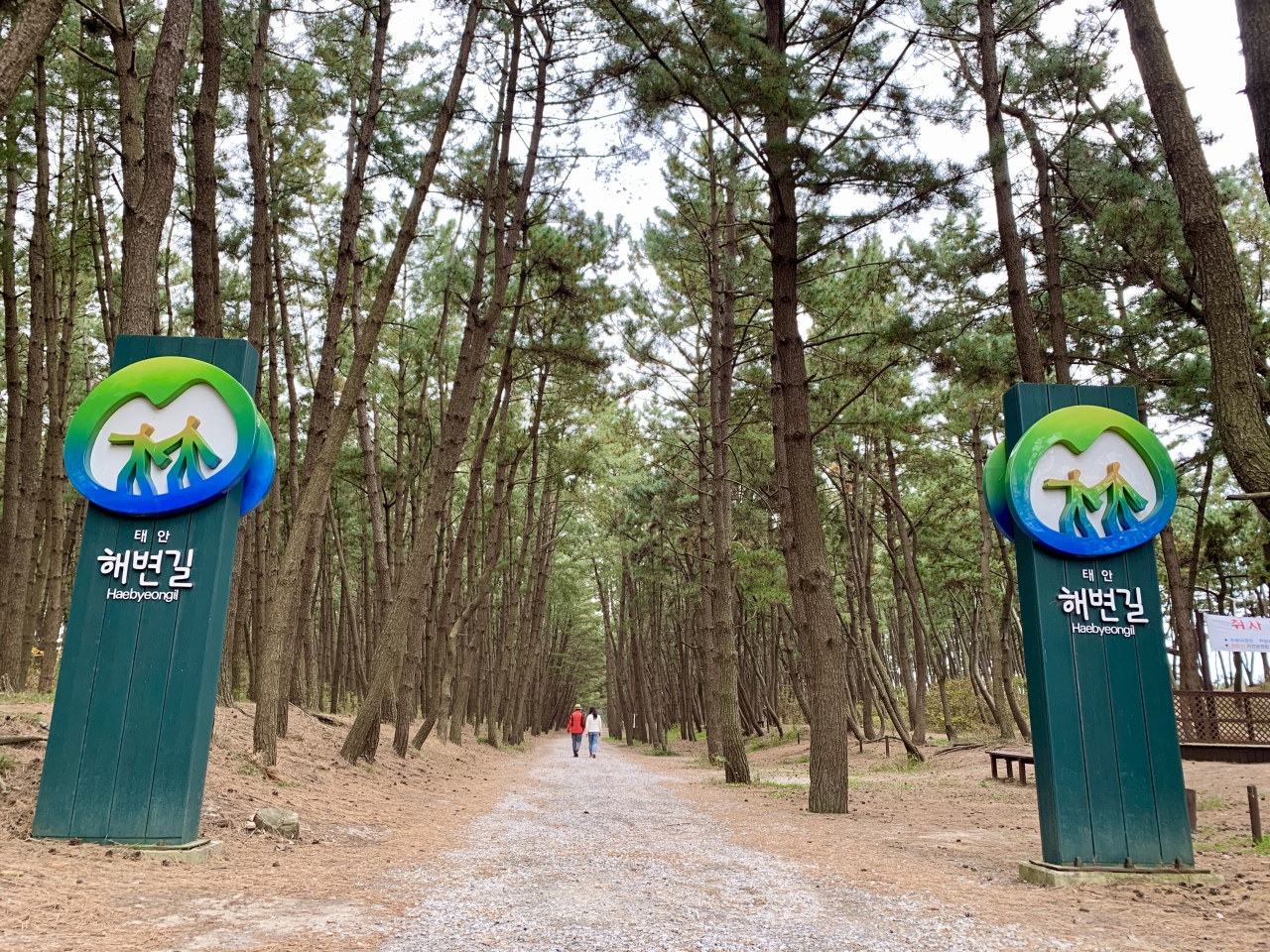 Pine tree road near Sambong Beach (Im Eun-byel / The Korea Herald)
A two-hour drive south of Seoul, Taean can be easily reached by car from many regions in Korea. The locale is also encompassed in wild nature, dispersing visitors across a wider area from mountains to beaches.

The small port city is an ideal summer getaway spot for families, but it is generally neglected in the colder months. These days, however, the city is attracting new travelers who are looking for Instagram-worthy shots, from tourist spots to gastronomy. 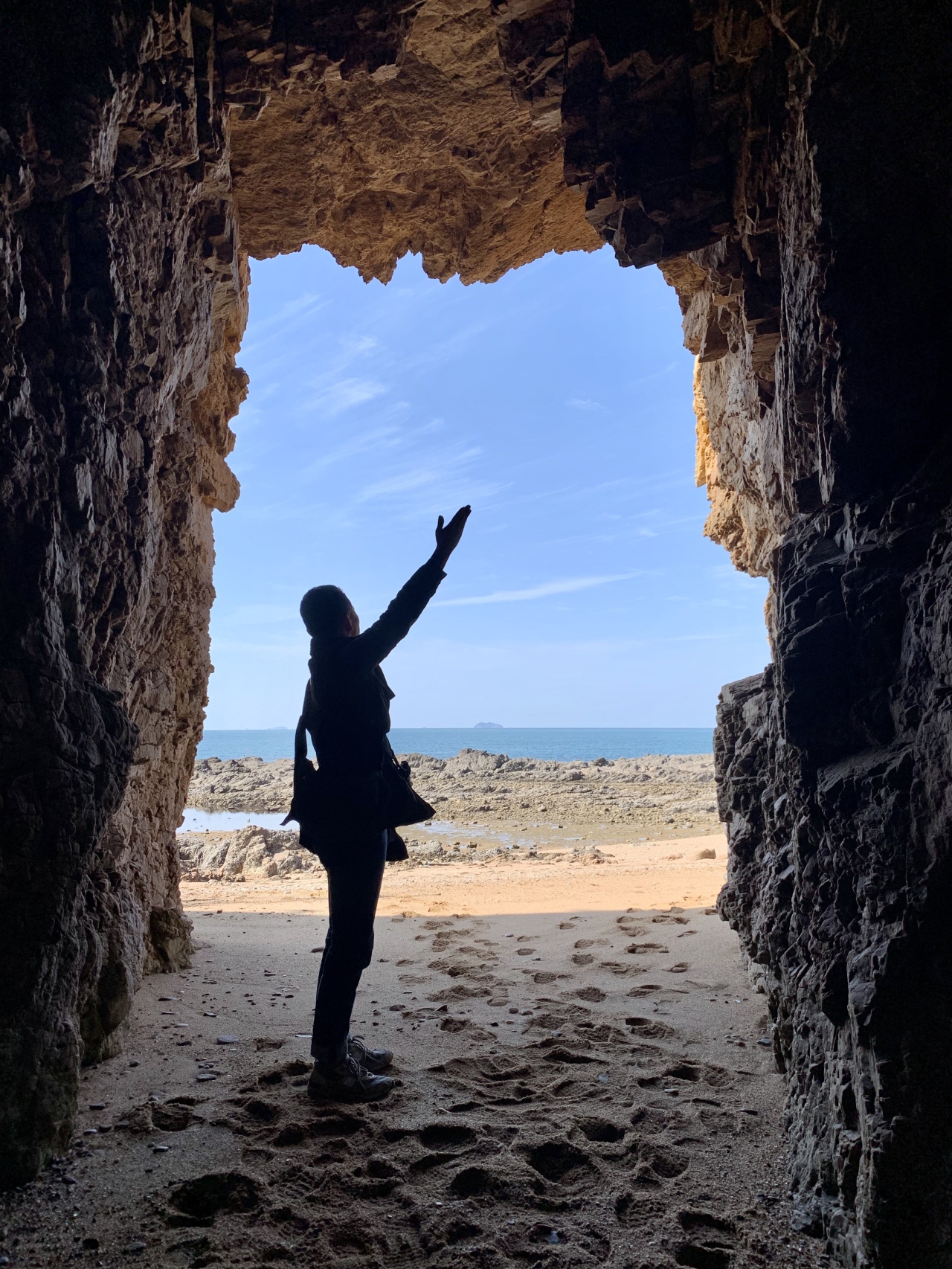 A tourist poses for photos at a cave on Padori Beach. (Im Eun-byel / The Korea Herald)
Secret sea cave

Padori Beach in Taean had not been the most-sought after beach in the area, often overshadowed by the fame of the Manripo and Cheonripo beaches. Even in the summertime, Padori Beach is typically not too crowded, compared to other beaches in the area.

These days, however, one can run into well-dressed young lovers and friends with tripods and cameras in tow at the beach. Though there are not any maps or signs on the beach, the visitors all head in one direction.

A sea cave on the beach has made its name -- though it does not have an official name -- on social media. Inside the grotto, one can look out to the ocean as if looking through a window and take pictures as if in a picture frame. On social media, if one searches the hashtag of Padori Beach in Korean, numerous photos taken at the cave spring up.

However, the walk to the cave is quite long and rough. Also as the west coast of Korea has tidal ranges of up to 10 meters, visitors should check the timetable for high and low tide before visiting, and closely pay attention to the clock while taking photos. 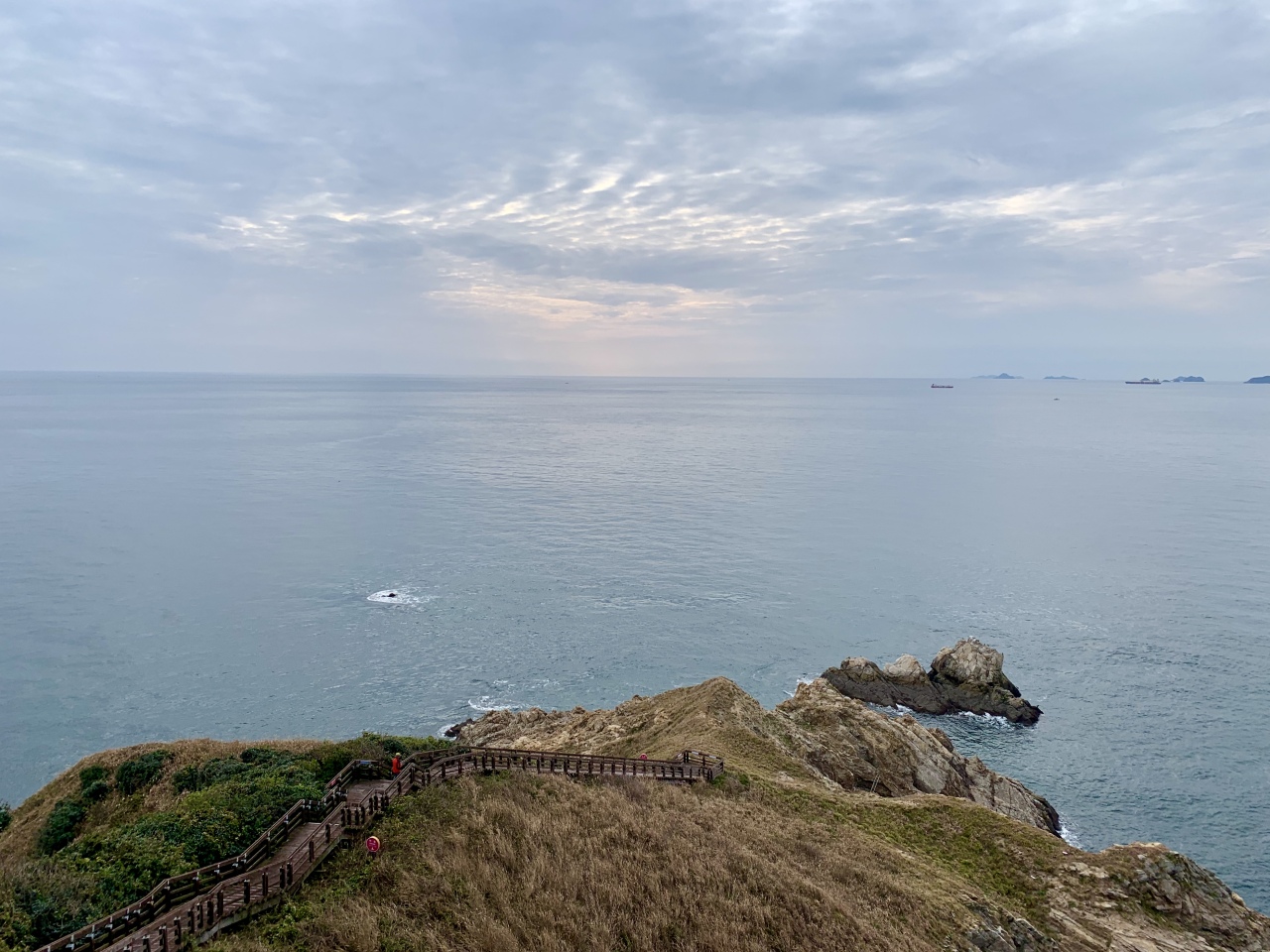 Only a white lighthouse stands on the island, with its lighthouse keeper the only resident. The lighthouse was constructed in 1907. For 106 years, the island was not open for visiting. It opened to the public in 2013.

The island came into the limelight when the Ministry of Oceans and Fisheries announced its lighthouse to be one of the 16 most beautiful lighthouses in Korea.

Ong Island is home to colonies of beautiful camellias. Visitors walk through an archway of camellias while walking up to the lighthouse atop the island in winter.

The area is famous for kkotgetang, a spicy blue crab stew. Blue crab is boiled with radish, onion and red chili powder. The soup is fresh and clean. It also makes for a great post on Instagram. 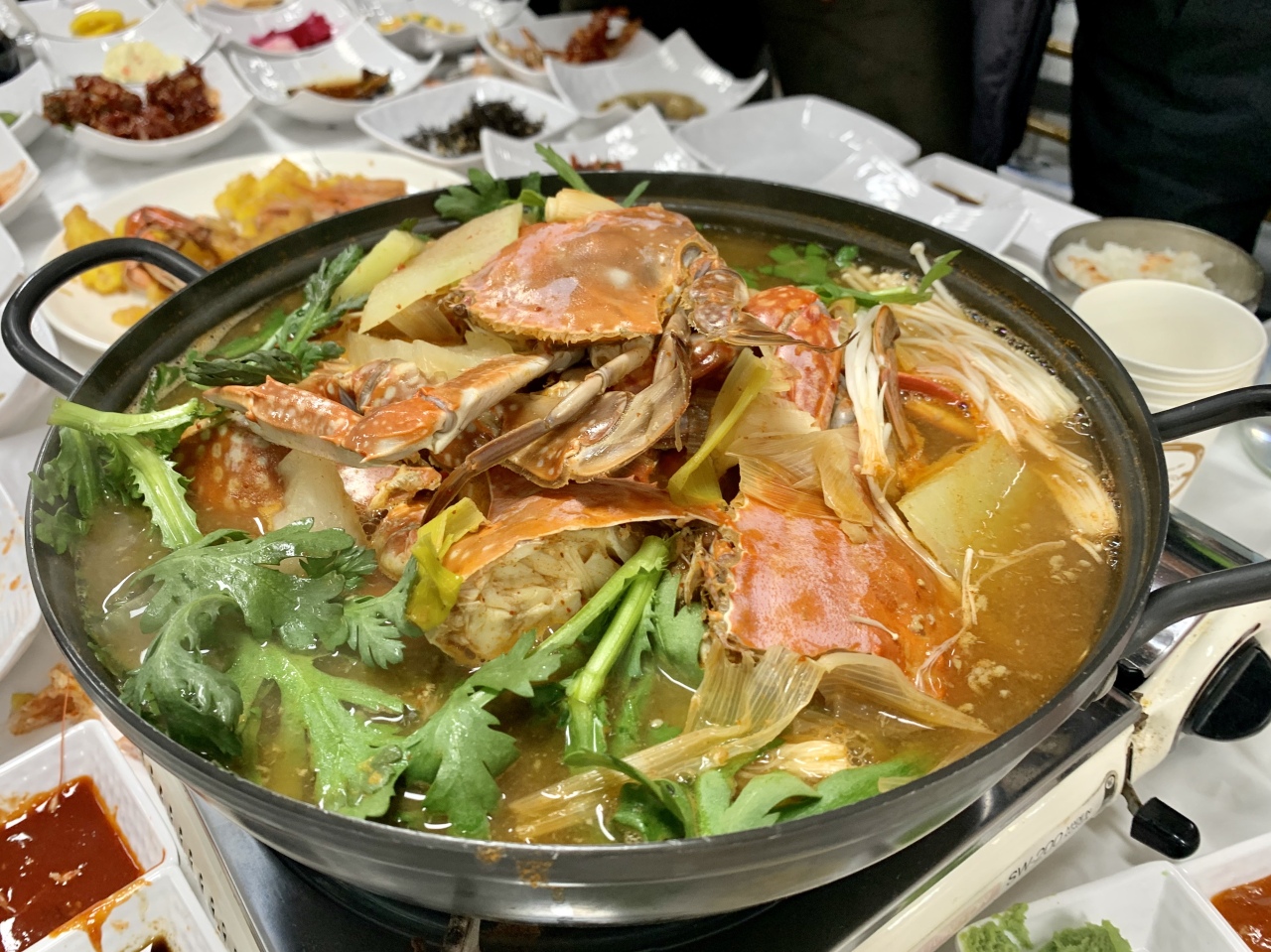 Kkotgetang, spicy blue crab stew (Im Eun-byel / The Korea Herald)
Cooked rice with mussels is another regional delicacy of Taean. Like its name, the dish is simply cooked rice with wild mussels. The wild mussels are smaller than the farmed ones we usually have in cities. The textures are different, too. Diners should empty out the cast iron caldron and pour hot water inside for nurungji, the crust of overcooked rice. 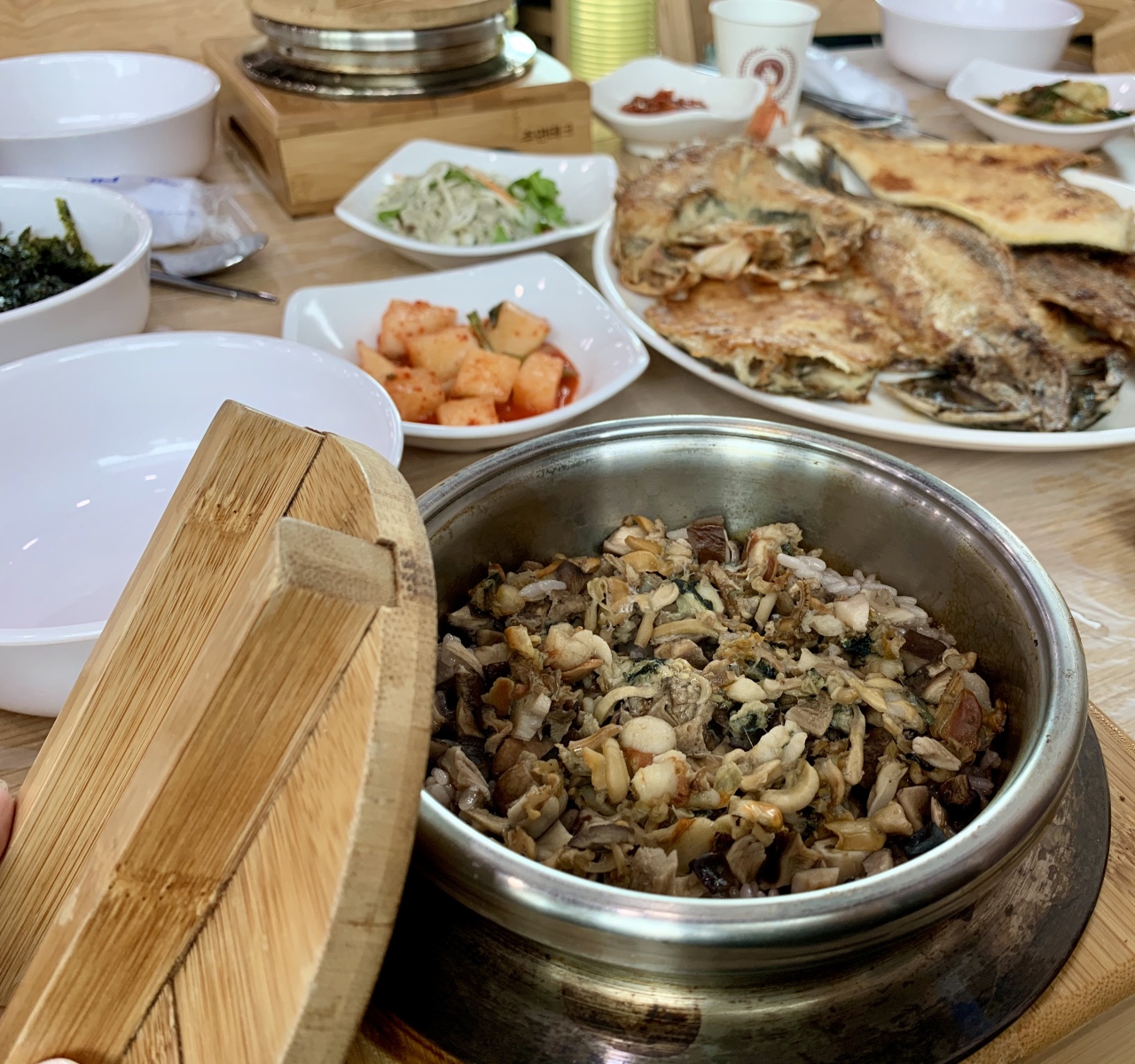 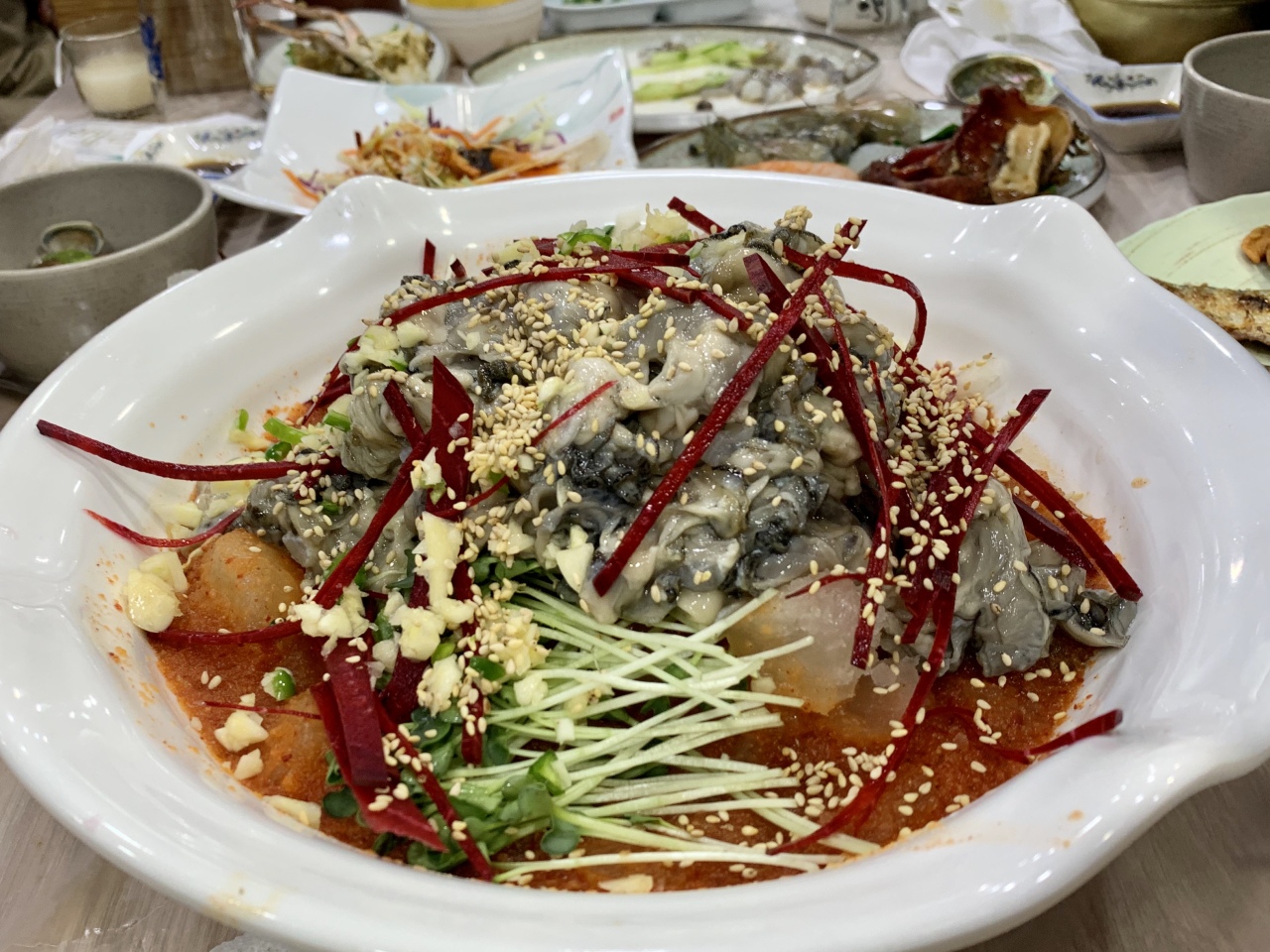