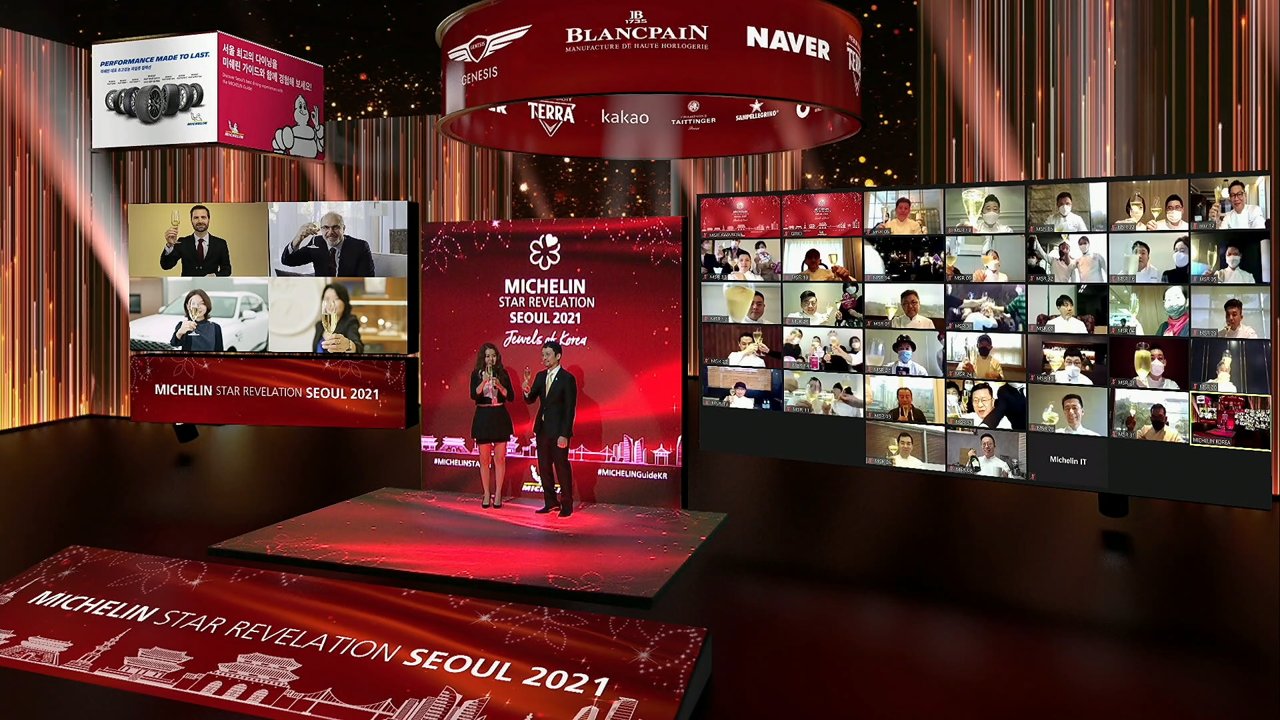 Michelin said it wanted to host an extravagant event for the fifth anniversary, but the pandemic situation made it necessary for the chefs to receive the awards separately by a Michelin official at each restaurant. The event started out with a video showing the efforts of chefs around the world supporting medical staff and communities to fight the pandemic.

“In the fifth year of our presence in Seoul, we are excited to announce that our selection has been enriched by newly found restaurants. Despite this unprecedented global crisis, riddled with economic pressures, temporary layoffs and shutdowns, many of you continued to play your part,” said Gwendal Poullennec, international director of Michelin Guides. “And it is your unwearing commitment and support that consolidated Seoul’s culinary scene.”

The judging process for the 2021 Michelin selection began in 2019 before the pandemic began. The total number of restaurants on the list remained the same as last year at 178.

The list of three-star and two-star restaurants was unchanged. Korean restaurants Gaon and La Yeon kept their three Michelin stars for the fifth year in a row, maintaining the stars since the first 2017 Seoul guide. All seven two-star restaurants from last year -- Mosu, L’Impression Kwonsooksoo, Mingles, Alla Prima, Jungsik and Kojima -- also maintained their stars.

Four additional restaurants made the one-star list this year, for a total of 23 one-star restaurants, one more than last year’s total. Of the four, three were promoted from Plate level. The three were two Japanese cuisine restaurants Muni led by chef Kim Dong-wook and Mitou led by chefs Kim Bo-mi and Kwon Yeong-woon along with L’Escape Hotel’s contemporary restaurant L’Amant Secret led by chef Son Jong-won.

The other restaurant to be newly listed as a Michelin one-star was Korean restaurant 7th Door led by chef Kim Dae-cheon, which made the Michelin list for the first time.

The Michelin Guide also awarded the first ever Michelin green star in Seoul, which recognizes restaurants that are models for their work in sustainable gastronomy, to Hwanggeum Kongbat led by chef Yoon Tae-hyeon and A Flower Blossom on the Rice led by chef Song Jeong-eun. 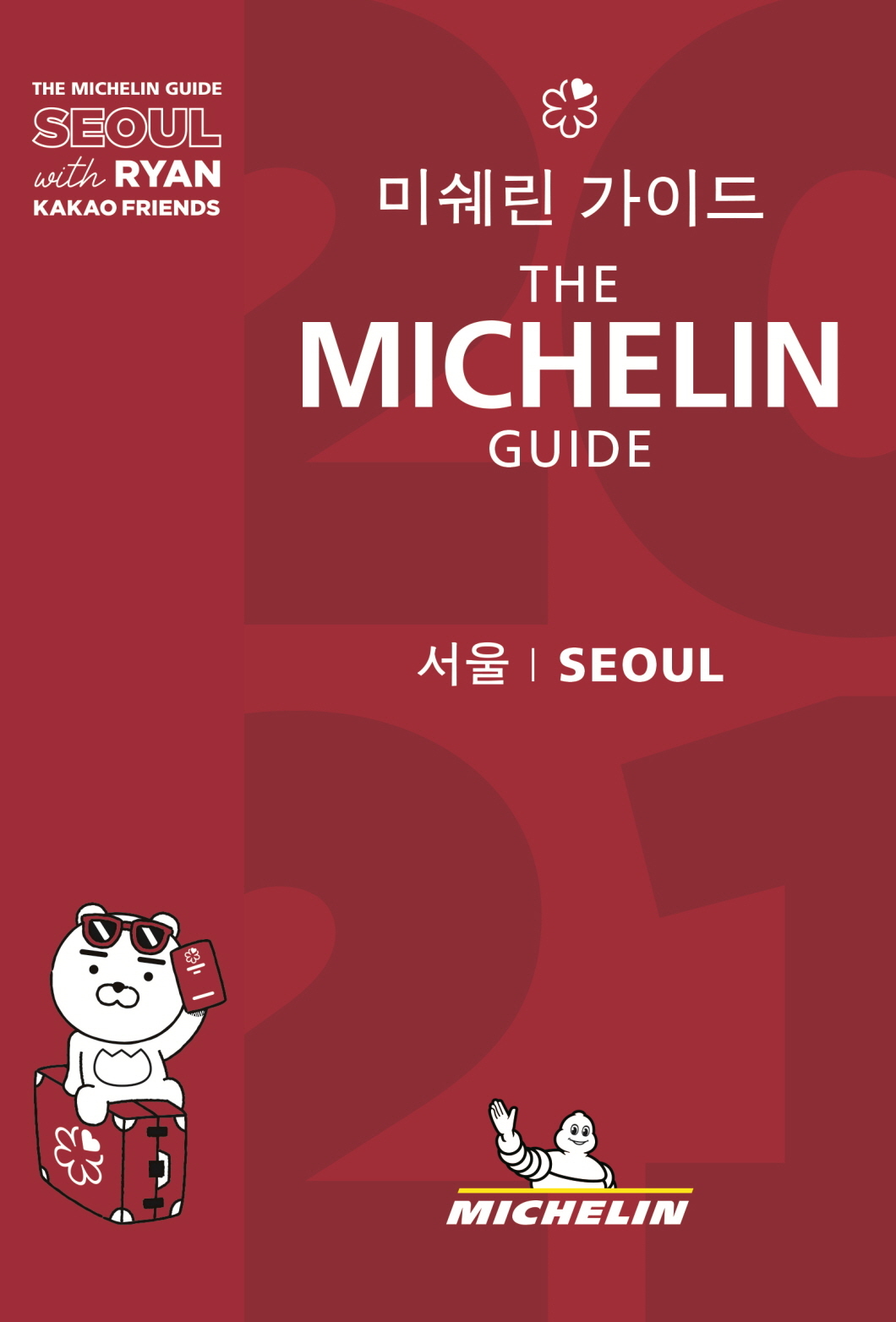 “The Michelin Guide Seoul 2021” (Michelin)
In addition to the Michelin-starred restaurants, 60 Bib Gourmand restaurants, serving quality food at prices under 45,000 won ($40), were selected prior to the event on Thursday along with 86 Plate restaurants, recognized for their delicious food.

For more information about restaurants listed in Michelin Guide Seoul 2021, visit the website at https://guide.michelin.com/kr/ko.