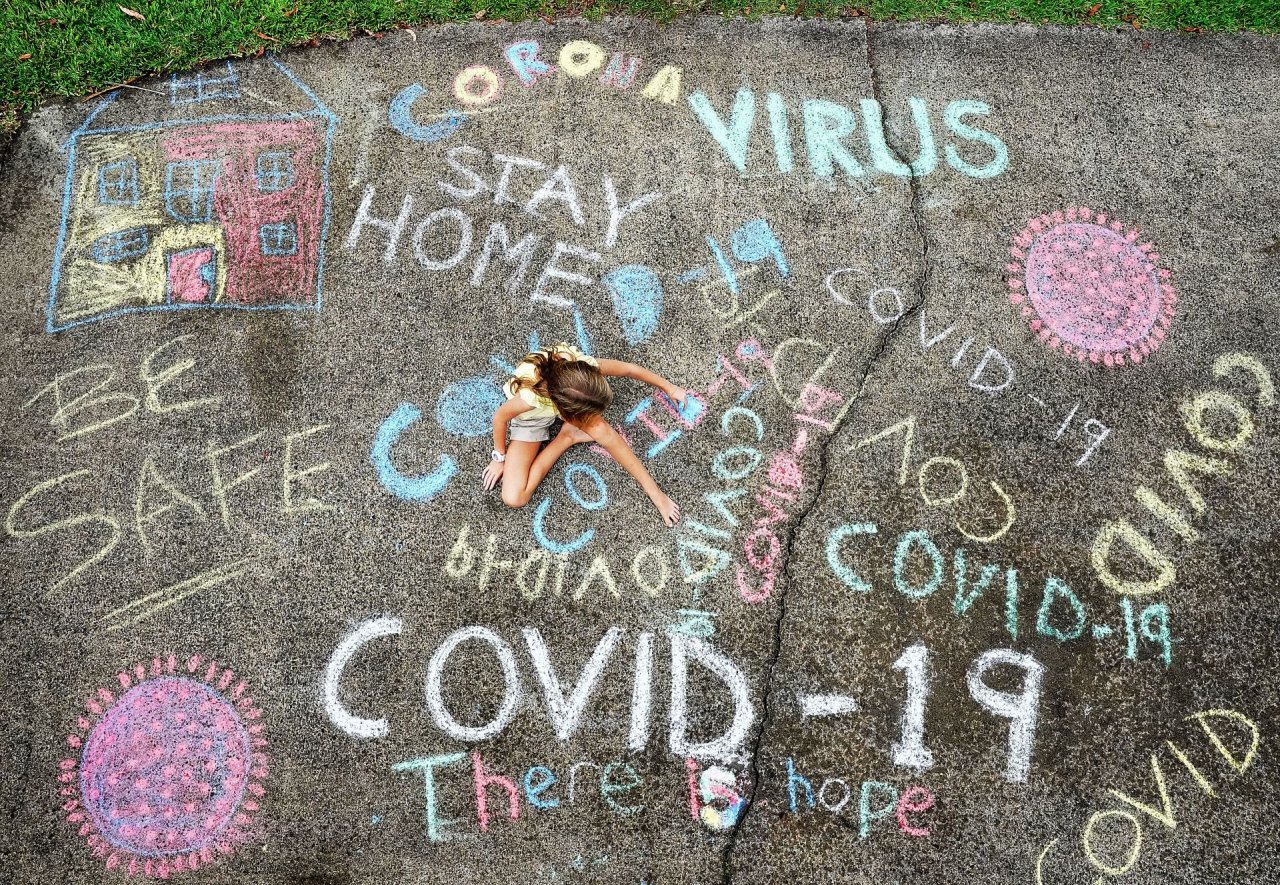 A girl drawing and writing letters with chalk at a house in the Gold Coast. (Dave Hunt of the Australian Associated Press)
An exhibition of press photos zooming in on life during the new coronavirus is set to begin at a Seoul museum next week, offering visitors a chance to see how the world is coping with the unprecedented pandemic, organizers said Thursday.

The exhibition, titled "At the Scenes of the Pandemic," features 120 photos taken by photographers at 47 news agencies around the world. It is scheduled to open at the National Museum of Korean Contemporary History in central Seoul on Tuesday, according to the organizers.

The exhibition, co-hosted by the national museum and Yonhap News Agency, South Korea's key newswire, is designed to share a message of hope and alliance during the bleak times.

The photos were curated into four themes: A Beginning Without an End; Control vs. Freedom; World in Standstill, Contact-free is New Norm; and Cooperation, Togetherness. 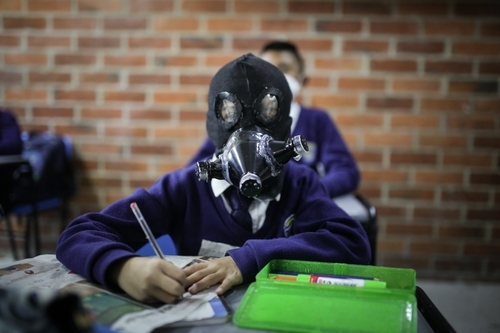 A student wearing a handmade gas mask in class. (Juancho Torres of Colombian newswire Agencia Anadolu)
The photos taken in 70 cities around the world -- ranging from Prague to Marrakesh -- portray how people are living their lives and engaging in acts of care and devotion despite the risks of infection and death.

One photo, taken in the central South Korean city of Daegu, shows an exhausted health worker taking a rest, while another photo taken at a care home at the Spanish city of Valencia, shows an elderly mother and her son embracing through a plastic curtain.

"The exhibited photos confirm that humanity is in the same boat despite differences like country, region, ethnicity and religion. (We hope) this photo exhibition can help provide comfort and hope to everyone who is struggling through this difficult time," Choi Jang-heon, the museum's acting director, said in a release.

The exhibition, which is also available online (www.much.go.kr), ends on March 1. Admission is free. (Yonhap)